HIGHFILL, Ark. (KFSM) — Planes have returned to the skies after a crashlanding temporarily closed XNA on Monday (Oct. 14). A Bonanza aircraft had its landing ge... 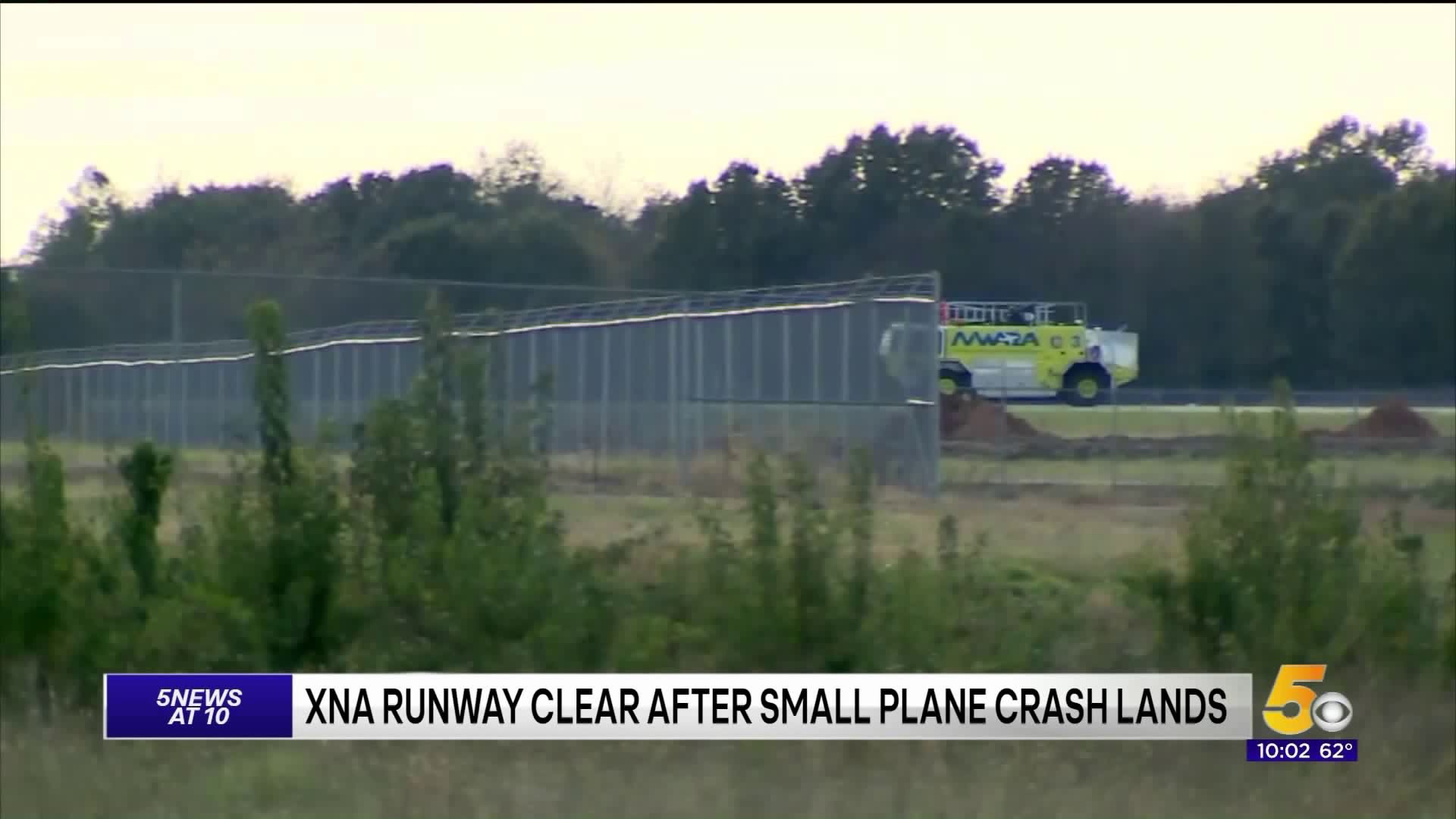 HIGHFILL, Ark. (KFSM) — Planes have returned to the skies after a crashlanding temporarily closed XNA on Monday (Oct. 14).

A Bonanza aircraft had its landing gear collapsed as it landed around 5:30 p.m., according to XNA spokeswoman Kelly Johnson.

Johnson said only the pilot was on board. He wasn't injured, and the plane sustained little damage.

More than a dozen flights were delayed as crews worked to remove the plane from a runway.

"They came over the loudspeaker and said that there was an incident at the airport, and there was a plane that landed wheels up," Amber Dietrich told 5NEWS.

Airport officials say the pilot took off in Texas and was headed to Wisconson. XNA staff got the call that the aircraft was experiencing an electrical emergency.

"Basically, that meant he lost his radios, lost the electrical components of the aircraft, and that includes the gear going down," Johnson said.

XNA was the closest place for the pilot to land.

While in the air, the pilot used manual cranks to get the landing gears down, and after making two passes by the tower, he finally landed.  When the plane touched down, the gears weren't locked, causing them to collapse.

"The aircraft sustained very little damage, and the pilot is fine. So, if you are going to have an accident, that's the kind of accident to have," Johnson said.

All the passengers 5NEWS spoke with at the airport say they are thankful everyone is safe.

"It was scary. Not for us so much. I felt fine. We didn't know how bad the accident was here," Dietrich said.

The crash landing caused the runway to close for about an hour and 40 minutes while crews worked to get the plane out of the way.

According to Kelly Johnson, XNA spokesperson, the runway was not damaged but the plane had minor damages. The damages require repairs to the landing gear and electrical system.