Six New Flu Deaths In Arkansas Reported By ADH, Including One Pediatric

ARKANSAS (KFSM) — 106 people have now died from flu-related illnesses in Arkansas this flu season the Arkansas Health Department (ADH) reports, including one ne... 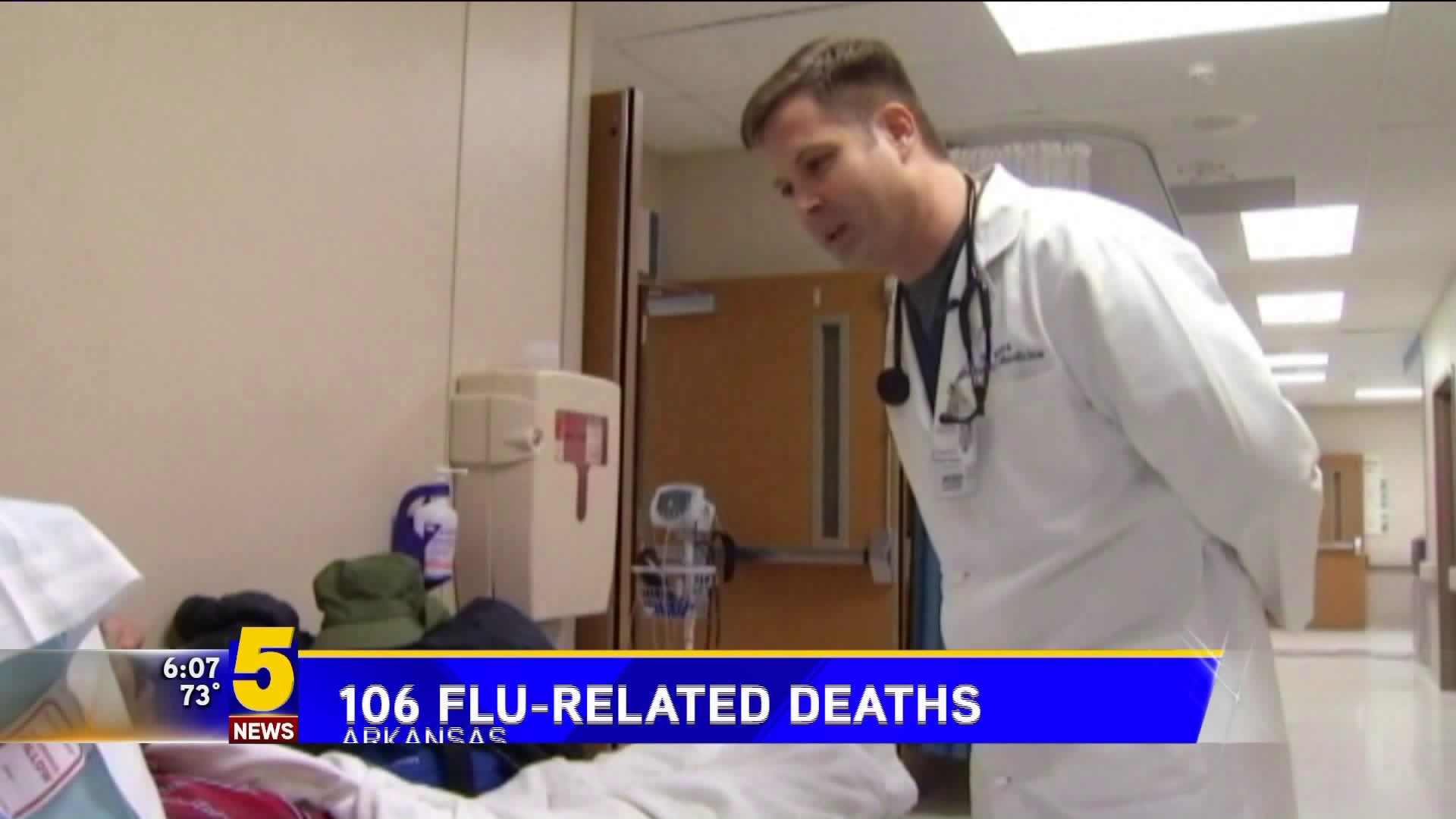 The ADH report noted that the state has reported "Local" activity to the Centers for Disease Control and Prevention (CDC) for geographic spread of influenza. 42 counties reported influenza cases last week, with the majority of reports coming from Pulaski, Crittenden, White, Craighead, Garland, Independence, and Johnson.

Since September 30, 2018, over 32,400 positive flu tests have been reported to the ADH online database by health care providers.

The ADH says about 1.6% of patients visiting emergency rooms over the last week were there for influenza-like illnesses (ILI). About 2.2% of outpatient visits were for ILI.

On average, school absenteeism rates for ILI was 5.6% among public schools. The ADH says as of April 16, 28 schools have had to close briefly due to the flu this season.

Since the start of the flu season, 12 nursing homes in Arkansas have reported influenza outbreaks.

The bulk of deaths reported to the National Center for Health Statistics attributed to pneumonia and influenza measured below the system-specific epidemic threshold.

Click here to view this week's flu report from the ADH.