MAYFLOWER, Ark. (KTHV) – Six months after the ExxonMobil oil spill in Mayflower, the city’s mayor is commenting on what cleanup has been like and ho... 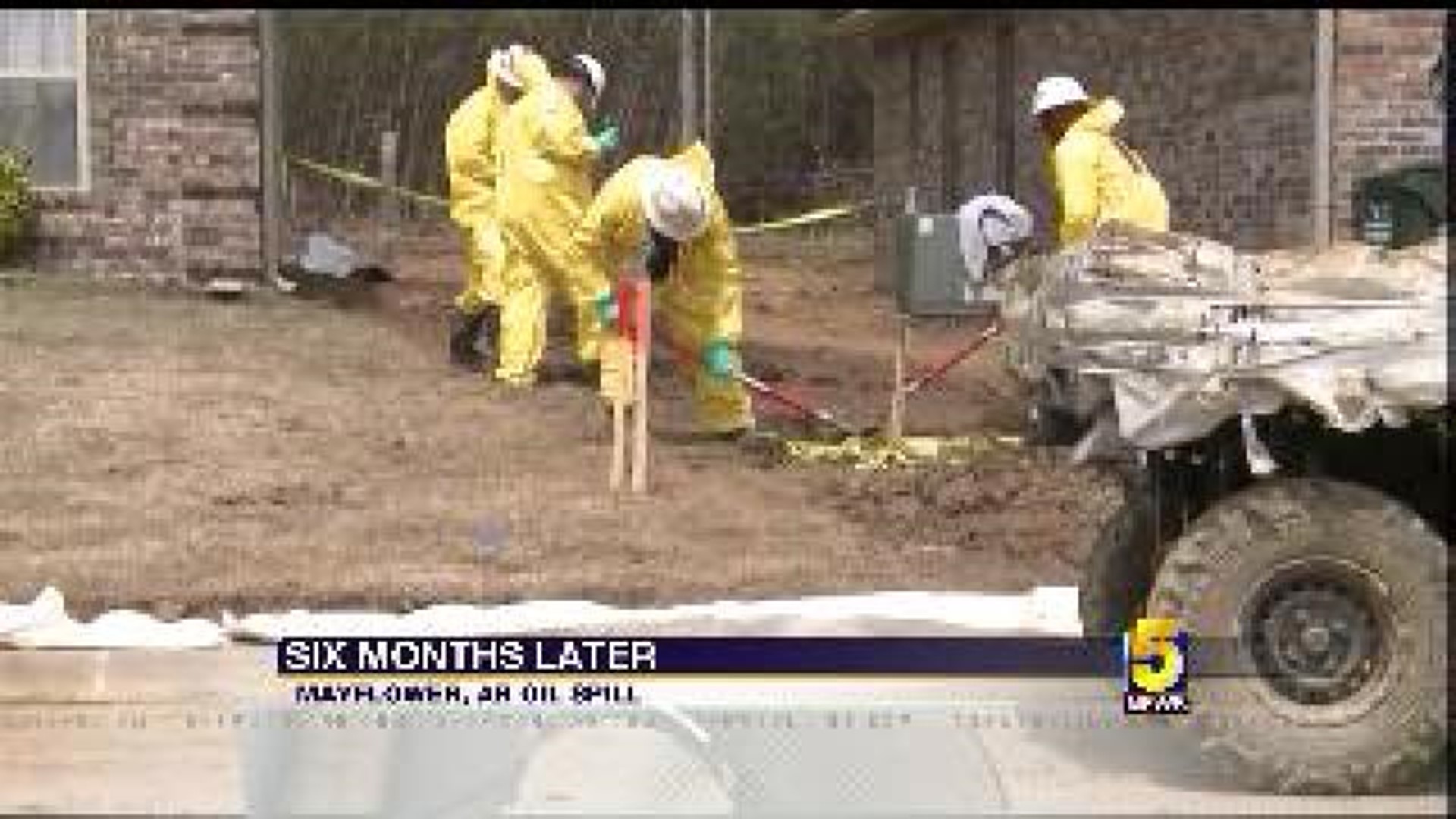 MAYFLOWER, Ark. (KTHV) - Six months after the ExxonMobil oil spill in Mayflower, the city's mayor is commenting on what cleanup has been like and how her city is recovering.

"CYCLES: Everything, the universe, life, and seasons of the year revolves in cycles. Also included in the realm of cycles is the ExxonMobil oil spill. The oil spill occurred in Mayflower, six (6) months ago on March 29, 2013, (Good Friday) a day that is considered to be the beginning of spring; a time of revitalization. But that is not what I felt on that day when I saw the black oil spilling onto residents' yards, progressing down the streets into the drainage ditches, and on toward Lake Conway.

During that short period of time, the future of Mayflower appeared to be bleak, insecure doubts clouded my mind, and I began having feelings of apprehensiveness. Thus, the beginning of the cycle for the ExxonMobil oil spill and that beginning was Emergency Response! And, the response was overwhelming!! All within a few short hours! ExxonMobil teams, along with City of Mayflower and Faulkner County employees were everywhere and doing everything in their power to stop the flow. The population of Mayflower grew from 2234 to approximately 3,000 on any given day.

Spring revolved into summer, and the efforts of ExxonMobil had rotated from an emergency response to a team recovery and cleanup crew.

Sunday, September 29th will mark the six (6) month anniversary, and as the summer months have passed, we are now revolving into fall. So too has the cycle for ExxonMobil revolved from emergency response, to recovery and cleanup, and now the remediation process.

Nearly all of the Northwoods homes have now been cleared for reentry and most of the heavy work has been completed. Yes, the ExxonMobil oil spill has been a disruption, but we are a resilient community. Each season or cycle will reveal that we are continuing to grow and becoming a better and stronger community with a future that I believe will be bright for the City of Mayflower.

I am pleased with the cycle ExxonMobil has taken concerning the oil spill and applaud their efforts and teamwork."

Mayor Holland is also hosting a media briefing on Monday, in which he will provide a brief tour of the incident site, as well as a six-month progress report on cleanup and remediation activity. That event is scheduled for 10 a.m.