FAYETTEVILLE (KFSM) — A man who was 15 years old when he killed and raped a 4-year-old girl in Fayetteville could be released from prison. In July 1986, C... 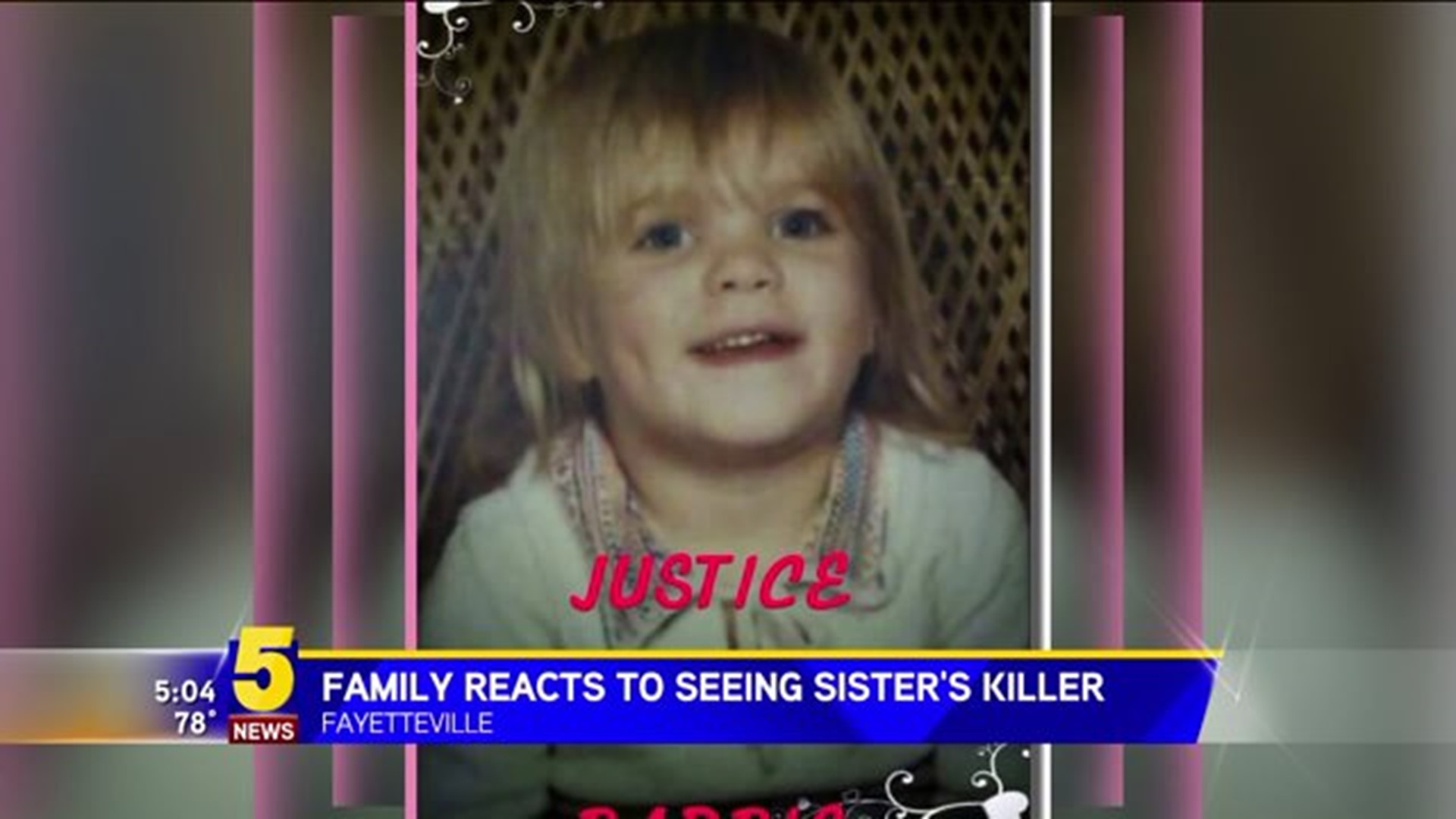 FAYETTEVILLE (KFSM) -- A man who was 15 years old when he killed and raped a 4-year-old girl in Fayetteville could be released from prison.

In July 1986, Christopher Segerstrom brutally murdered 4-year-old Barbara Thompson in a wooded area near the apartments where she lived.

On Friday (Nov. 4), Segerstrom who is now 45 years old, was at the Washington County Courthouse for a hearing that could lead to a new and possibly shorter sentence.

Barbara’s sisters said knowing he may get out is a nightmare.

"I didn't even want to breathe the same air as him in that courtroom, it made me sick," Trena Hoffman said.

Trena Hoffman is Barbara’s younger sister and was just two-months-old when Barbie, as family calls her, was killed.

Hoffman was at the courthouse with Rachel Wilson, who was born after the murder.

"To just see him sitting there in court and staring at us back with this smug look on his face that he knows he's back and he knows what he`s doing. He knows he`s stirring this up again for us," Rachel Wilson said.

The murder was gruesome and court documents state Segerstrom lured Barbara into the woods, telling her they would catch butterflies. Then he raped her and killed her with a rock.

"Finally seeing him come in the courtroom seeing the person who actually did it instead of just a picture, it made me sick," Wilson said.

A 2012 U.S. Supreme Court ruling found mandatory life sentences for juveniles were unconstitutional. Now that decision is being applied retroactively to cases like Segerstrom's.

Barbie’s sisters are hoping for one thing.

There are more than 50 cases across Arkansas like Segerstrom's and just last month a man who was sentenced to life in prison for killing a Springdale pawn shop owner when he was 17-years-old was released from prison.

Another hearing having to do with re-sentencing is scheduled for this month for a different juvenile convicted of murder in Washington County.