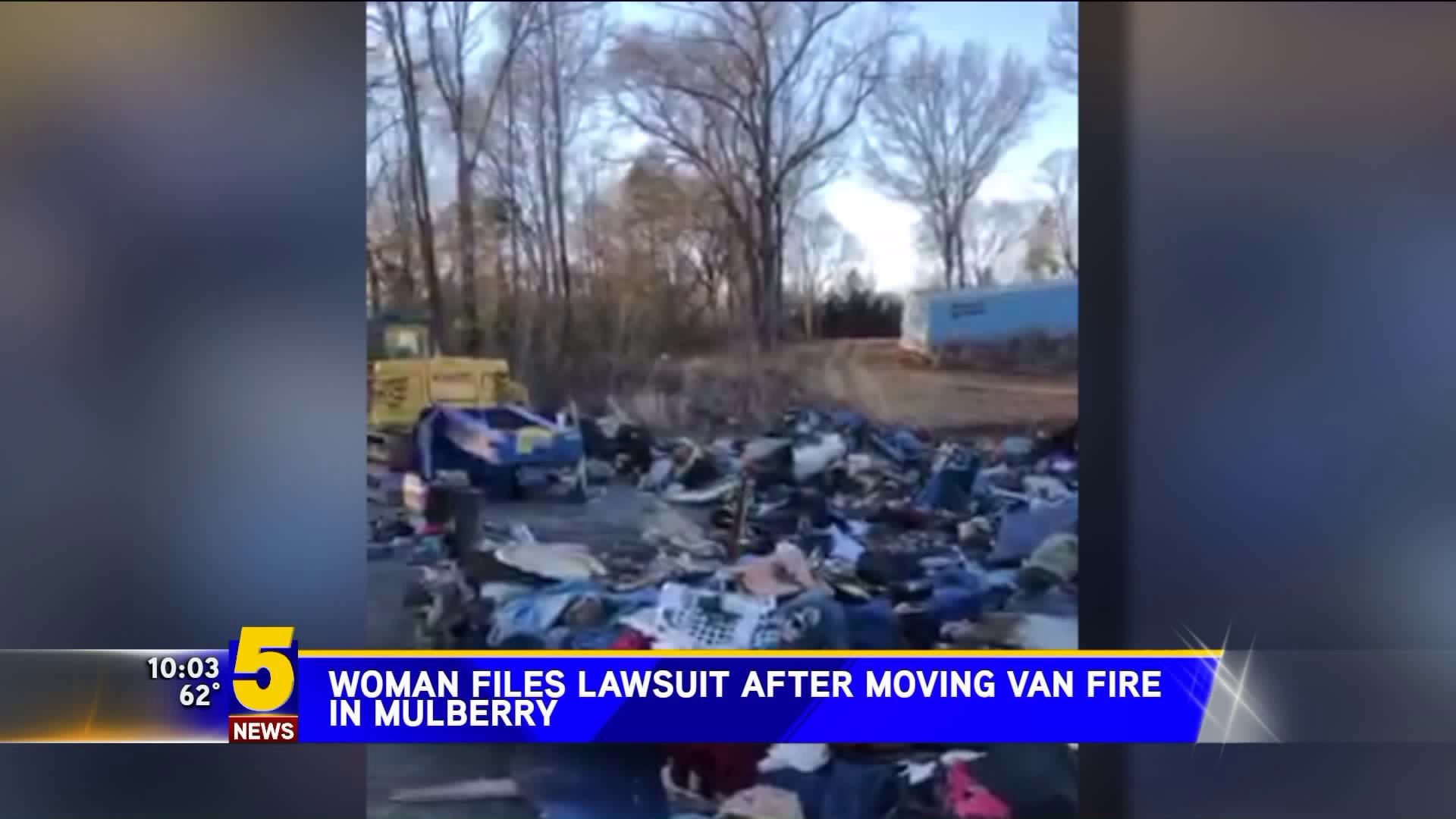 The families were finally able to recover some items, but there's more to this story.

Mulberry Police thought all of the victims had been identified. What they didn't realize at the time was that the moving company was allegedly hiding something, an undocumented shipment, belonging to a civilian.

Single mother Melissa Meyer says she was ready for a fresh start with her daughter in Washington state. She thought her belongings were headed across the country but the cargo never made it.

Meyer says everything she owned was in the tractor-trailer that caught fire in Mulberry on I-40.

"My first reaction was I stopped where I was, I happened to be in front of a Dunkin Donuts, I ran into there and I got physically ill," Meyer said.

She says almost all her things are gone including the inventory for her eyeglass business.

Mulberry Police Officer Thell Riddle says originally he had no idea there were more victims outside the military families, but he does recall finding piles of eyeglasses scattered on the road.

"My first thought was what women need this many pairs of glasses," Riddle said. "One of these military families thinks they need one pair of glasses for every day of the year. I didn't think anything about it until about two months later when Melissa did contact me."

It was one of the military families that first noticed Meyer's things among the charred remains destined for the landfill, and because of them, Meyer was able to recover some of her memories.

"I just wanted a fresh start and you know the loss," Meyer said. "I can't put into words the loss. It's like coming home and your house being empty and things happen, but no one is taking responsibility and they're trying to conceal it."

Riddle says he recently learned there was a sixth shipment also belonging to a civilian on that trailer. He says that information was never disclosed because there's no paperwork to prove it.

Meyer has filed a lawsuit and is hoping to be compensated so she can rebuild her life and feel whole again.

5NEWS reached out to the defendants in this lawsuit including Suitable movers, Carlyle Van Lines and Vanliner Insurance Company. Each one either did not want to comment or did not get back to us.