SILOAM SPRINGS (KFSM) — Several locals are out valuables, after a spike in car burglaries in Northwest Arkansas. In just one night, six vehicles were brok... 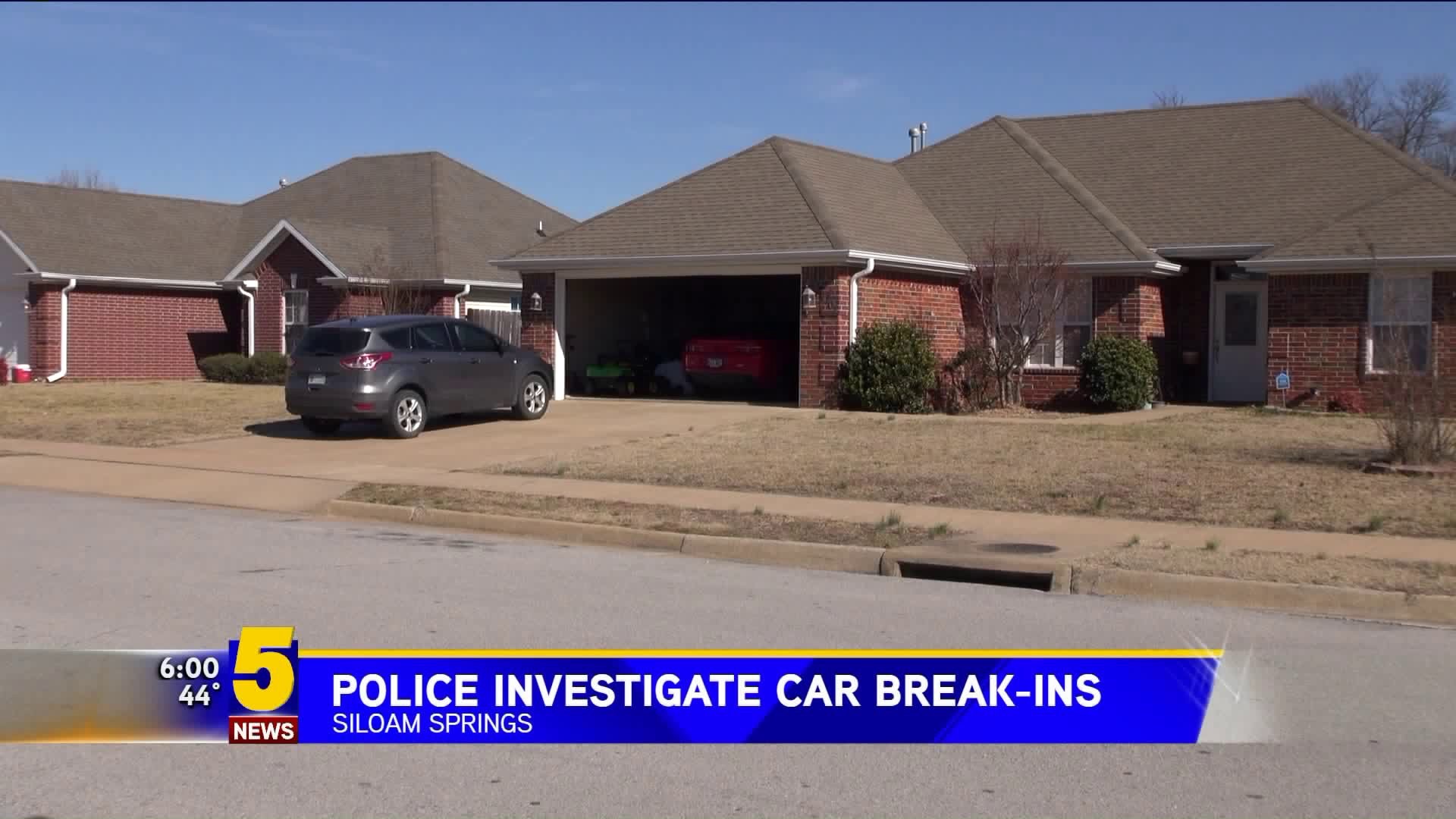 SILOAM SPRINGS (KFSM) -- Several locals are out valuables, after a spike in car burglaries in Northwest Arkansas.

In just one night, six vehicles were broken into in one Siloam Springs neighborhood and all could have easily been prevented. Captain Derek Spicer said all of those vehicles were left unlocked.

“It's a very easy way to make a little extra cash. They are going to steal your high value items that you leave in your car like your checkbook, credit cards or jewelry, phones and obviously the worst is the firearms, but they are going to pawn those or trade those,” Spicer said.

Spicer said in 2017 the city had 98 vehicles broken into and the majority of those cars were unlocked.

“You just don't believe that crime happens in your town. As safe as our town is and most towns are we can't prevent all crimes as hard as we try. All it takes if for one individual to walk down the street and pull on a few car doors and get what they want,” he said.

Spicer said don't leave your garage door opener in a parked car outside your house. He said to make a habit of taking it inside with you every night.

Rogers police are taking a light-hearted, but aggressive approach to remind people to lock up. Every night at the same time - they post a "9 p.m. routine" on their social media with a funny meme to catch attention - all to remind residents to lock their cars.

The Siloam Springs Police Department offers Project Stronghold. Call the department and they will send an officer to your home to do a free safety assessment to let you know how safe you are. Check with your local police department to see if they do something similar.