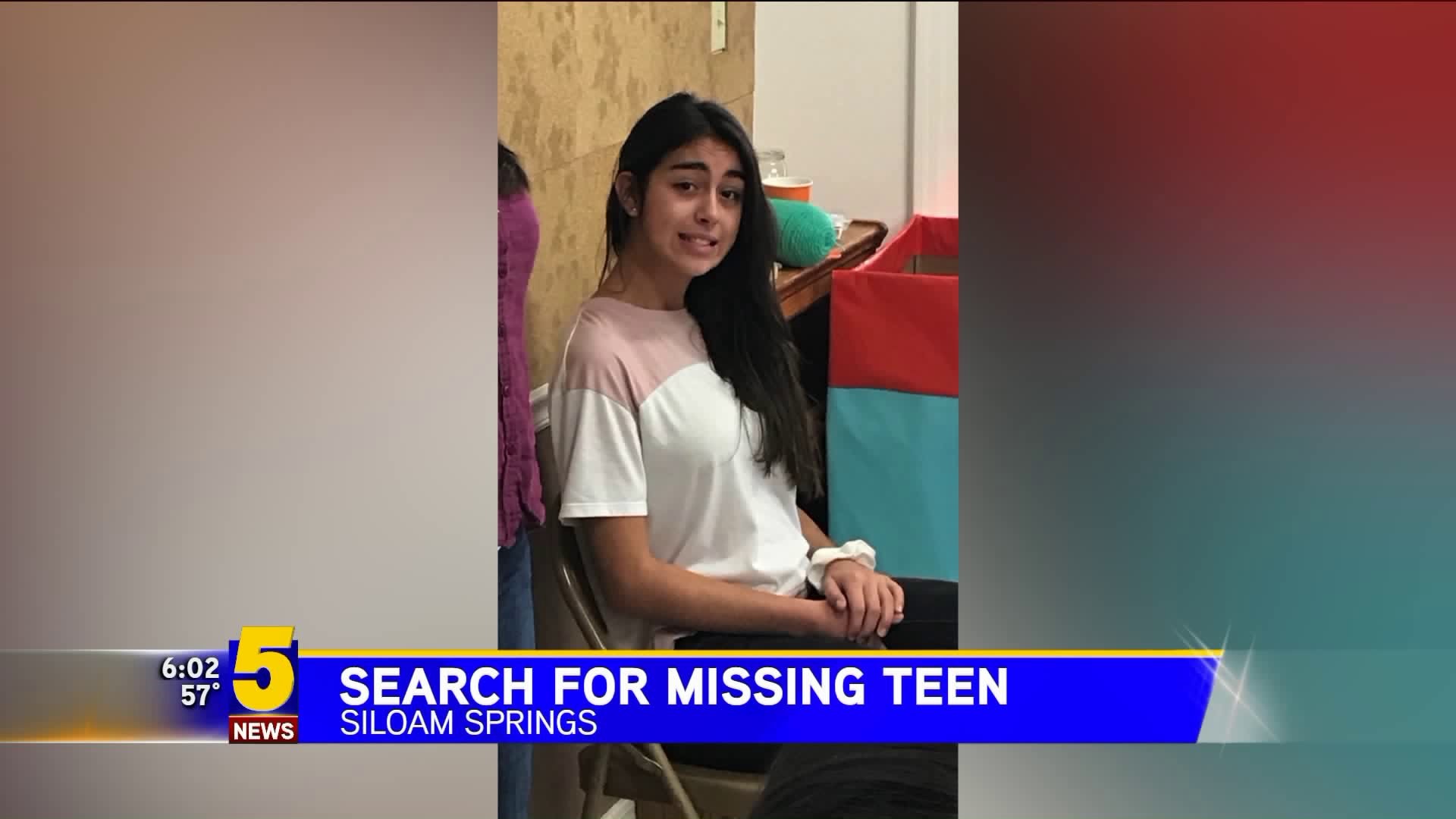 Wyllow Mistyke Roberts, 16, was last seen getting off a school bus in Siloam Springs on Wednesday (April 17).

Her parent's told 5NEWS she likely ran away.

Surveillance cameras caught Wyllow stepping off a school bus and dropping her backpack on a bench in front of their house. Her parents say she then looked over at their neighbors to make sure they didn't see her and ran out of the shot.

Jessica Roberts, Wyllow's mother, says she had been threatening to run away.

"She started seeing a girl that we had living with us that we were trying to help out, giving a place to stay, and she's too old for Wyllow so we kicked her out," Jessica said. "Wyllow was mad because we wouldn't let her see this woman."

Jessica went on to tell 5NEWS the police have questioned the girl that was kicked out of their home but said she informed police she did not know where Wyllow was. Jessica also said Wyllow does not have a cellphone.

Wyllow is described as 5 foot 7, 100 pounds and has brown hair and brown eyes. She was wearing a black shirt, blue jeans and black shoes. Police say she may be in the Fort Smith area.

Captian Derek Spicer with the Siloam Springs Police Department told 5NEWS officers have been going door to door in search of Wyllow.

If anyone has any information as to her whereabouts, please contact the Siloam Springs Police Department at (479) 524-4118 or via email at tips@siloamsprings.com.