FORT SMITH (KFSM) — A man is dead and police have arrested a suspect following a shooting early Tuesday morning (Feb. 28) at a Fort Smith apartment comple... 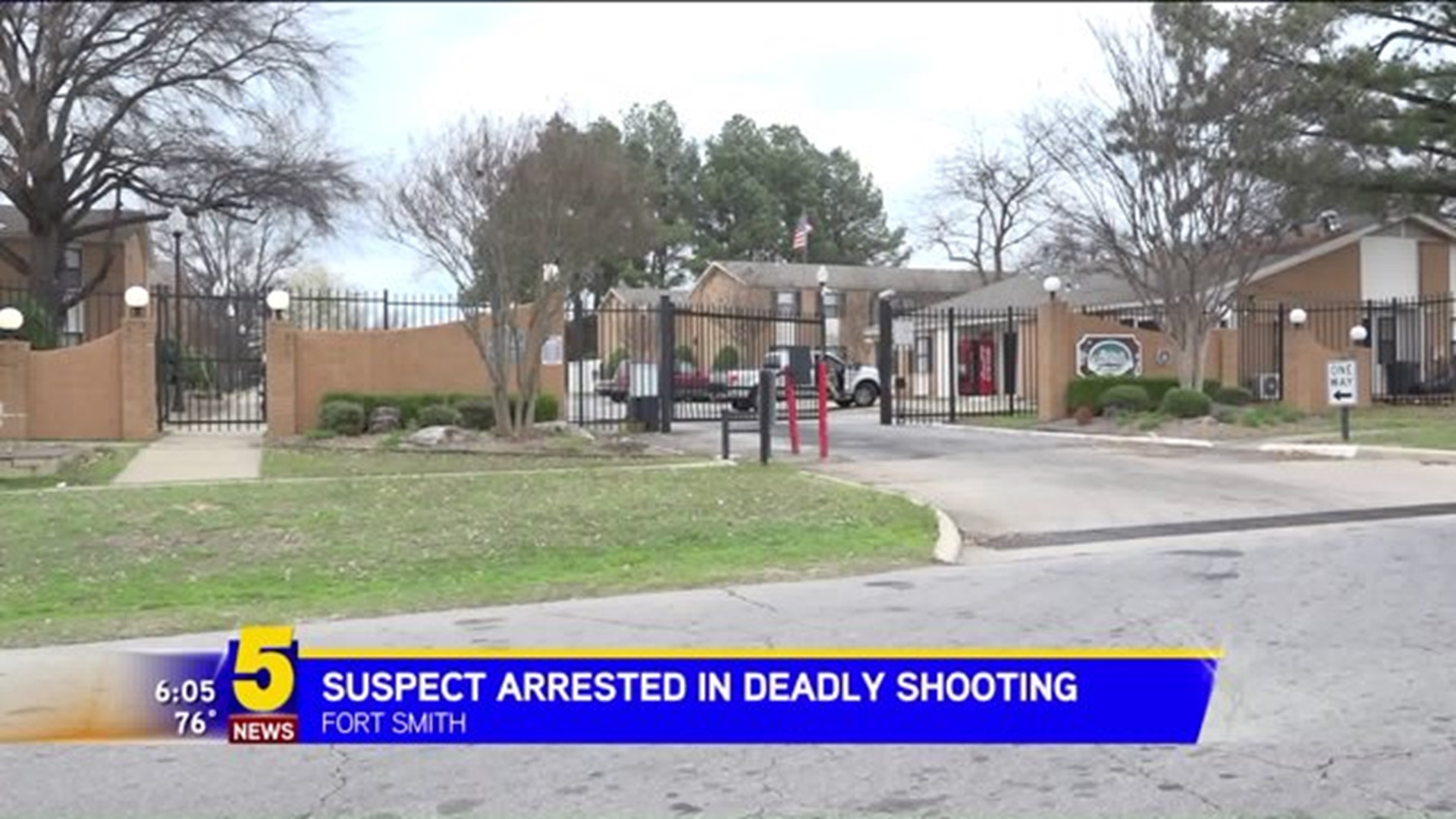 FORT SMITH (KFSM) -- A man is dead and police have arrested a suspect following a shooting early Tuesday morning (Feb. 28) at a Fort Smith apartment complex.

The shooting happened shortly after 1 a.m. in the parking lot of West Apartments on North 50th, across from Kay Rodgers Park.

Investigators said Thomas was shot in the face while sitting in a vehicle in the parking lot. Investigators said the suspect, whom officers identified as Jeremy Palmer, 25, took off on foot following the shooting.

Thomas and his wife were sitting inside their vehicle in a parking lot after having car trouble, according to a press release.

"They were experiencing car trouble. Apparently, it wouldn't start. A tenant from the apartment complex offered assistance to jump start the vehicle," said Daniel Grubbs with the Fort Smith Police Department.

A tenant came up and offered them help, which the Thomas' declined. Palmer was standing near the tenant and asked if the people inside the car had been rude. The tenant told Palmer they didn't act appropriately, which is when Palmer walked over to the vehicle, opened the driver's side door and fired a shot at Thomas, hitting him in the face.

Several hours later, officers arrested Palmer at Allied Gardens Estate on Johnson Street without incident. According to police on scene, Palmer was knocking on apartment doors and walking around the complex. One resident recognized Palmer by his wanted picture on Facebook and called police.

Officers said no weapons were found on Palmer, and he was taken to the Sebastian County Detention Center. Investigators said Palmer was picked out of a lineup by witnesses.

Fort Smith Police received a phone call from a concerned citizen who resides in the 5200 block of Elm Street. The resident reported that an unknown person was lingering around their backyard and may have entered their basement on the night of the shooting. The homeowner's reported when they went outside, they observed a man leaving their yard and jumping over the fence.

Investigators went to the residence to further investigate. During a consent to search, investigators located a revolver hidden behind a rock and a backpack hidden in the homeowner's basement. Items recovered from inside the backpack were identified as property owned by Jeremy Palmer.

Palmer is facing charges of first degree murder, terroristic act and felon in possession of a firearm, the release states. No bond has been set at this time.

The family of Jason Thomas has set up a GoFundMe account to help with funeral expenses.