PRAIRIE CREEK — A teenager drowned at Prairie Creek Marina on Sunday, according to a spokesman at the Benton County Sheriff’s Office. Shannon Jenkin... 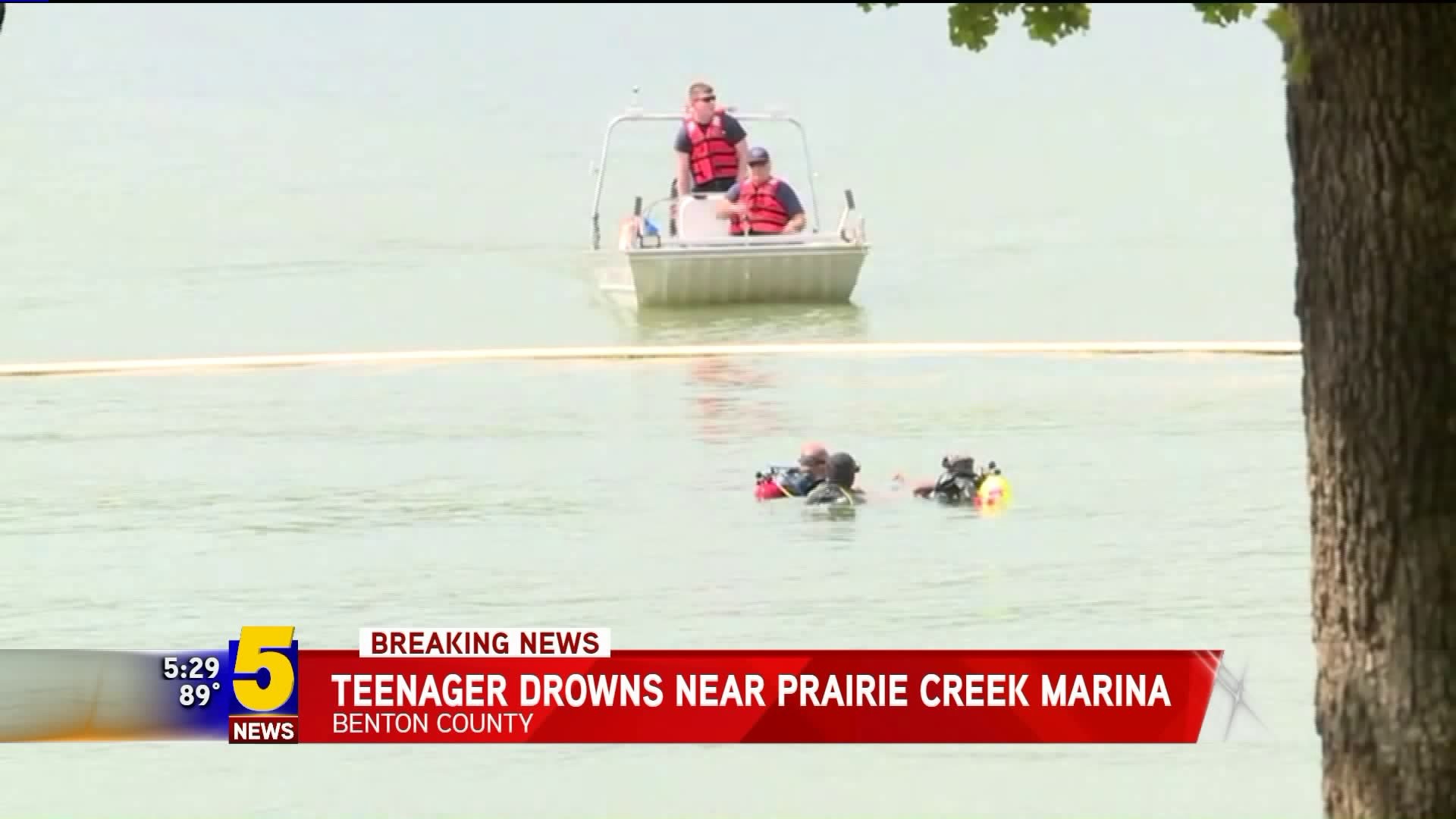 PRAIRIE CREEK -- A teenager drowned at Prairie Creek Marina on Sunday, according to a spokesman at the Benton County Sheriff's Office.

Shannon Jenkins with the sheriff's office said Raymond Vaughns, 16, drowned in the swimming area at Prairie Creek Marina on Sunday afternoon. Several agencies responded to the scene about 3 p.m.  Jenkins said they recovered the body about 3:30 p.m.

Leslee Wright with Bentonville Schools said Monday that Vaughns had been a student at the district since January. Wright said counselors will be available for students and staff members.

Several families were at the marina at the time of the drowning and watched the recovery. Mary Franke, who arrived at the marina as they were searching for the boy's body, said the area was silent when she arrived.

"It was just, it was sad, very sad," said Franke. "As a mother, I can't imagine, I don't even want to try to imagine something like that actually happening."

Franke said she felt for the family, and especially for the boy's mother, given that this happened on Mother's Day.

The swimming area reopened after authorities left. Swimming had resumed by 5:30 p.m.