Sheriff’s Office: Bad Information Led To Search For Bodies Floating In The Arkansas River Near Altus 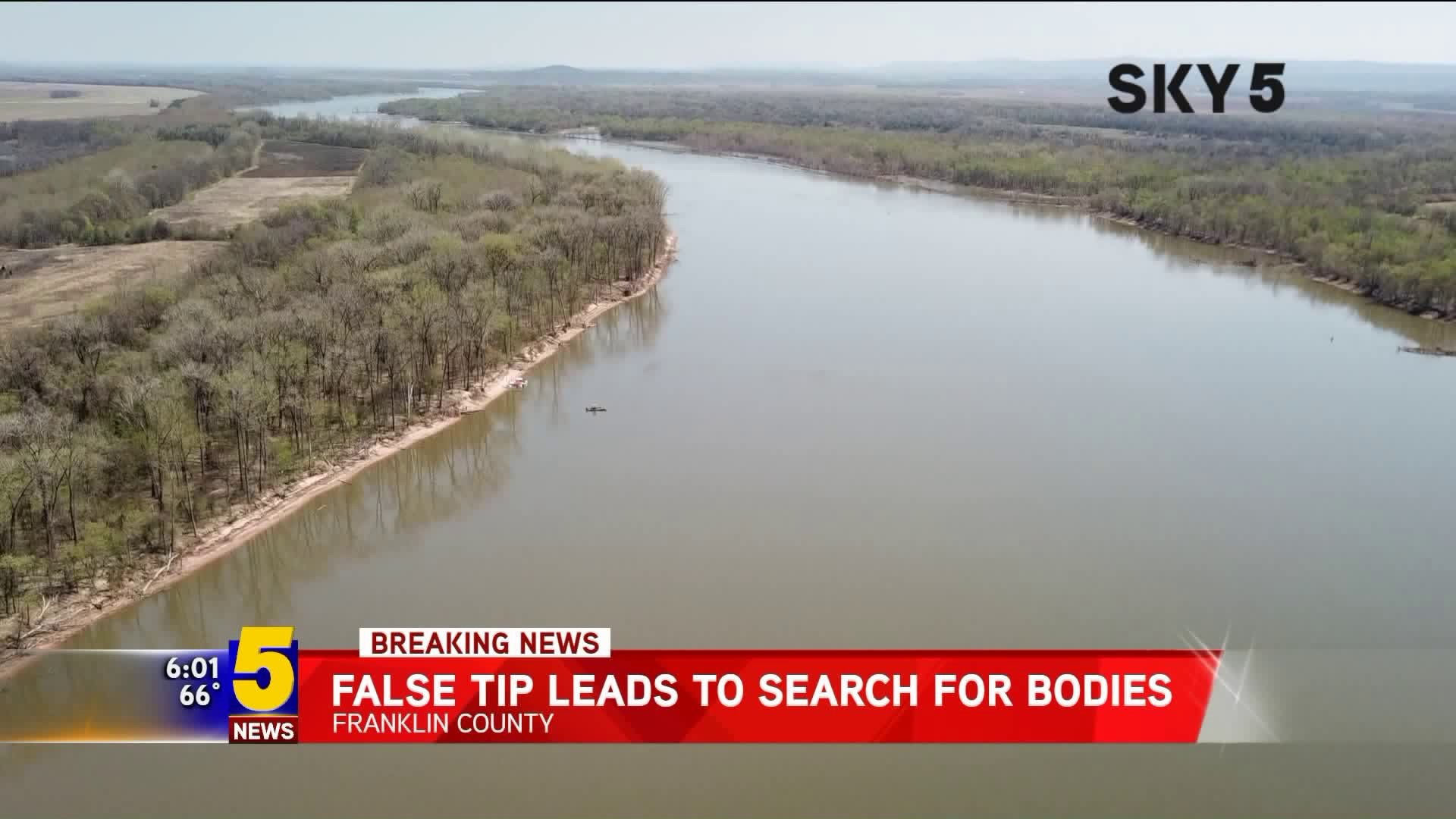 FRANKLIN COUNTY, Ark. (KFSM) —Jeff Wood, Chief Deputy of Franklin County Sheriff's Office, told 5NEWS a misunderstanding from a tipster led to an extensive search of the Arkansas River near Altus following word that two bodies were seen floating downstream in a bag.

Authorities were able to track down a caller who gave the tip of the bodies late Sunday (March 31) night. After talking with her, she said a man told her on Friday (March 29) that he saw the bodies in a bag in the river.

After authorities talked with the man, he told them the woman was wrong and that he said he found some bones out in the bottoms and that the anonymous caller, his friend, interpreted it as if he was talking about human remains.

When asked if anyone would face charges for the tip, Woods said:

"With the criminal activity they have out in that area, or have had in the past, they assumed that it was human remains and they really believed that. So, if they believed it, it's hard to prosecute on something they really sincerely believed."

The Franklin County Sheriff's Office called off the water search Tuesday (April 2) afternoon after they say a sonar image spotted the day before ended up not being anything substantial.

Wood told 5NEWS it was a whole lot of work, but he is proud of the hard work his guys put in because this could've turned out differently.