MANSFIELD, Ark. (KFSM) — Neighbors who live near an Arkansas juvenile detention center are voicing concerns after police continued to be called to the facility.... 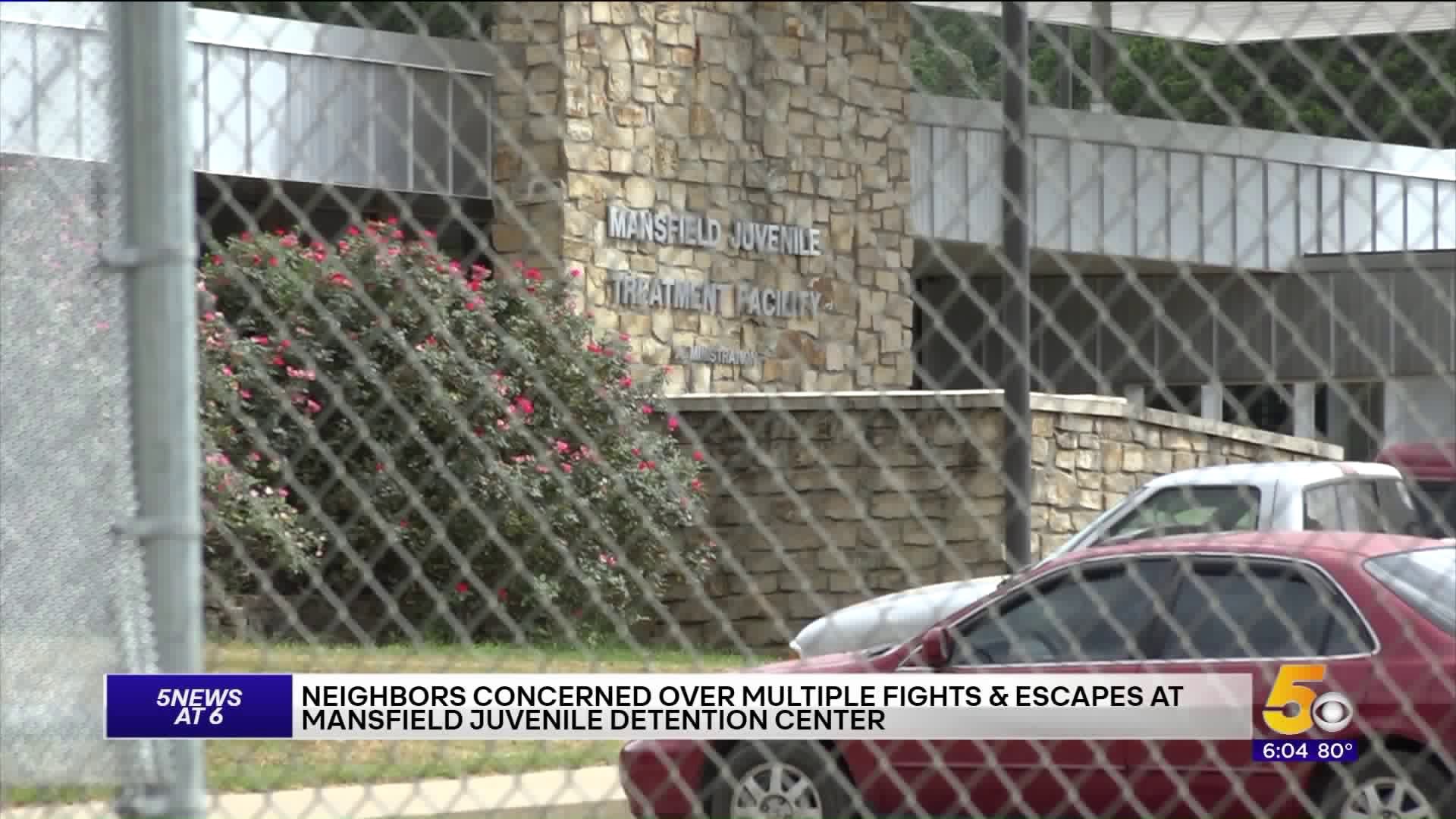 MANSFIELD, Ark. (KFSM) — Neighbors who live near an Arkansas juvenile detention center are voicing concerns after police continued to be called to the facility.

Officers were called to the Mansfield Juvenile Detention Center in Southern Sebastian County Wednesday (Sept. 18) night after a fight broke out.

This is the same facility that police have been called to 29 times this year.

13 of those calls were either for battery on a staff member or another juvenile. Four were made for youths who have escaped from the facility.

"If we get a call to the juvenile facility it’s not a one deputy call, several deputies are going to have to go which takes resources from the rest of the county. The staff does the best they can there, but there are times they need that extra help, and we are that extra help," Cpt. Philip Pevehouse said.

In July, three juveniles escaped from the facility, stole a car from a home nearby, and lead police on a chase. They were eventually captured in Texas.

The Arkansas Department of Human Services announced shortly after the escapes that several juvenile facilities across the state would receive security upgrades. Mansfield was one of them.

"The fencing has improved tremendously compared to what it was and so since the contractor has taken over, this recent contractor we’ve only had one escape, and that was quickly handled and taken care of very fast," Pevehouse said.

Amanda Cothran lives in Mansfield and says she's glad they have stepped up security.

"Across Facebook, there was always notifications and stuff for escapees. It had gotten worse. Since they’ve gotten new people to run it, it’s not near as bad," Cothran said.

Pevehouse says with the facility being in such a rural area, it's hard to always have an exact perimeter to keep juveniles inside.

"The Sheriff’s office stands for the citizens of this county, and we want everyone to feel safe, that includes those young people who are at that facility, those contractors that are there working with them, but certainly the residents around the camp," Pevehouse said.

Four of the juveniles from Wednesday night's fight had to be taken to jail for various charges including second-degree battery for striking one of the staff members at the detention center.