CANEHILL, Ark. (KFSM) — Sheriff’s deputies have arrested a Farmington man accused of trying to break into a home while the owner was asleep. Leon Hornback... 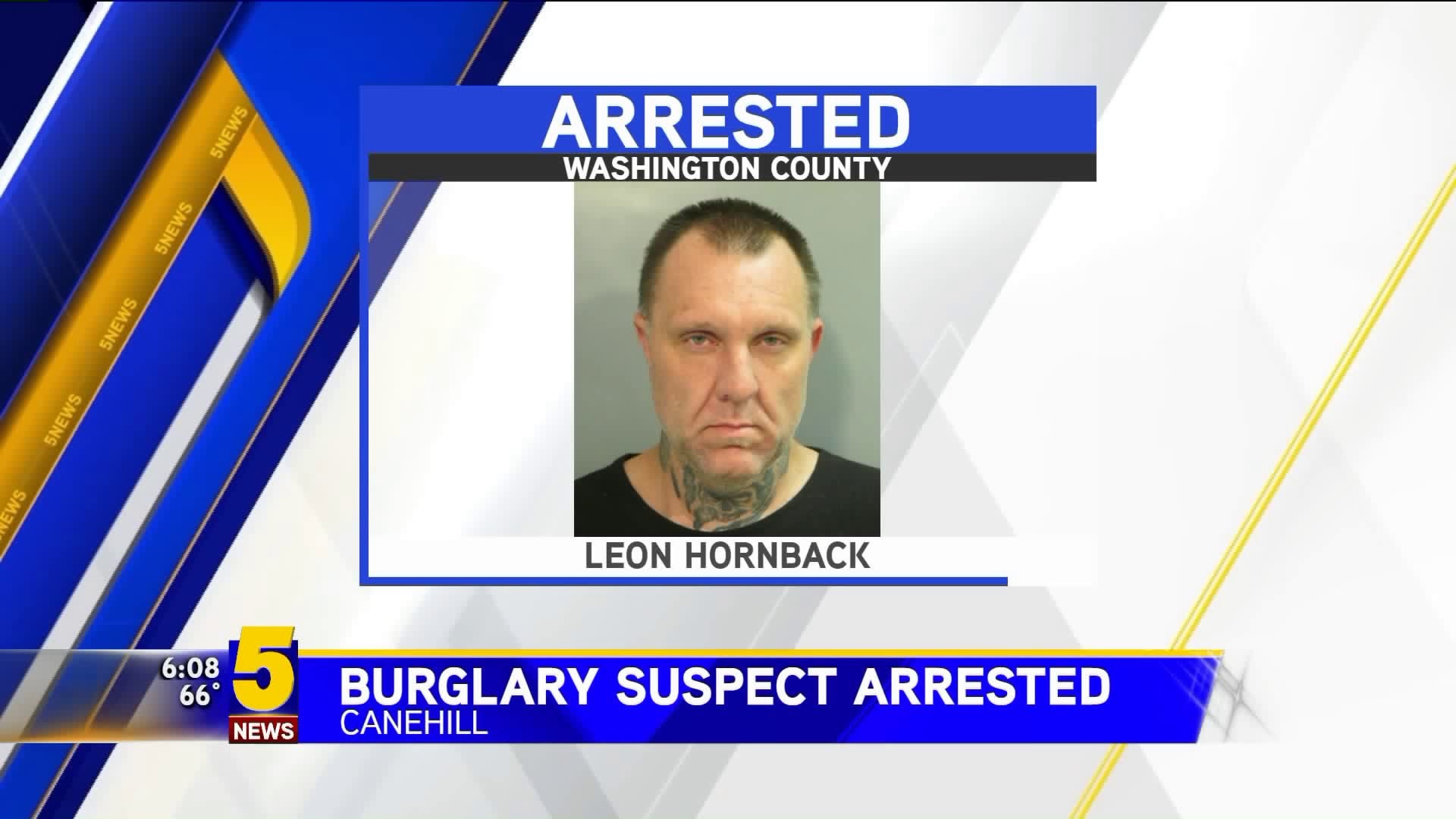 CANEHILL, Ark. (KFSM) — Sheriff's deputies have arrested a Farmington man accused of trying to break into a home while the owner was asleep.

Hornback allegedly tried to break into a home on Sims Road last month, but the homeowner chased him off at gunpoint, according to a probable cause affidavit.

The homeowner's security video captured video of Hornback and shared the recording with authorities.

The Washington County Sheriff's Office thanked residents in a Facebook post for helping identify Hornback as a suspect.

"Thanks to YOU, our awesome WCSO Facebook followers....who shared this post over 500 times....we received a tip that helped us identify the suspect in this case," the sheriff's office said in the post. "We really do appreciate your help!"