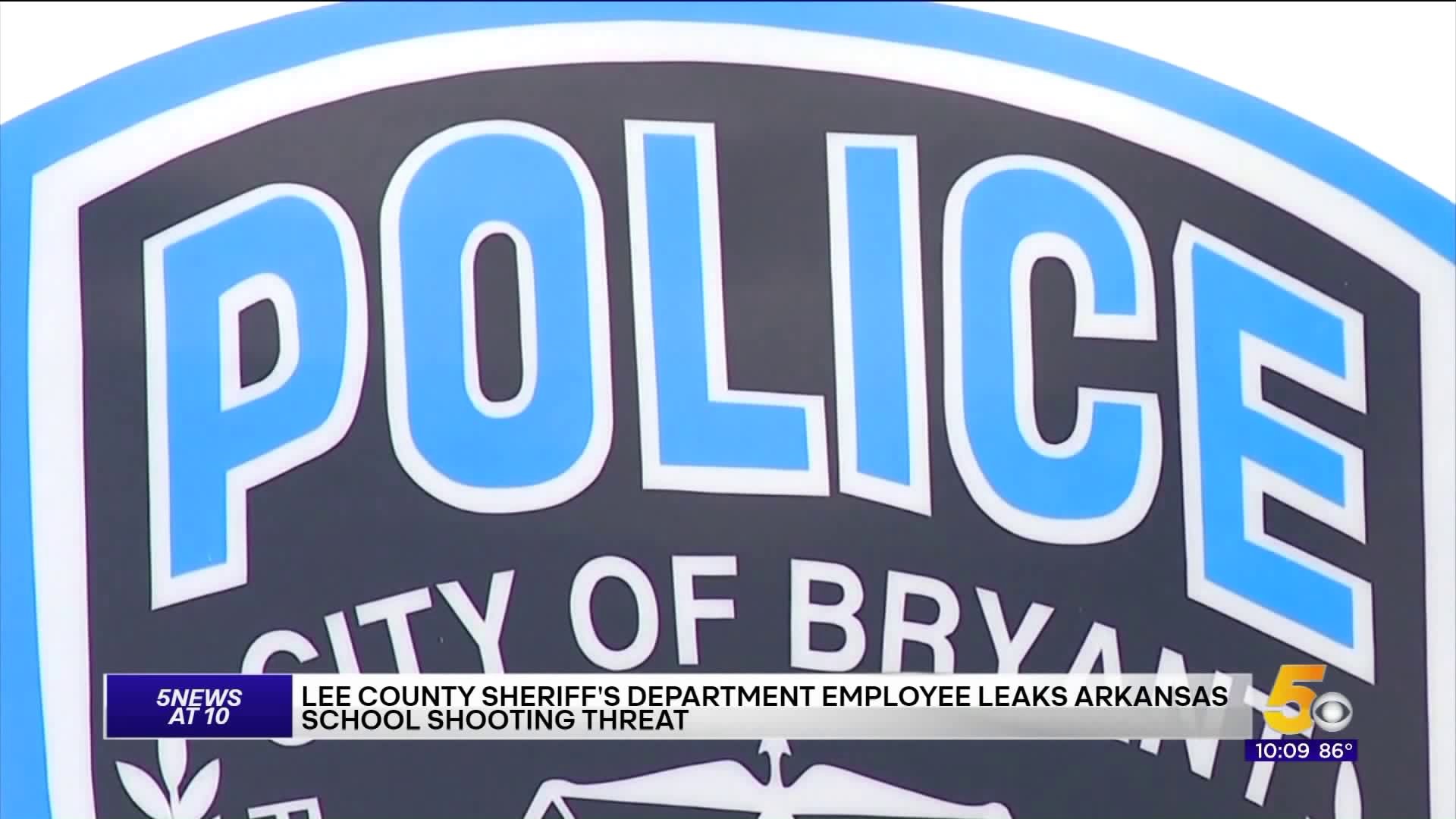 Lee County Sheriff Ocie Banks confirmed to KATV, information dispersed through the Arkansas State Police Fusion Center was posted by one of his employees on Facebook, and that post is now under investigation by the FBI.

The information posted to Facebook last week discussed a threat made online warning of a school shooting in Kentucky on Wednesday and one in Arkansas on Thursday. Surrounded by asterisks and typed in all caps, the employee posted, "please do not take this as a joke."

"You know it's not so much the threat now, it's the fact that this has just spread like wildfire," said Bryant Police Chief Carl Minden.

Minden said his department fielded more than a dozen phone calls on Monday with parents concerned the threat pertained to their school district.

Both the FBI and Arkansas State Police have maintained that the threat, reportedly discovered in an online game comment section, is unspecified and non-credible. In a press release sent out to media outlets on Sunday, ASP says "at this time no corroborating evidence or useful details have been uncovered in regard to the information provided to the FBI."

"You don't want to make mountains out of molehills," said Minden. "I mean you want to take everything as seriously as you possibly can, but if you really don't have anything to go off of - I mean we're not going to blast it out there."

Chief Minden said police departments and school systems are basically in damage control mode, trying to ensure the public that the threat to schools in Arkansas has been vetted and is mostly believed to be just a hoax.

"One person's misinterpretation can lead to this kind of mushroom effect," said Howard Turney, Ph.D, professor of social work at the University of Arkansas at Little Rock.

Turney said humans interpret messages differently than one another - sometimes certain words will stick out to them, or other times they may not read the entire post. It's why Turney said a post like this on social media helps create fodder for misinformation.

"If one person sees that they may expound on it in ways that might cause people more fear than initially was indicated in the message," said Turney.