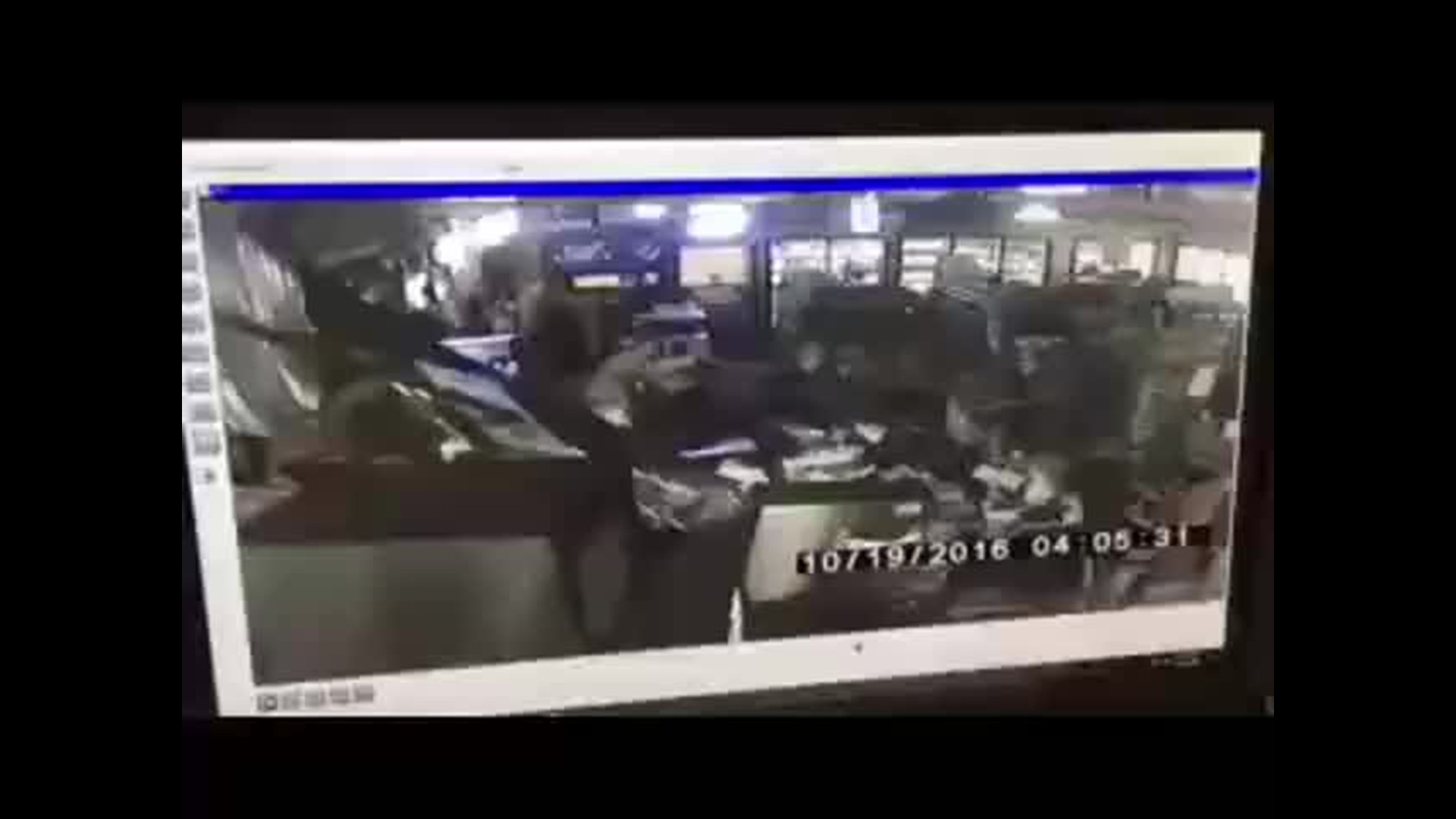 SEQUOYAH COUNTY (KFSM) -- The Sequoyah County Sheriff's Office was investigating a burglary Wednesday (Oct. 19) after two suspects drove a truck into a store and stole an ATM.

According to Sheriff Ron Lockhart, at 4:07 a.m. the Sequoyah County Sheriff's Department received an alarm call to Sparks Store at the intersection of Highway 59 and Highway 101.

Deputies arrived within five minutes and said the suspects had driven through the front doors of the business and took the ATM.

Sheriff Lockhart said the suspects vehicle was located within 20 minutes about a mile away on Shirley Street. The truck had been stolen from a residence on Akins Road overnight.

Video from the store shows at least two males wearing white masks loading the ATM. The descriptions of both suspects are the same as the suspects in the Pier Seven theft three weeks ago, according to Lockhart.

"We also know these same suspects did the same type crime in Adair and Cherokee Counties in the last two months," Lockhart said.  "Investigators did locate physical evidence left in the truck that we feel will lead us to the suspect or suspects. We are still on scene collecting additional evidence," Lockhart added.