The owner of a badly wounded dog in Centerton has been found, and police are investigating whether animal abuse occurred, officials said. The dog, known as Moxy... 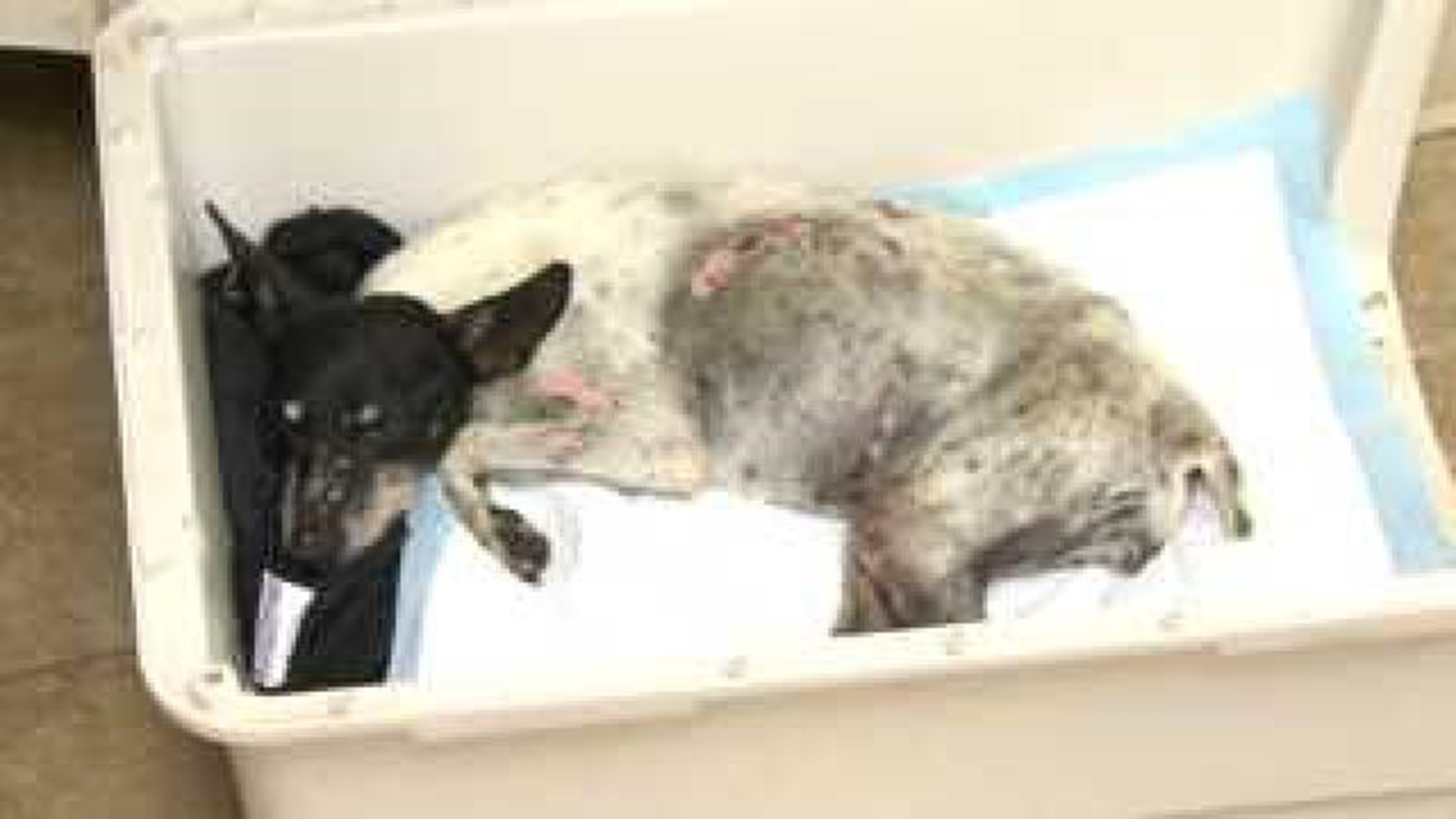 The owner of a badly wounded dog in Centerton has been found, and police are investigating whether animal abuse occurred, officials said.

The dog, known as Moxy at the Centerton Animal Shelter where workers are attempting to save its life, is actually named Tinkerbelle, officials said.

The owner's name had not been released by early Friday (July 11), but Centerton police were expected to update the public later in the day on the progress of their investigation, according to Centerton City Hall.

A fundraising effort was launched this week to save the life of the badly wounded dog  found July 8 in Northwest Arkansas with fireworks strapped to its body, according to a post on the Centerton Animal Shelter's Facebook page.

Animal caretaker DJ Ritchie said the dog was found with open wounds and no collar in the Appleridge neighborhood in Centerton. Animal control officers said a neighbor reportedly found the eight-year-old rat terrier with fireworks strapped to her torso.

The neighbor said she went inside to call authorities and the dog wandered next door. Her next door neighbor called officials to come pick up the badly injured dog, authorities said.

"People that let dogs get into this condition," Ritchie said. "I just don't have any words,"

The dog's veterinarian said she didn't have any broken bones but was having trouble walking as of Thursday (July 10).

The veterinarian said the dog is expected to have a clear bill of health by Saturday.

Police said if it is determined the dog was abused, the abuser could face up to a year in jail or up to $1,000 in fines.

The Centerton Animal Shelter conducted a fundraiser to help the dog get back on her feet. By Friday morning (July 11), 138 people had donated a total of $3,990 toward care for the dog.

"Before the person who found her called the shelter, people in the neighborhood saw her with fireworks strapped to her body," according to a post on the fundraising site GoFundMe. "We don't know what all the scars are, but they are old and healing. The vet says she needs to be on fluids for a few days, so I am asking for your help to save this precious girl."