Share-Riding Safety Tips That Could Save Your Life

FAYETTEVILLE, Ark. (KFSM) — University of Arkansas students are reacting after a college student in South Carolina was killed after getting into what she though... 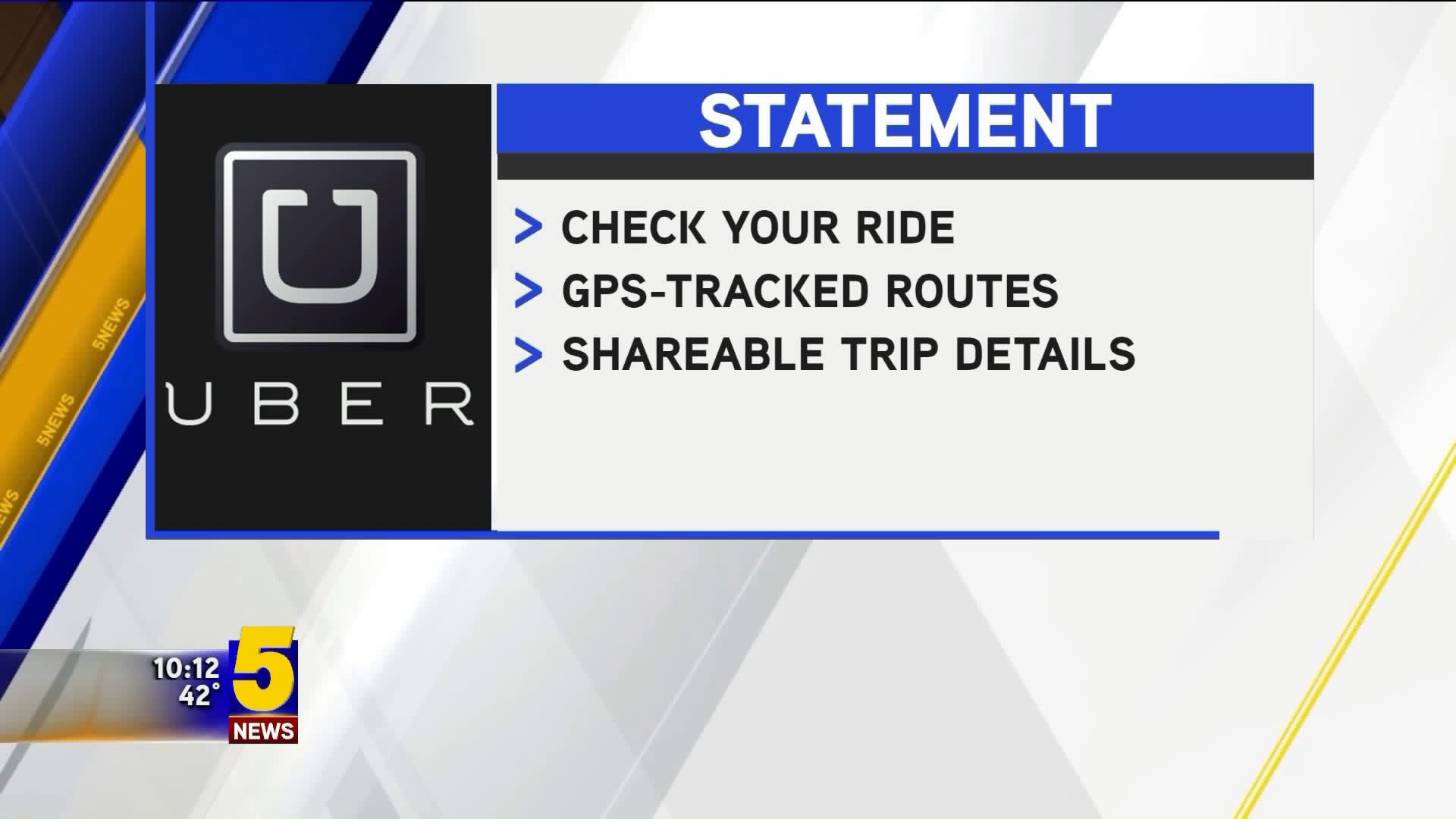 FAYETTEVILLE, Ark. (KFSM) — University of Arkansas students are reacting after a college student in South Carolina was killed after getting into what she thought was her Uber.

Students say this tragedy has been an eyeopener for them. Some say they have ridden in an Uber alone several times but now say they will think twice before making that decision again.

"That's something that could happen to any of us because Ubering is so common in our day now,” said UA senior Mary Kerr Winters.

Winters said she can relate to this situation because she takes an Uber alone after a night out far too often.

"I Uber alone a lot because I am in a lot of school hours so I want to get home at a decent time," said Winters. "But this situation has made me a lot more cautious to travel in packs and to just not make that sacrifice."

Winters says she takes extra steps to make sure she stays safe.

"I always make sure that when I get into the car that I don't ask them ‘hey is this for Mary Kerr,' I say ‘who is this for’ because if they don't know your name then it's not your uber," Winters said.

Fayetteville Police said while share riding has tremendously decreased DWI rates in Northwest Arkansas, you should still always check to make sure you're getting into the right vehicle.

"You need to be aware of what is going on around you and like I said on those apps they’re going to tell you where the vehicle is, who’s driving it, when they’re going to arrive, when they are going to pick you up, these are all things you can double check when you arrive," said Sgt. Murphy, FPD.

Uber released a response highlighting the safety features in the app. which includes checking to make sure it's your ride and being able to track your route and the location of your car throughout your journey. You can also share your trip details with friends and family.