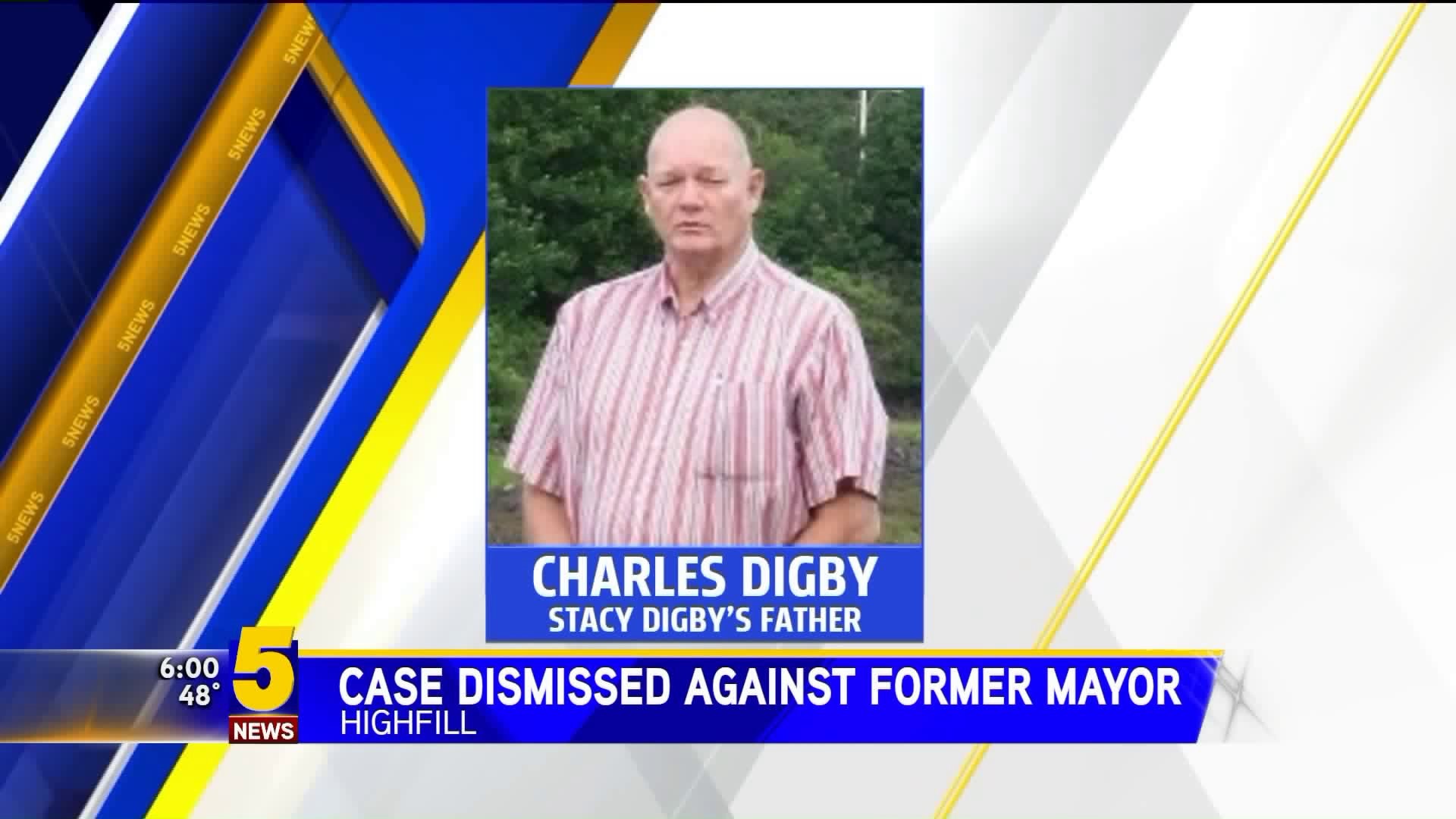 "The wishes of the victim are always important in deciding how to proceed in a criminal case," Smith said.

"The victim is now an adult and able to make her own decisions. Her decision not to cooperate made the continued prosecution of this case impossible. I respect the victim’s decision and wish her the best in her future."

Digby, 45, was arrested in March 2018 after being accused of having a sexual relationship with a 17-year-old girl, according to a probable cause affidavit.

Residents had approached city officials about concerns over the mayor's relationship with the girl, which began in 2014, according to the affidavit.

Some residents reported recently seeing the girl sitting on Digby's lap at a bowling alley. Another time a Highfill officer found the girl in the mayor's office around 1 a.m., according to the affidavit.

Highfill Police Chief Blake Webb asked for an outside agency to investigate, and the sheriff's office took over the case.

The sheriff's office searched Digby's home on Linwood Street, where they found pictures of the girl, her clothes and medication.

Smith noted, however, that none of that evidence proved a sexual assault had occurred.

Digby was also active at the Highfill United Methodist Church as a "lay leader," which is a position that represents the Methodist church at state and national events.

Rev. Andrew Smith, pastor for the United Methodist Churches in Highfill and Siloam Springs, said Digby is no longer a member of the church or the immediate community.

Smith added his "congregation would like for everyone to know that Highfill United Methodist Church is a loving and safe space for all,"