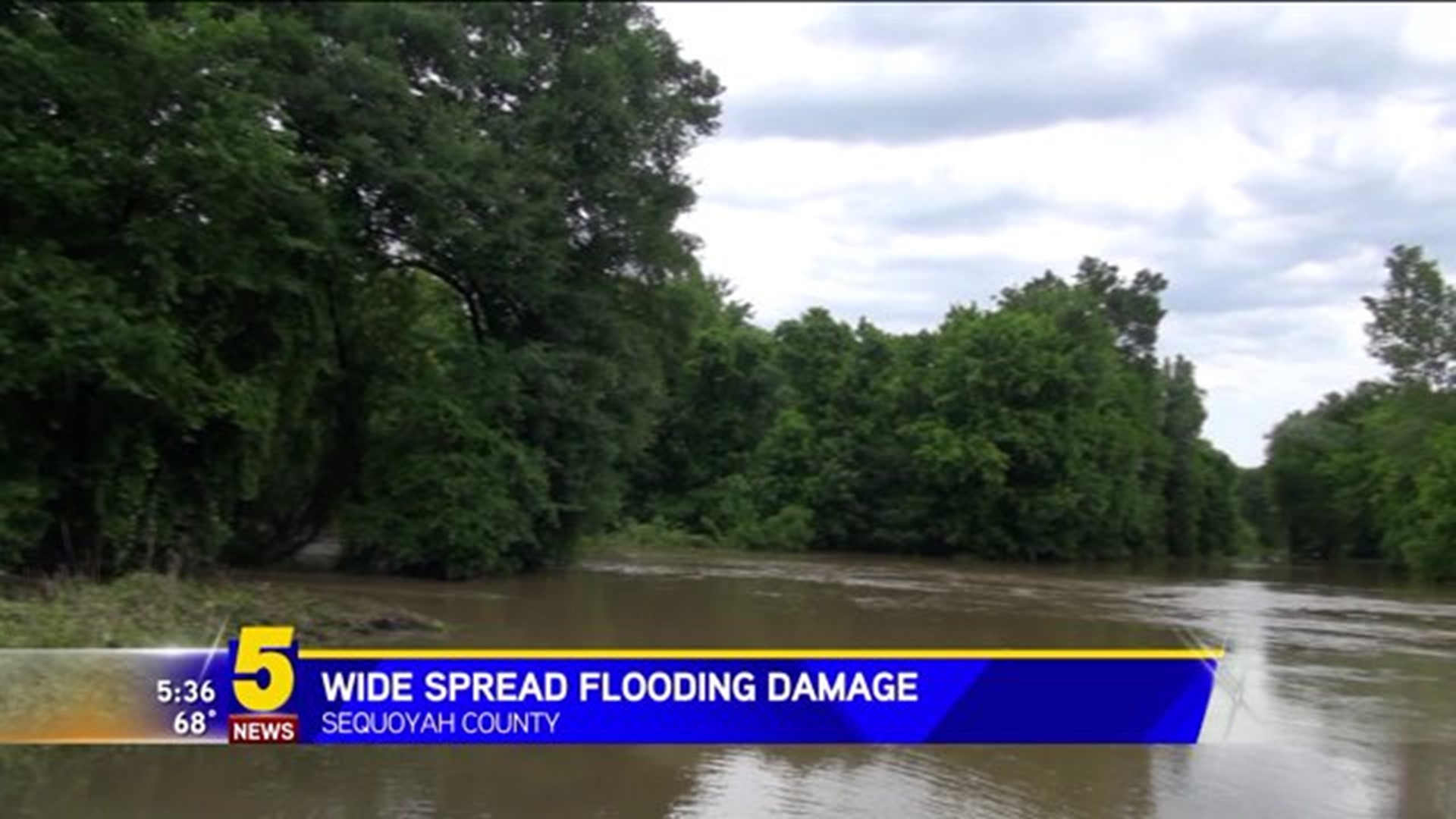 "We are just trying to get to [the damaged bridges and roads] as fast as we can," Rogers said.

"Last night we probably went through five or six [damaged areas], we still really haven't got all of them," Teague said.

On Sunday, Rogers and Teague toured South 4640 Road south of Highway 141 and South 4630 Road near Sallisaw.

Sharie Burrows said her sister drove through the area Saturday, today the vehicle was submerged underwater.

“My brother dove under the water and got my wallet and stuff. There was maybe a foot of the car showing," Burrows said. "All I've done is cry. I'm worried. I just bought it in March. It's a brand new car, it's going to cost to fix it, if it's even worth fixing."

Rogers and Teague said water should never be underestimated.

"Scares the hell out of me," Burrows said. "It's really scary knowing water rose that fast."

Rogers said the budget to fix storm damage is about $400,000 annually.

"You are looking at $100,000 to resurface one mile of overlay. I've got enough money to do about two miles of road a year," Rogers said. "It's a major setback for us when you are a poor county.”

Rogers said no injuries have been reported.