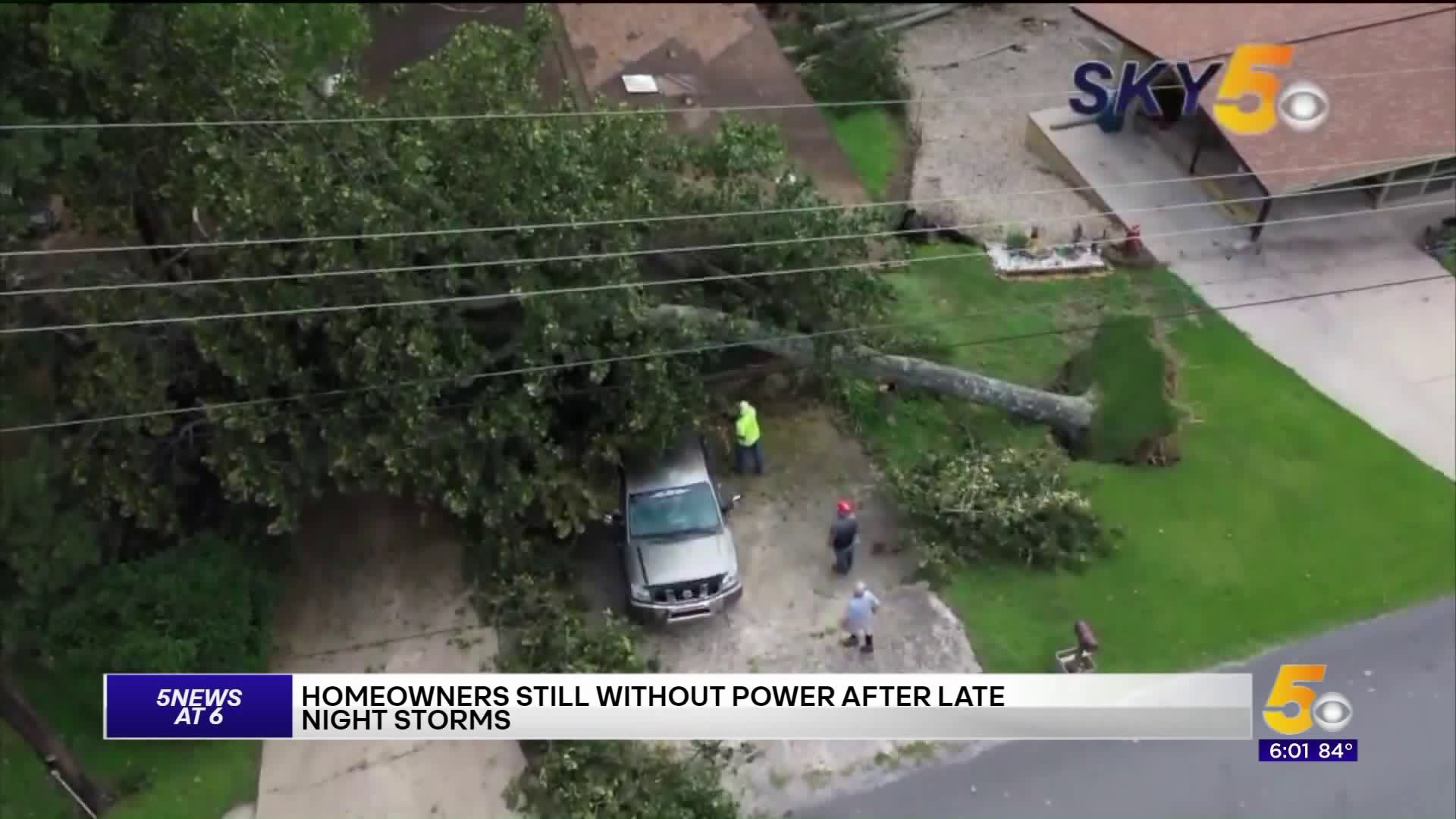 A spokesperson for Carroll Electric says 51 broken poles have been found. Some have been repaired, some will be temporarily repaired and some locations can be backfed from other locations until the poles are changed out.

Carroll Electric says crews will be working throughout the night and into tomorrow. They anticipate all services will be restored by Wednesday (Aug. 28) evening.

High winds from storms that moved through knocked down trees and power lines, leaving firefighters, law enforcement and power crews to clean up a wide swath of damage Tuesday morning.

In Benton County, several roads were closed or reduced to one lane:

Bella Vista was hit hard, with trees and power lines down throughout the city, according to posts from the City of Bella Vista and the Bella Vista Police Department.

Schools in Bentonville and Gravette remained open, despite trees and power lines being down throughout Bella Vista, whose children attend those school districts. The City of Bella Vista said on Twitter that "both districts understand our street situation, and will take that into account for tardies and absences."

Nancy Plagge, director of communications with Carroll Electric, said the utility had up to 25,000 without power after storms moved through, but they had culled it down to about 9,000 by 8:30 a.m. Tuesday. She said crews had discovered trees blown into power lines and 14 utility poles broken.

"Crews will continue working until all accounts have been restored," Plagge said. "Some locations will be without power for much of the day."

Customers were encouraged to stay clear of downed power lines and report them by calling 800-432-9720.

Centerton Mayor Bill Edwards said police, fire and city crews worked all night to clear numerous downed trees and other debris from roads throughout the city.

"I think we will have no major road blockage [as of 7 a.m.]," Edwards said. "They worked all night to clear everything. They all worked hard."