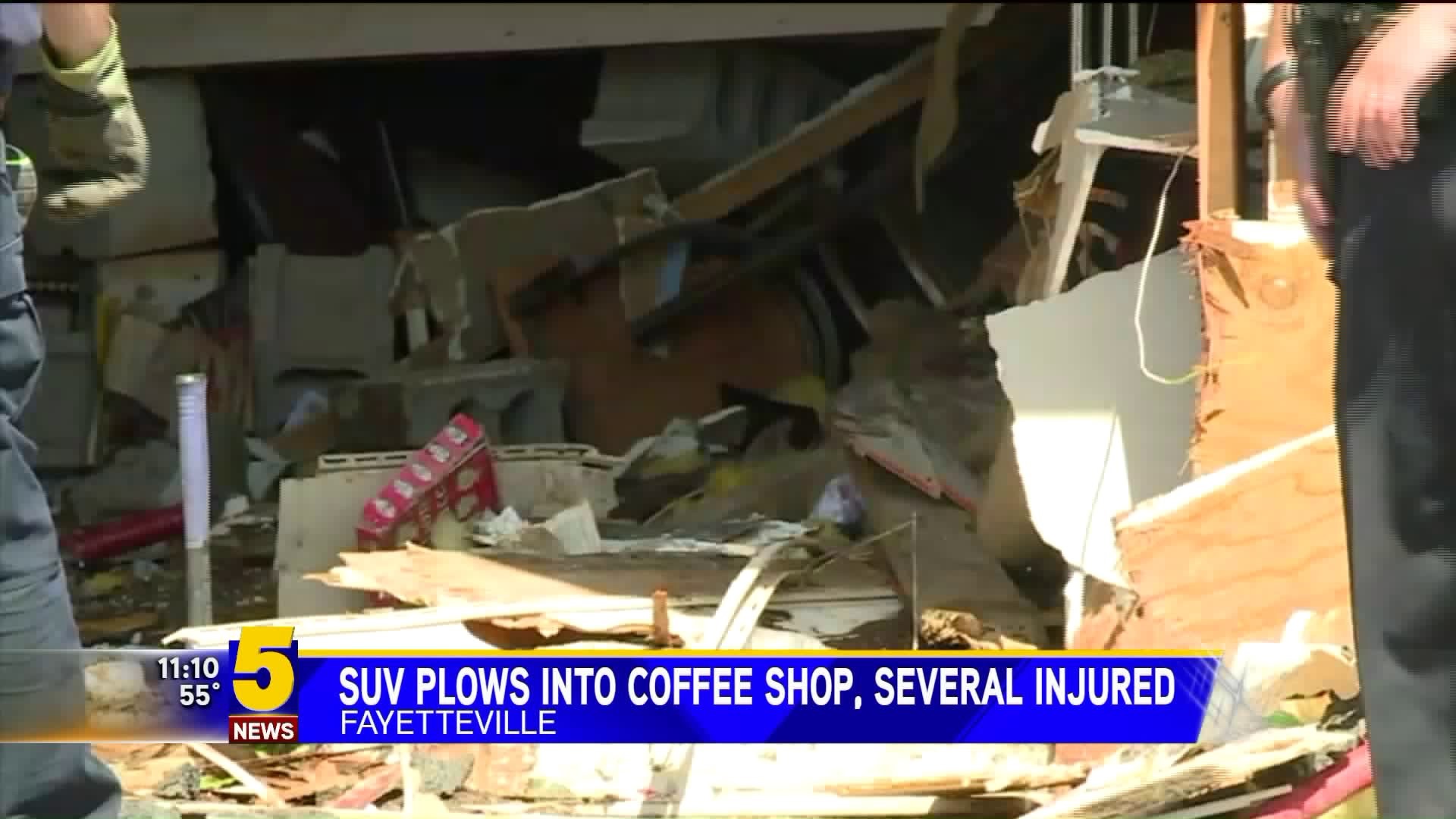 The accident happened at 701 N. College Avenue at Baba Boudan's Espresso Cafe. Witnesses on the scene said the car was nearly completely inside the building.

Sgt. Anthony Murphy with the Fayetteville Police said there are at least five people injured, two critically. First responders had to extricate the victims, he said.

"I can’t imagine what those people are going through that were inside that building just enjoying a cup of coffee and business owners inside running a business and something like this occurs,” Murphy said.

The driver of the SUV has been confirmed to be a juvenile. They are being cited for careless driving, driving without a license in possession and inadequate insurance at the scene.

The owner of the coffee shop was among those injured.

"I heard an accident on the road and the next thing I knew there was a car speeding through the plate glass door and window, and it knocked the counter off and I ended up on the floor," Jennifer Summers said.

Owner Jennifer Summers said the next thing she knew there was a car in her coffee shop's dining room. She said there were around 6 customers in the dining room and her son was working behind the counter with her.

"Everything from the front counter was broken free from the wall and hit the refrigerator and the ice shaving machine and everything ended up on the floor against the wall."

Summers' son was also hurt along with one of her friends.

"I'm so glad nobody was crushed and killed, and it could've been a whole lot worse. I'm very grateful," she said.

The accident happened at about 11:18 a.m. Friday (March 22) morning along a busy stretch of North College Avenue. Officers arrived within two minutes and found a maroon SUV inside the cafe and several people injured, including three people with non-critical injuries and the two who are critical.

Police shut down North College from Maple Avenue to North Street for about two hours to help first responders work the accident scene. Workers from Black Hills Energy and SWEPCO were called in to shut off the utilities as a precaution.