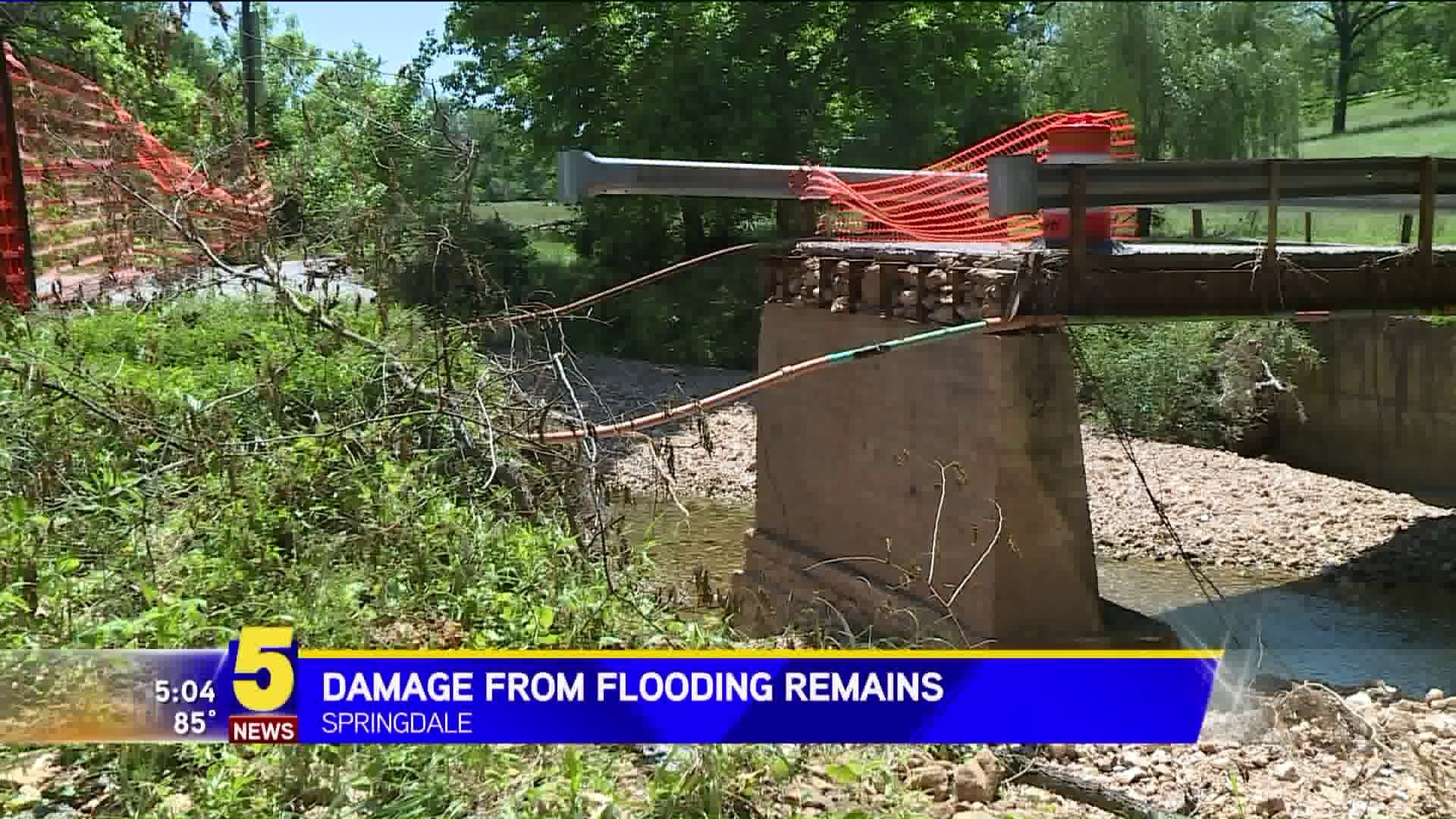 The City of Springdale estimates flooding caused $3.3 million of damage and several areas are still closed.

The city was able to make repairs to the Razorback Greenway ahead of the square to square bicycle ride over the weekend.

Mike Gerwig rides the trail often and said he was glad to see debris cleaned up so fast.

“It was completely cleared out except for the tunnel and that was cleared out by Tuesday afternoon and all the way to Bentonville. You could see the crews out on Tuesday in all four cities out there and they were cleaning it up, it was all ride-able,” he said.

Lake Springdale trailhead got hit hard from the flooding and the city estimates it will cost $375,000 to put it back like it was.

“Right now, cars can't park on there, we don't want anyone entering it at all and so we are going to have to take a look to see how we want to put that back,” Melissa Reeves said.

Pump station bridge just down the road from the trailhead is still closed. Melissa Reeves with the City of Springdale said they are pleased with how patient everyone has been while they decide what to do.

“Our residents have been very understanding since the flooding and we have seen nothing but an outpouring of support and they've been very patient and they know that we are working to get the city back to where it was before the flood,” she said.

Springdale has submitted damage estimates to Benton and Washington County. City leaders are waiting to find out if they will get FEMA funding to help pay for the damage.