(CNN) — Rep. Seth Moulton will end his presidential bid on Friday during a speech at the Democratic National Committee summer meeting in San Francisco, ac... 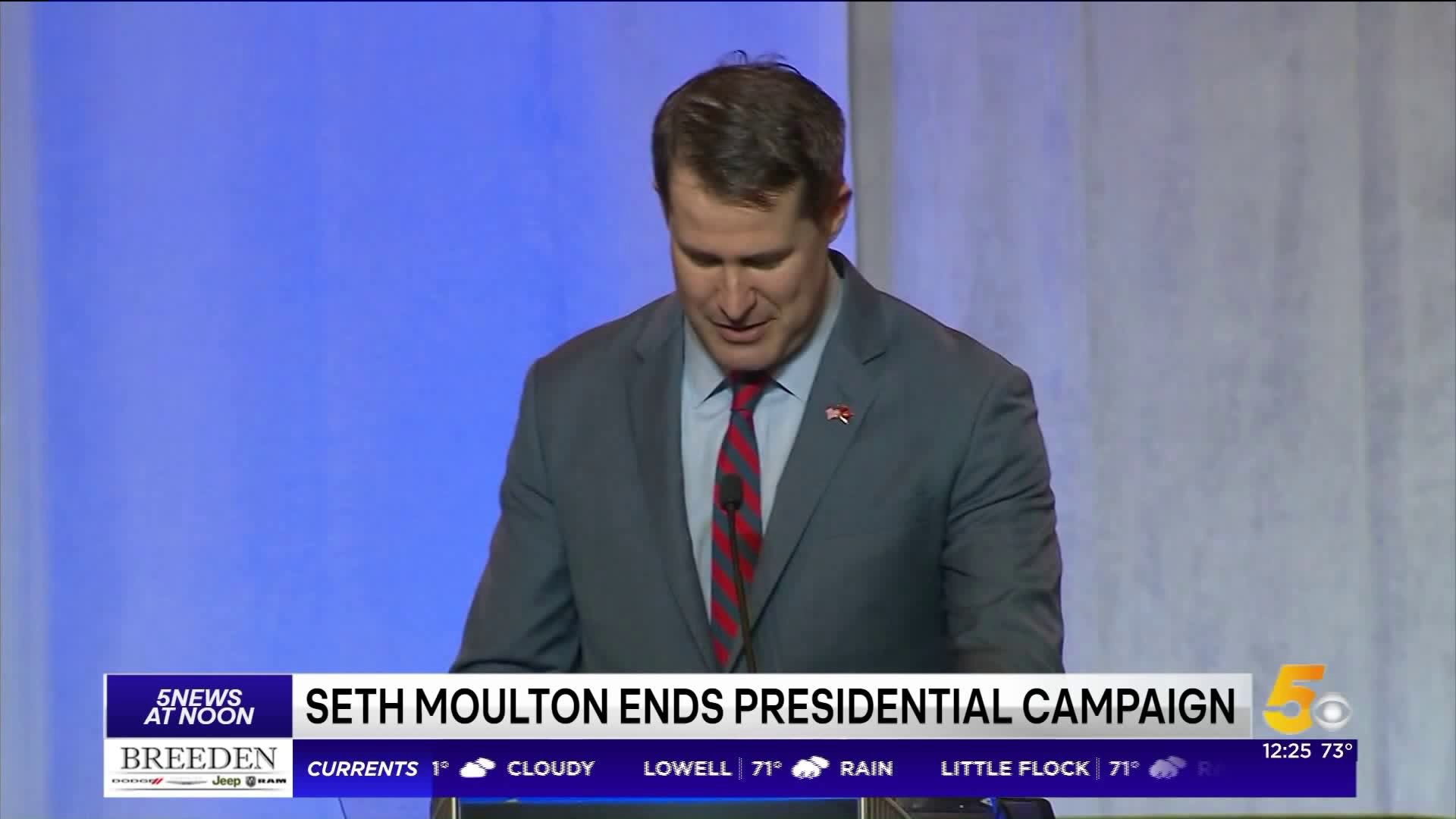 The decision closes out a campaign in which the candidate failed to get traction or make this year's Democratic debates.

"Today, I want to use this opportunity, with all of you here, to announce that I am ending my campaign for president," Moulton plans to tell the DNC meeting. "Though this campaign is not ending the way we hoped, I am leaving this race knowing that we raised issues that are vitally important to the American people and our future."

Moulton, a Marine veteran and three-term congressman who represents Boston's northern suburbs, will tell the audience that he plans to run for reelection to Congress and relaunch Serve America, a PAC that looks to elect Democrats with service backgrounds.

"I will continue to fight for a new generation of leadership in our party and our country," he plans to say. "And ​most of all, I will be ​campaigning my ass off​ for whoever wins our nomination in 2020."

Moulton entered the race later than most -- in late April -- and failed to catch on with more than 20 Democrats vying to take on President Donald Trump.

The congressman failed to register in national or statewide polls and did not garner the needed fundraising to qualify for either the June or July Democratic debates.

Moulton centered his bid on his personal military service and traveled the country to talk about his plan to incentivize national service at events during which the congressman personally did a service project. Moulton had hoped that his focus on national security and service would set him apart in the large Democratic field, but the congressman was boxed out by other military veterans -- namely Hawaii Rep. Tulsi Gabbard and South Bend, Indiana, Mayor Pete Buttigieg.

Moulton has told staff and friends that he plans to continue pushing the Democratic Party on issues that motivated his campaign, like issues facing veterans, the need to incentivize national service and the importance of a comprehensive strategy around national defense.

Those efforts will commence on Monday when Moulton hosts a town hall for veterans in Fairfax, Virginia, alongside General Stanley McChrystal, a military leader who endorsed Moulton's 2020 bid.

Aides to the congressman said they hope that he could be in line for a host of administration posts, should a Democrat in the White House in 2020, including secretary of veterans affairs, defense secretary and United Nations ambassador.