(KTHV) — The FBI released a statement Sunday that so far they can confirm 50 of the 93 murders to which Samuel Little has confessed. The statement included more... 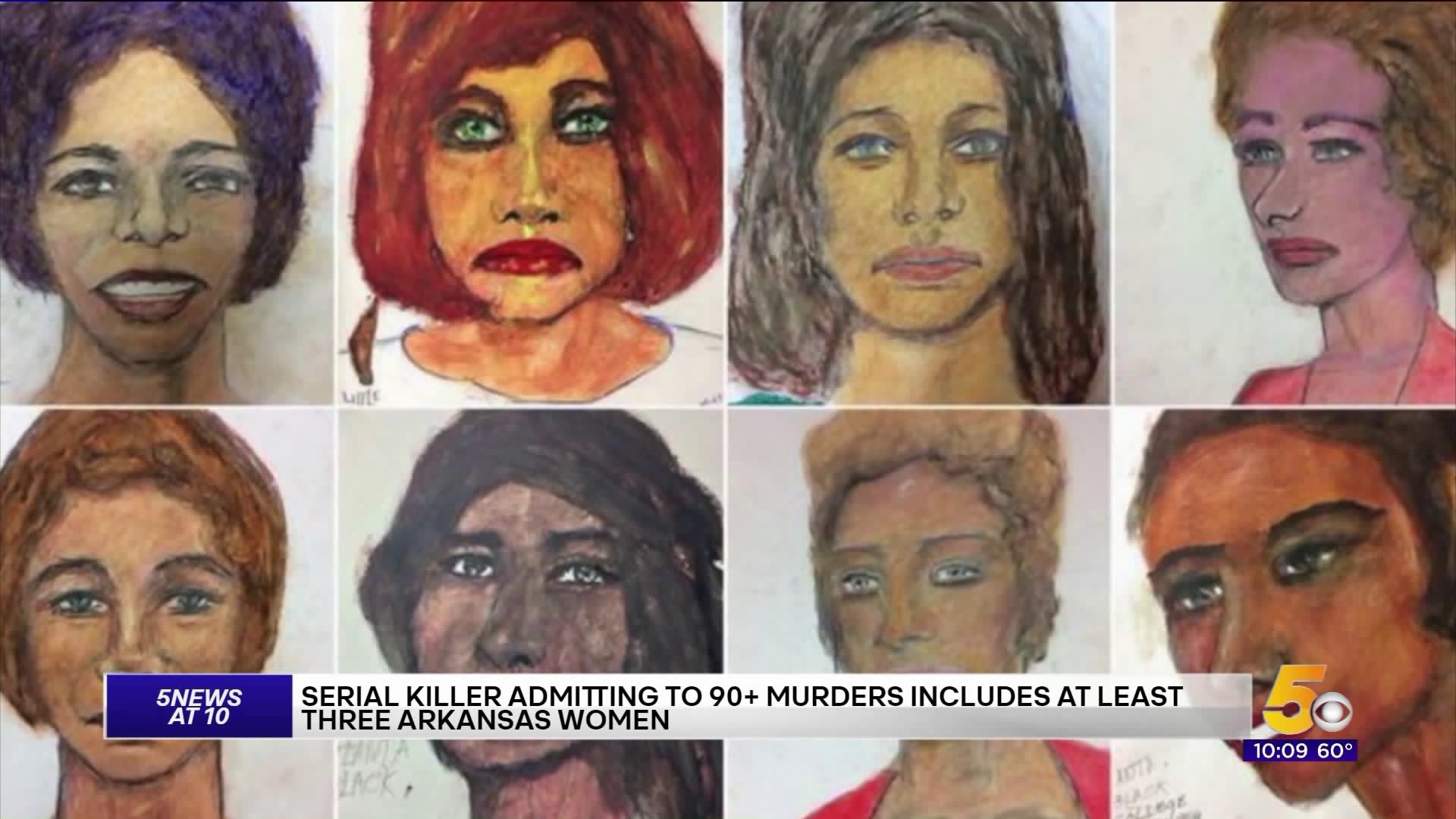 (KTHV) — The FBI released a statement Sunday that so far they can confirm 50 of the 93 murders to which Samuel Little has confessed.

The statement included more information coming from Little himself in a taped interview detailing the still unmatched murder in Little Rock he said took place between 1992 and 1994.

Little has confessed to three total murders in Arkansas; West Memphis, Pine Bluff, and Little Rock. Information released by the FBI on Sunday gives more information on the Little Rock murder that was not previously known to the public.

In a video posted by the FBI, Little details his murder of the Arkansas woman who he says he believed named to be Ruth. Little said it took place after a couple of days of driving and hanging out with his victim on and off.

Records show that Little was arrested in 1994 for shoplifting at a North Little Rock Kroger. He was released, and told investigators that he drove down a dirt road outside Little Rock and "manually strangled the woman to death."

The statement released by the FBI also says Little is the most prolific serial killer in U.S. history. It is widely believed he got away with his crimes due to his choice of victims who were known for having a history of committing crimes, whether they be related to prostitution or drugs.

Therefore, many of his victims were originally deemed overdoses, or attributed to accidental or undetermined causes. Some bodies were never found.

The 79-year-old Little is serving multiple life sentences in California. He says he strangled his 93 victims between 1970 and 2005.