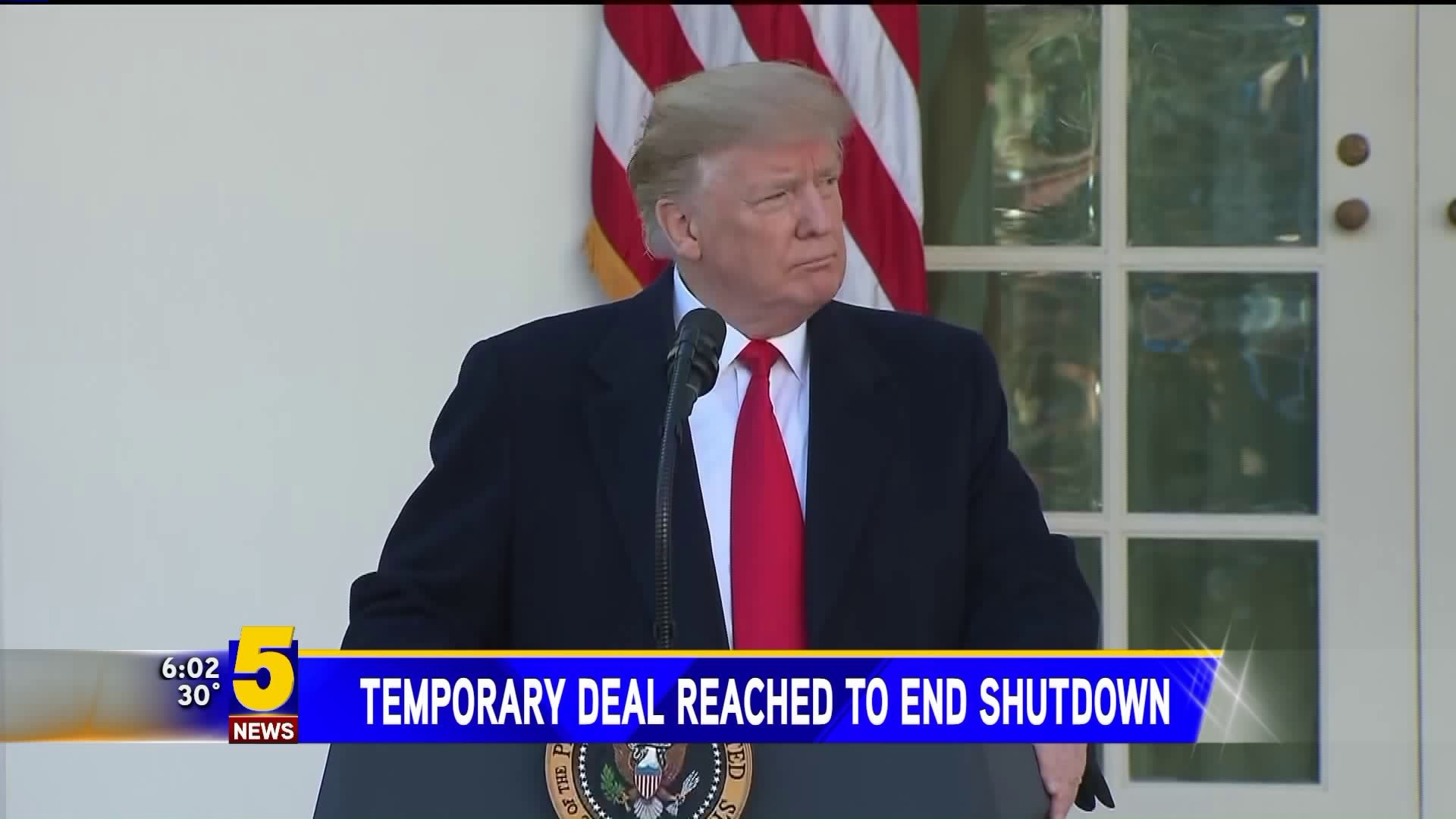 Both Senators say they are glad to see the government reopen for the sake of Arkansans, but both still believe there is a need for a border wall.

Senator Boozman says he agrees with President Trump's call for more resources to defend the border.

He says these measures will help reduce the number of illegal immigrants coming across the border as well as combat drug and human trafficking.

This announcement is a promising step. Hundreds of thousands of federal employees have missed paychecks and Arkansans who rely on shuttered agencies have experienced unnecessary anxiety as a result of this partial shutdown. We can, and must, resolve our differences over border security without this extra turmoil.

I agree with the president’s call for more resources to defend our border. We must provide the funds for increased manpower, technology and infrastructure—including roads for access, electronic devices for surveillance and fencing for deterrence. These measures will help reduce the number of illegal immigrants coming across our border in addition to combatting drug and human trafficking. An increase in resources had bipartisan support from Senate Appropriations Committee members for Fiscal Year 2019. It’s time to act on that.

Speaker Pelosi refused to discuss border security until the government was fully open. The president has offered this good faith effort to move discussions on additional border funding forward. Speaker Pelosi should follow suit. Let’s come together to reach a consensus that puts the interests of our nation first.

Senator Cotton says he hopes negotiations in the coming weeks will bring security to our southern border and help fix immigration laws.

I’m glad to see the government reopen for the sake of the Arkansans who’ve been negatively impacted. At the same time, it’s unfortunate that my Democratic colleagues have not yet agreed to funding to secure our southern border, which ought to include new physical barriers—something Democrats have supported in the past. I hope during the coming weeks they will honor their commitment to negotiate in good faith so that we can secure our borders and begin to fix our immigration laws.

Arkansas Representative Steve Womack also tweeted a response and said this isn't a permanent solution and we must still fully fund the government and secure our border.

I’m encouraged that a deal to reopen the government and pay our federal workers has been reached now that Democrats have agreed to get serious about negotiating. This isn't a permanent solution, and we must still fully fund the govt and secure our border. https://t.co/Txhli554g5 pic.twitter.com/YjnJNCb1MU