Sen. Boozman Recognizes Mulberry Officer For Going ‘Beyond The Call Of Duty’ 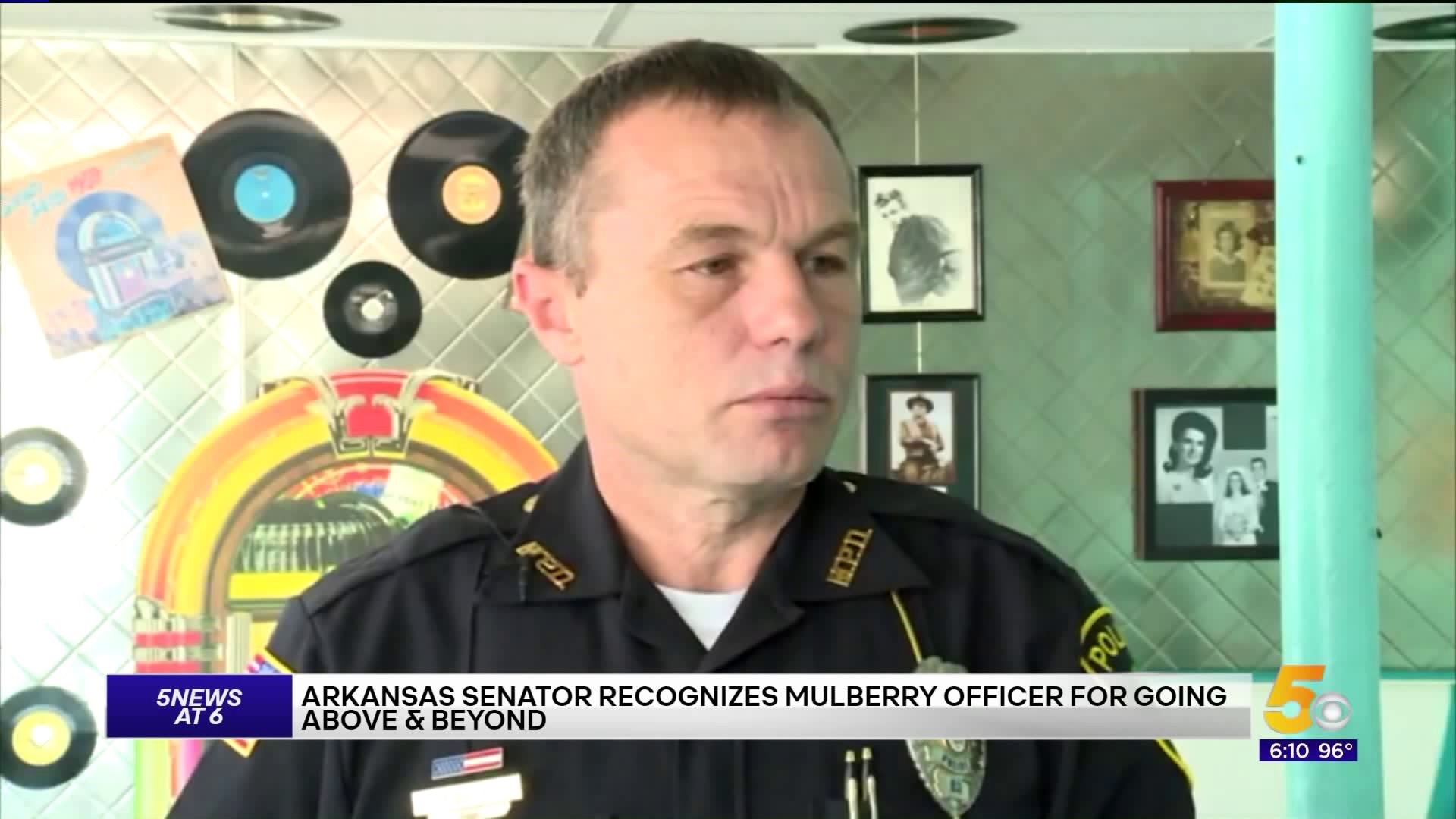 MULBERRY (KFSM) — When a truck carrying several military families' personal belongings caught fire, one local officer went "beyond the call of duty" to help those in need.

On Thursday (Aug. 22) Mulberry police officer Thell Riddle was recognized by U.S. Sen. John Boozman (R-Ark.) while the two shared a meal at the Dairy Dip.

Boozman said Riddle "stepped forward and went above and beyond the call of duty" to help the families, who lost nearly everything in the fire.

"As a result ... several members who served in our military and move all the time ... were able to salvage some very, very important things that were dear to them," added Boozman, who personally thanked Riddle for helping the families recover some of their possessions.

Earlier this year, four military families thought all of their belongings were destroyed when their moving truck caught fire near Mulberry.

The fire burned for nearly six hours. Despite efforts to salvage what they could, officials believed the truck was a total loss.

But Riddle knew that couldn't be the case.

So he and Mayor Gary Baxter got ahold of Boozman in an effort to keep insurance adjusters from loading up what was salvageable and taking it to a landfill.

"Basically for someone to step in and say no we are just going to take their stuff and throw it in the trash it kind of hit me hard," Riddle said.

Riddle, a veteran himself, was hesitant to heap praise on himself.

"It`s all a part of ethics and morals doing the right thing when no one else is watching," Riddle said. "That's what I was trying to achieve."