BENTON COUNTY (KFSM) – On Tuesday (April 7), search teams found the body of a woman who has been missing at Beaver Lake since March 24, according to the B... 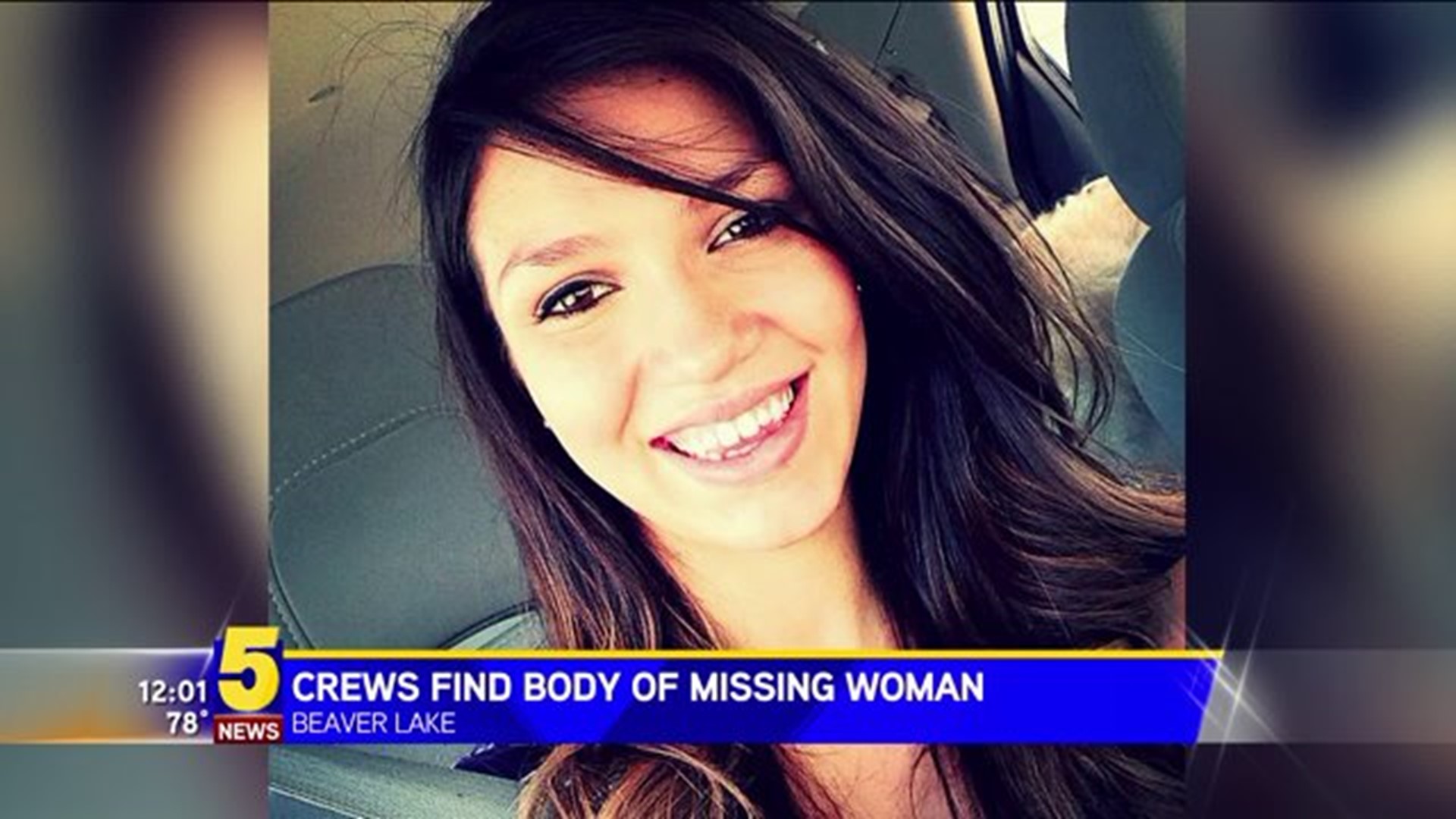 BENTON COUNTY (KFSM) - On Tuesday (April 7), search teams found the body of a woman who has been missing at Beaver Lake since March 24, according to the Benton County Sheriff's Office.

The Benton County Dive Team located Stacey Hernandez's body at about 9:41 p.m. and recovered it at 9:45 p.m., according to sheriff's office spokeswoman Keshia Guyll. Divers found Hernandez in 110 feet of water and her body will be sent to the Benton County Coroner's Office, Guyll said.

The Sheriff's Office called in the dive team after a Wisconsin diver brought in by Hernandez's family last week came across a sonar image in the area where the woman was last seen, Guyll said.

Hernandez's family got help from professional diver Keith Cormican who performs underwater searches for free through a nonprofit called Bruce's Legacy. His sonar equipment picked up the image in the lake.

Guyll said the search for Hernandez and her recovery were a combined effort from several different agencies. She said the sheriff's office is happy she was found and hopes her family can have some closure.

Hernandez and four of her family members were on the lake; three of them were in a canoe, and the other two were in a paddle boat, authorities said. Two of the people in the group were juveniles, and three people had life jackets, the rest did not, according to authorities.

The paddle boat began to fill with water, and those in the canoe tried to help, causing the canoe to tip over. All five people then swam to shore in different directions, and the group got separated, according to authorities.

Deputies said the call for Hernandez came in just before 4 p.m. on Tuesday in the area of Coppermine Acres. The lake is more than 130 feet deep in the area, so authorities used sonar to search for the missing woman.

Alcohol doesn’t appear to have been a factor in the accident, according to deputies.

The family is from Rogers, and they were renting a cabin on Beaver Lake, according to authorities. The canoe and paddle boat came with the cabin rental, authorities said.

Crews have recovered the paddle boat and said right now it’s unclear why it sank.