WALDRON (KFSM) — There are six total candidates in the running for Scott County sheriff. Incumbent Democratic candidate Terry Staggs is running in his sec... 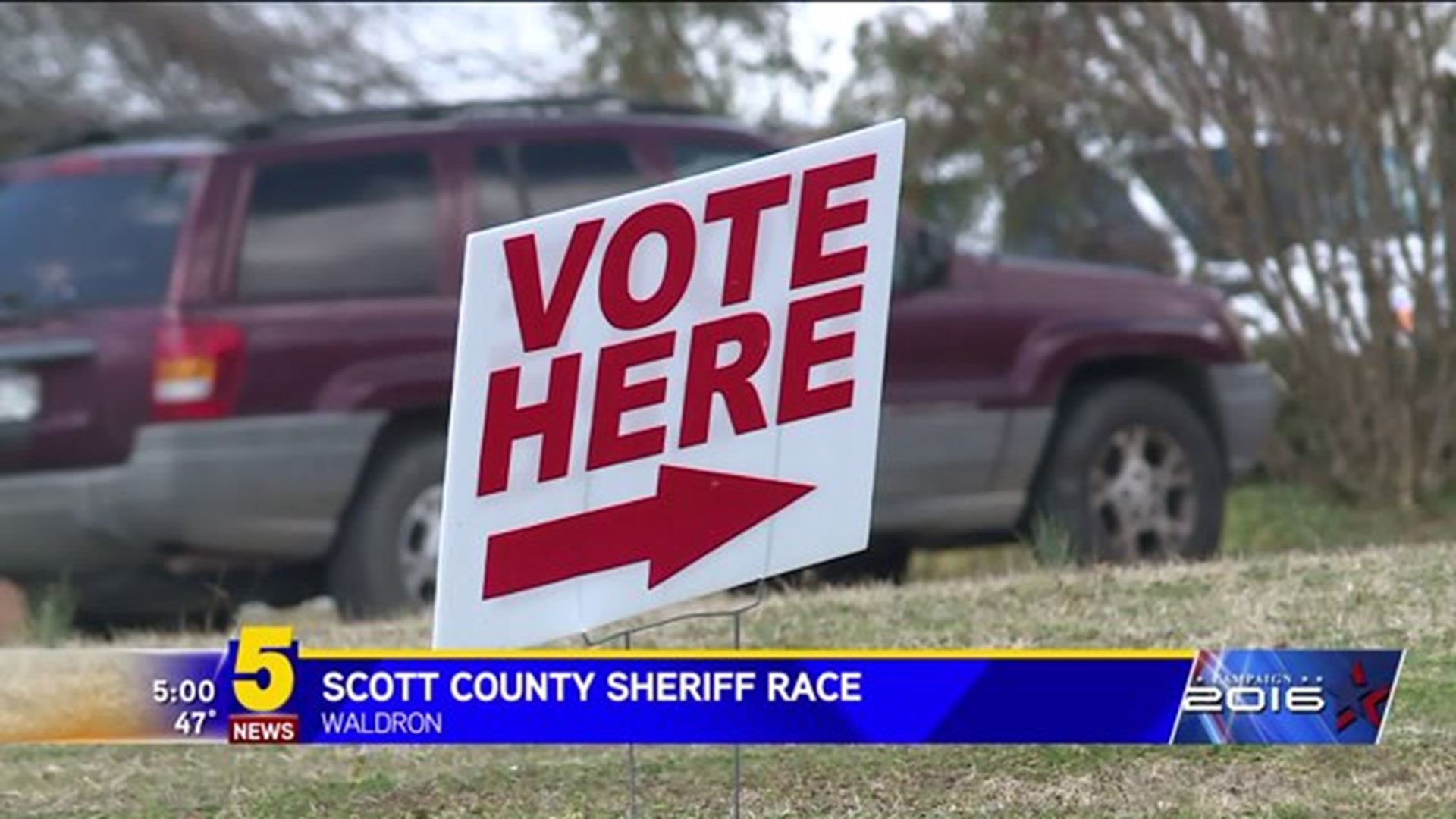 WALDRON (KFSM) -- There are six total candidates in the running for Scott County sheriff.

Carpenter died in 2013 during a swift water rescue. His wife Amie Carpenter was appointed to his position until the next election in 2014 where Staggs ran for and won office.

Carpenter had a long time  commitment to combat the growing drug problem in Scott County. It was a war he talked of often.

Staggs talked about the continued effort.

"One of the things I campaigned on in the last election was my intention to become more aggressive on drugs and I think I have delivered on that issue with a nearly 400 percent increase in drug related arrests," Staggs said.

Staggs will go up against independent candidate Randy Shores in November.

"I think we need to put more man hours in to addressing our growing drug problem in Scott county. We have to get rid of our drug dealers," Shores said.

Rogers also spoke of the war on drugs if elected.

"We have a bad drug in Scott County. Educating the people will make a lot of difference," Rogers said.