WALDRON (KFSM) — A Scott County man has pleaded not guilty to more than 300 counts of animal cruelty after allegedly embezzling money earmarked to care fo... 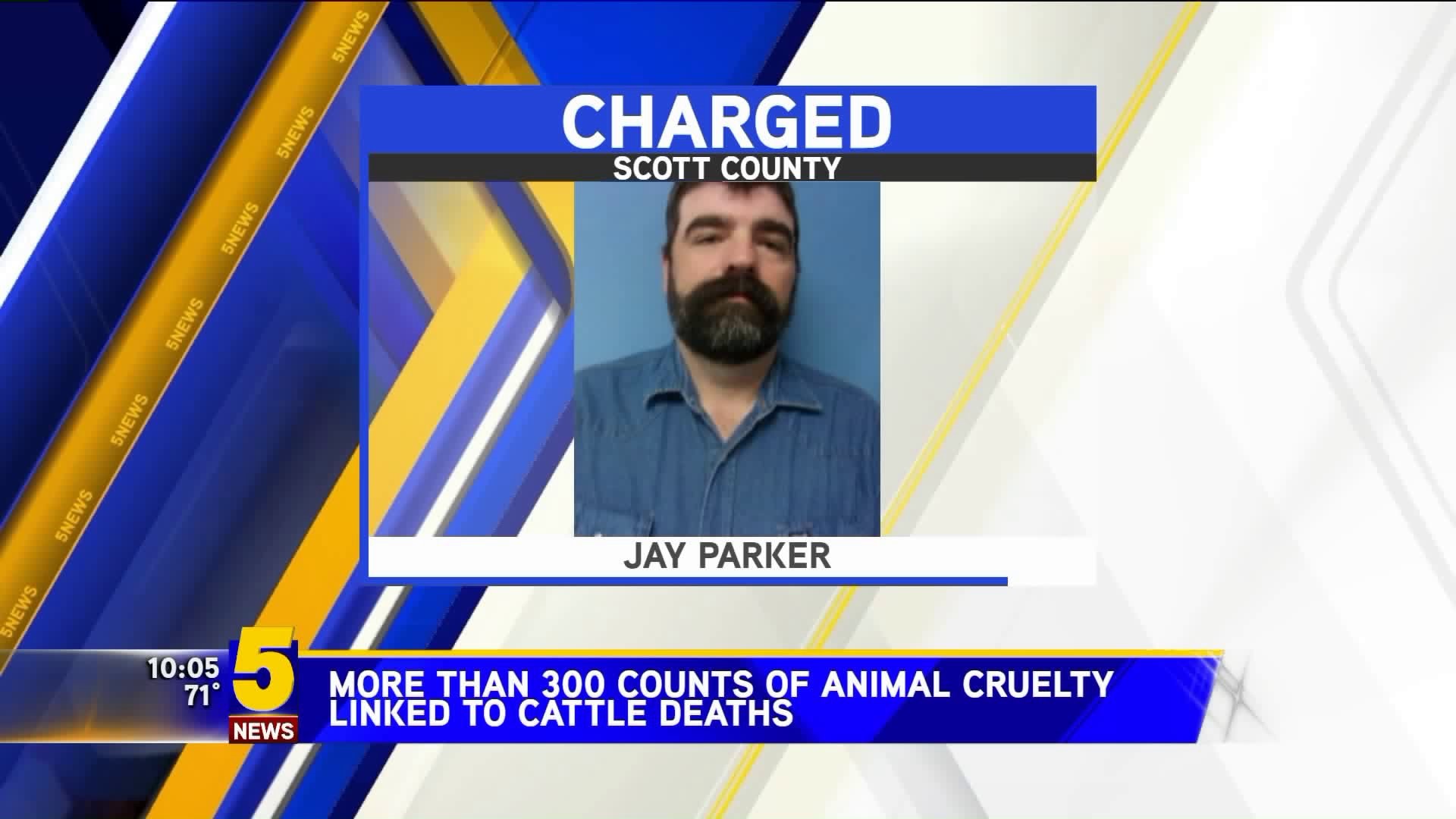 WALDRON (KFSM) -- A Scott County man has pleaded not guilty to more than 300 counts of animal cruelty after allegedly embezzling money earmarked to care for nearly 400 cows that died of malnutrition.

Parker had contracted with a cattle breeder in Texas to care for several hundred heads of cattle in 2017 and 2018.

Parker was responsible for providing feed, water and hay as well as vaccinating the animals, according to a probable cause affidavit.

Parker expected to make about $185,000 at the end of the contract, minus expenses.

The company, Sprayberry CGC Inc., of Midland, Texas, gave Parker $80,000 to care for the cattle, but he instead spent the money on his personal debt.

Soon after, the cows started dying en masse from malnutrition caused by Parker's "poor management skills and neglect," according to the affidavit.

An investigator with the Arkansas Agricultural Department visited Parker's farm, where he found several hundred dead head of cattle. Most were in different stages of decomposition.

The investigator noted there was "no way to get an accurate number due to scavengers scattering bones and some dead cattle stacked on top of each other," according to the affidavit.