SPRINGDALE, Ark. (KFSM) — Three unrelated threats were made at schools across the area Thursday (Aug. 29). This comes just days after the FBI released an adviso... 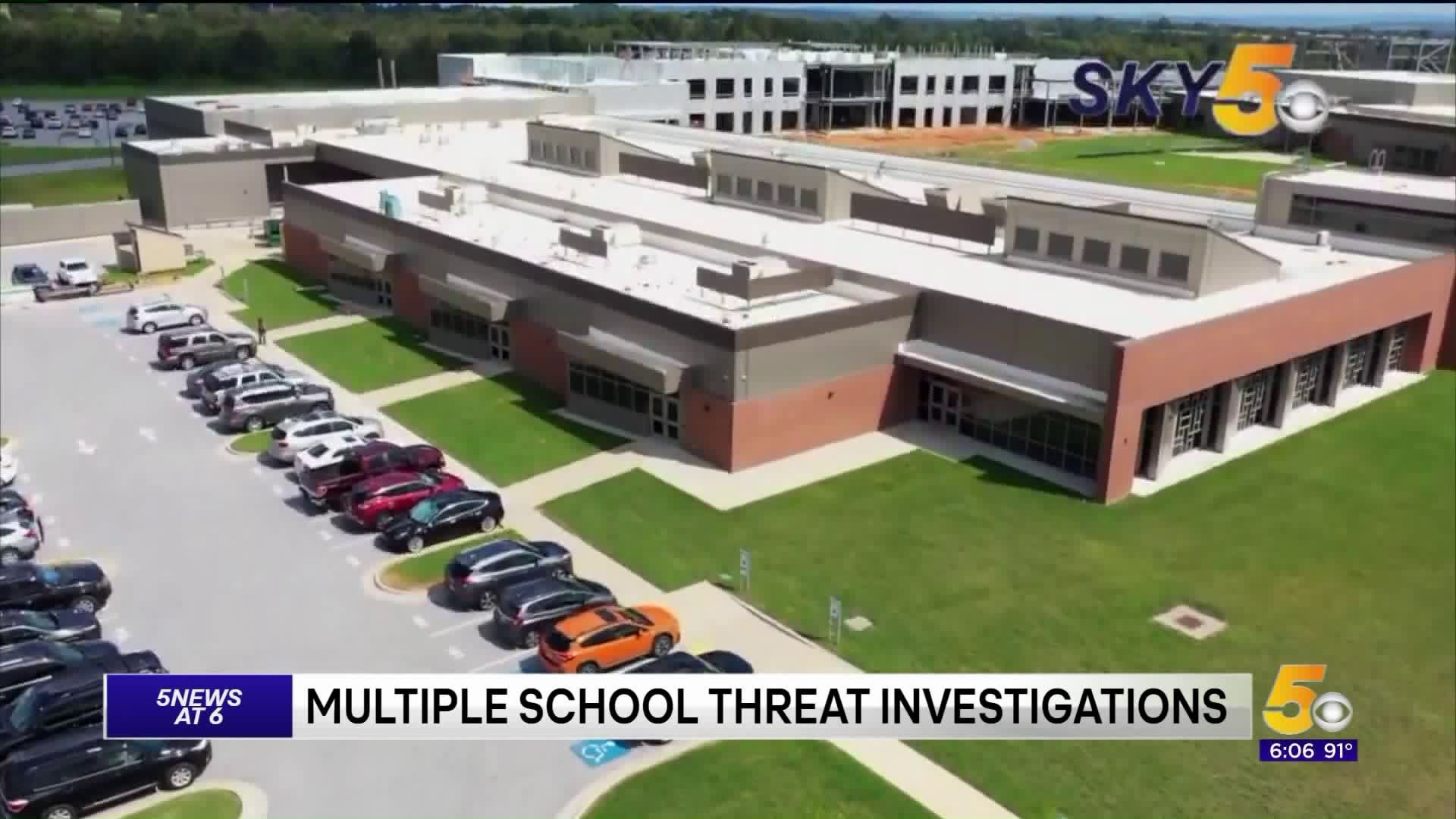 SPRINGDALE, Ark. (KFSM) — Three unrelated threats were made at schools across the area Thursday (Aug. 29). This comes just days after the FBI released an advisory to law enforcement officers across Arkansas about a possible school shooting happening on this date.  The warning went viral on social media.

The first incident occurred in Gravette after school officials and police received word a middle school student posted a threat on social media Wednesday (Aug. 28) night. The student has since been suspended from school. No formal arrest has been made due to the student's age.

Superintendent of Gravette Schools Dr. Richard Page says he believes this incident could have stemmed from the social media posts made about the FBI's warnings.

"It was a way of accelerating the opportunity to try and get kids out of school and create some anxiety for the rest of us. I do believe it was connected," Page said.

Gravette Police say they have extra officers at schools today because of the hysteria created about schools shootings over the weekend. Parents told 5NEWS they are thankful for the additional measures being taken.

At Paris High School in Logan County, two students were turned over to police after it was discovered they wrote a threat against Paris schools on a bathroom wall. The threat initially put Paris Schools on lockdown, but it was lifted after further investigation.

In Springdale, a Don Tyson School of Innovation student was taken into custody by police after bringing a BB gun to school.

"They immediately went to the student and confiscated the gun and put him in the possession of the Springdale Police Department," Rick Schaeffer with Springdale School District said. "They dealt with it immediately. No student was ever in danger, no gun was fired. But, this week of all weeks was probably not the one to have this happen."

The student was transferred to the Washington County Juvenile Detention Center for holding.