MOFFETT, Okla. (KFSM) — Students and faculty at Moffett Schools are mourning today (Feb. 14) after the death of their superintendent. Jimmie Owens died Wednesda... 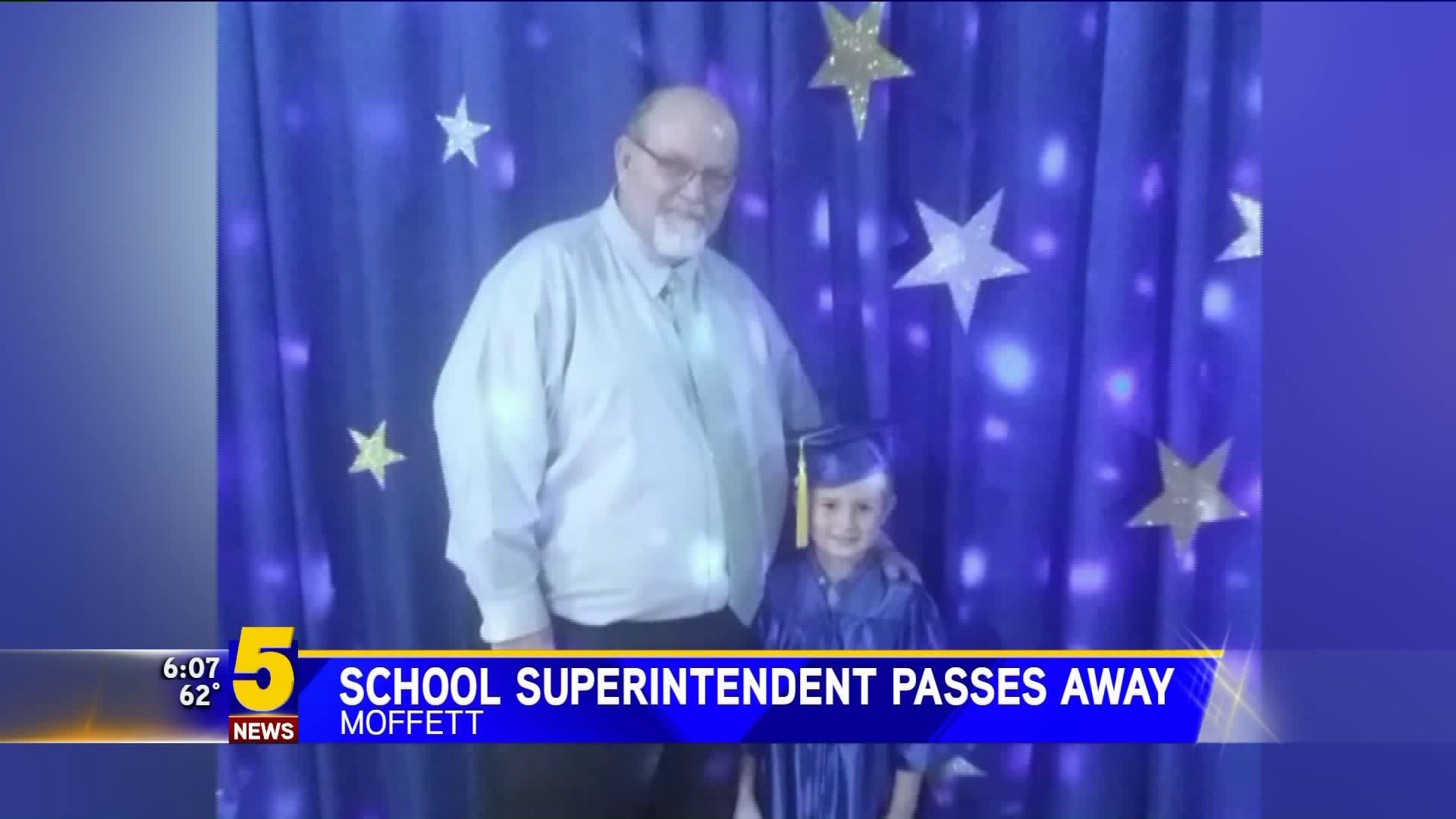 MOFFETT, Okla. (KFSM) — Students and faculty at Moffett Schools are mourning today (Feb. 14) after the death of their superintendent.

"The death is absolutely a shock, and we're still in disbelief," she said.

Owens had open-heart surgery in October, Jones said. While the surgery itself went well, Owens suffered several complications since. He had been coming in at least 2-3 hours a day to work, but he hadn't been in this week because he felt bad, she said.

Wednesday morning, his wife found him unresponsive and called 911, Jones said. They performed CPR and transported him to Baptist Health-Fort Smith, but they were unable to revive him.

Jones remembered Owens fondly, calling him "a mighty man of God," and a man who loved interacting with his students.

"He absolutely adored his students," she said. "He was never untouchable with the kids. He would talk to them and tease them. They could always approach him."

Owens was at Moffett for more than 20 years of his 25-year educational career. He was a teacher, then became principal of the school for about 10 years before being named superintendent nearly four years ago.

Jones said he Owens was also a coach of basketball, football and track, as well as a teacher of science, a field he loved.

"People would joking say he 'preached' science, because he was very passionate about it," she said.

Jones said the basketball team was scheduled to head to the Oklahoma State Championships this morning. After news of Owens' death broke, they debated whether to continue.

"They decided they were going to go ahead and go, because that's what he would have wanted, to carry on," Jones said.

For those left at the schools, Jones said counselors will be on-hand throughout the day Thursday. Funeral arrangements are still pending, she said, but a service may be held at the school's gym next week.

Meanwhile, tributes to Owens and condolences to those he left behind poured in from around the area, including one from nearby Roland Schools.

"He was truly and inspiration to so many and touched the lives of everyone around him," a Facebook post from the Roland School District read.