BENTONVILLE, Ark. (KFSM) — This week parents of students in one Bentonville neighborhood found out they wouldn’t have school bus service this year. Parents in t... 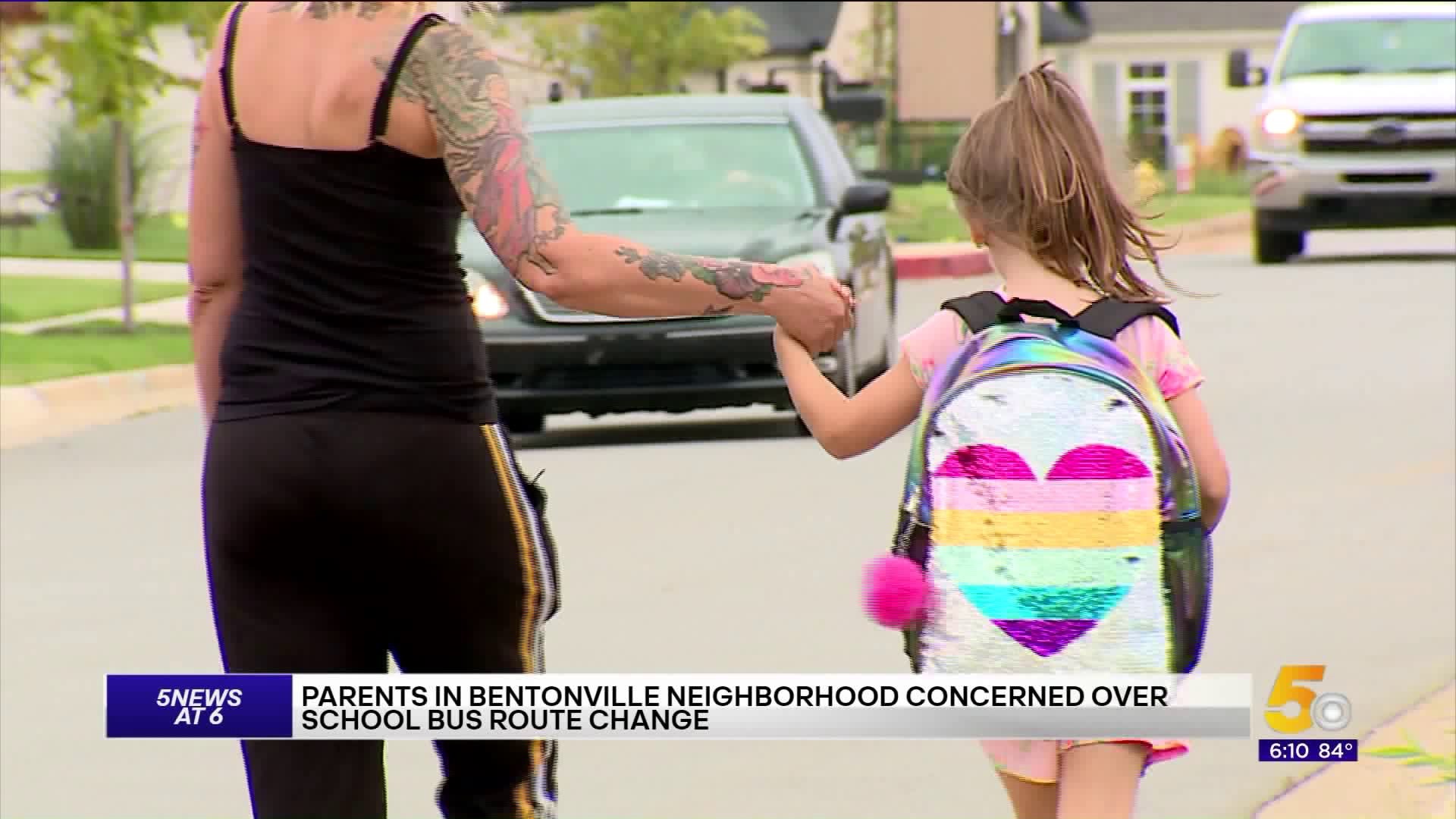 BENTONVILLE, Ark. (KFSM) — This week parents of students in one Bentonville neighborhood found out they wouldn’t have school bus service this year.

Parents in the Lochmoor Club neighborhood say for 15 years kids were picked up by a school bus and taken to school.

One week before the start of class they learned that was about to change.

“One problem is we weren’t notified so, there would have been a bunch of kids waiting on Tuesday morning for a bus that never came," parent Amy Terry said.

According to parents, the administration is invoking the one-mile radius rule, which ends bus service for neighborhoods within one-mile of a school.

Residents were told to use the new sidewalk on Edinburgh St. but they say the problem is that in some places the sidewalk just ends.

Terry, a mother of two, says kids would have to cross the street multiple times to stay on the sidewalk or be forced to walk in the street, through grass, mud and ongoing construction.

“In the mornings especially there are construction trucks on both sides with just a narrow lane in the middle, and I don’t even feel comfortable riding my bike because you can’t see who’s coming," Terry said.

Another option would take kids on a path near a busy roadway.

“The entrance on the other side coming off that highway, you've got cars going fast on that curve," Terry said. "There’s a dead-end sidewalk with overgrown bushes. You can’t even see the kids standing there and cars are going to be cruising by with no crossing guard."

Terry says the school is going to provide the neighborhood with just two weeks of bus service until parents can come up with a safe solution.

“We either have to figure out a way that parents can walk them, but a lot of families are two-parent incomes, so people are scrambling," Terry said.

5NEWS reached out to the school district which issued the following statement:

"Our Lochmoor families live a mile or less from their zoned schools. The extension of a neighborhood sidewalk system allows our students to safely walk, bike or carpool to class. To help these families make this transition, we will offer bus service in Lochmoor the first two weeks of school."

The statement also says every single school in the district has neighborhoods that are classified as no transport zones and this isn't unique to families in Lochmoor Club and affects thousands of families in our district.