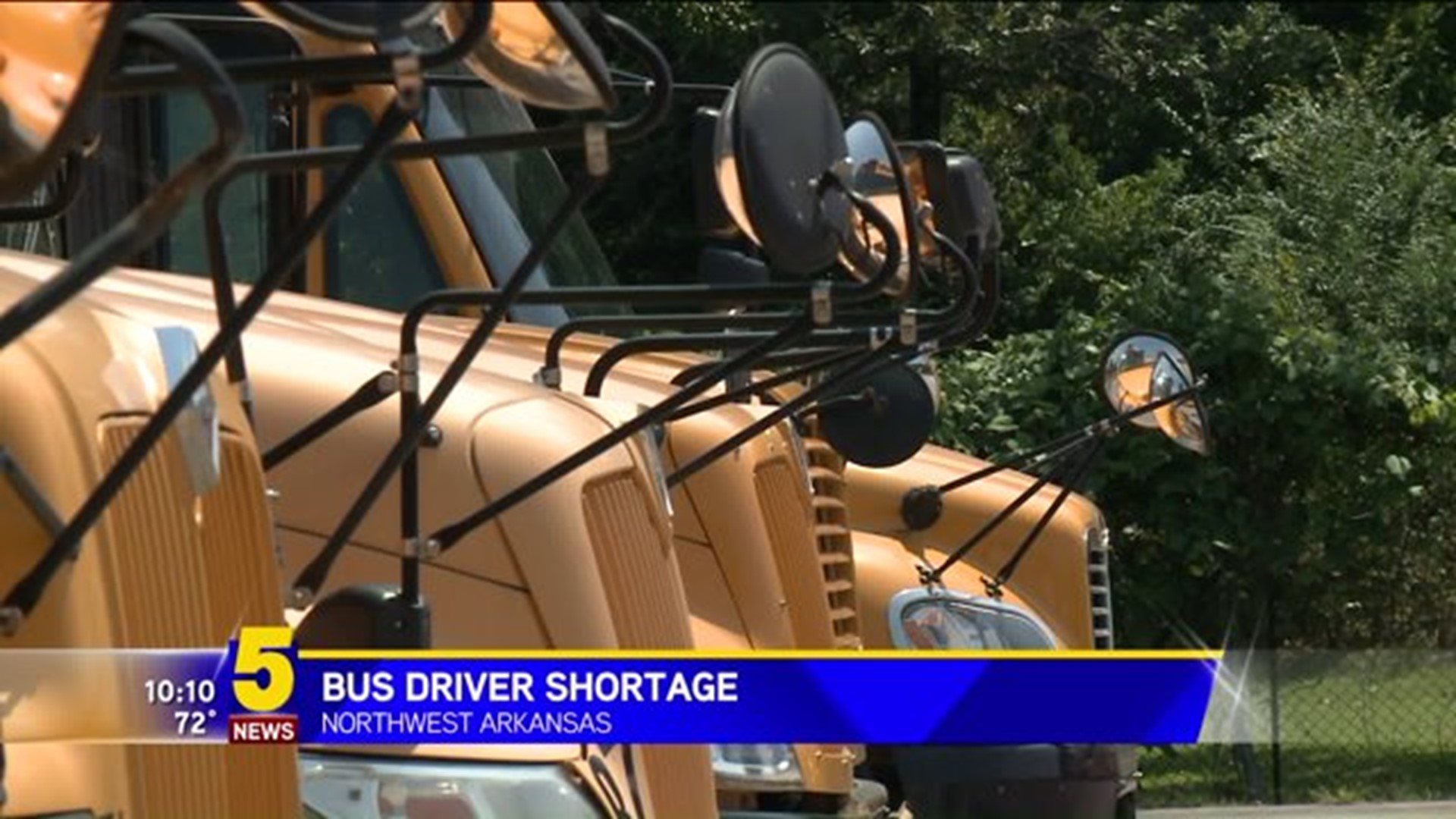 The Springdale School District, the second largest district in the state, needs six to eight more bus drivers for this school year, according to Transportation Director Dana Samples. He said they are having everyone from office staff to teachers fill in those vacancies.

Samples said the biggest problem they face when hiring drivers is the schedule since drivers work part-time in the mornings and afternoons.

"We have about a 125 buses and routes, but our buses run two or three routes within a shift," he said.

An bus driver applicant has pass a criminal background check, a physical and get a Class B Commerical driver's license, according to Samples.

The transportation director at the Fayetteville School District said they are also experiencing a bus driver shortage.

"We just do not get enough hired and and we are just not getting many applications right now," Tommy Davenport said.

He said they are wanting to hire four more drivers and described the job as fun, but with a lot of responsibility.

"[Students] get off the bus, they are full of energy, they are laughing and having a good time and you have gotten them safely home, and it is rewarding," Davenport said.

The spokesman for the Bentonville School District said they are doing better than some of the other school districts. Paul Stolt said they could use five more drives, but are having substitutes drive those routes.