ROGERS (KFSM) — The mother of a Sandy Hook mass shooting victim spoke to young women in the Rising Leaders program Monday and encouraged them to respond thought... 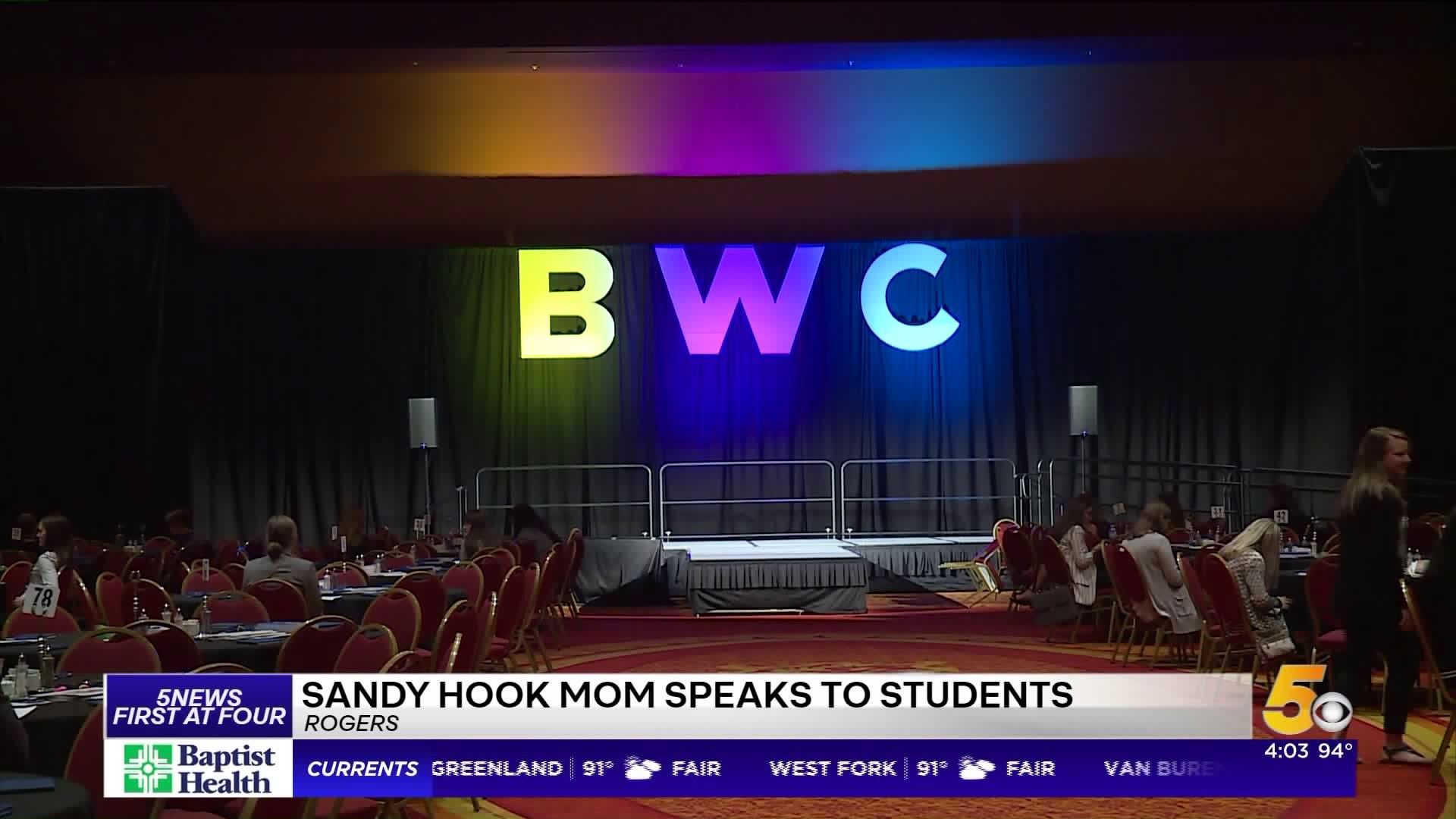 ROGERS (KFSM) — The mother of a Sandy Hook mass shooting victim spoke to young women in the Rising Leaders program Monday and encouraged them to respond thoughtfully to difficulties in their lives.

Scarlett Lewis, who lost her son Jesse in the 2012 massacre at a Connecticut elementary, was the keynote speaker at the program, part of the Northwest Arkansas Business Women's Conference held Monday morning (Sept. 16) at the John Q. Hammons Center in Rogers.

It’s an opportunity for young women to listen to speakers on certain topics including entrepreneurship and how to build healthy relationships.

Lewis started the Jesse Lewis Choose Love movement after losing her son. She travels the world speaking on how to respond thoughtfully to the things that happen in your life.

“We start with courage, and you can teach courage, but it does take courage to be able to thoughtfully respond to something difficult in your life by choosing love,” Scarlett Lewis said.

Jennifer Morrow with Bentonville Schools says it is important for the students to hear Lewis speak.

“It’s just a good practice that can segue into businesses, into homes, and schools ... it can give us a common language. They have a curriculum for the home, one for the schools they also have ways we can use this in businesses,” she said.

Lewis spoke on having courage and forgiveness. She said everyone is going through something, and we are here to support each other.

“Probably the most important thing I’ve learned since losing my 6-year-old son in Sandy Hook is that we’re all here to help one another. There are only two kinds of people in the world. There are good people and good people with pain.. and that’s a hopeful statement, because there’s always something we can do to help those in pain,” Lewis said.

Lewis is from Fayetteville and says she enjoys speaking in the area because it feels like home.

This is the second year for the Rising Leaders program, and more than 800 area students attended.