FORT SMITH (KFSM) — Those at the Fort Smith Salvation Army have counted their donations raised from their annual Red Kettle Campaign, and say they’ve exce... 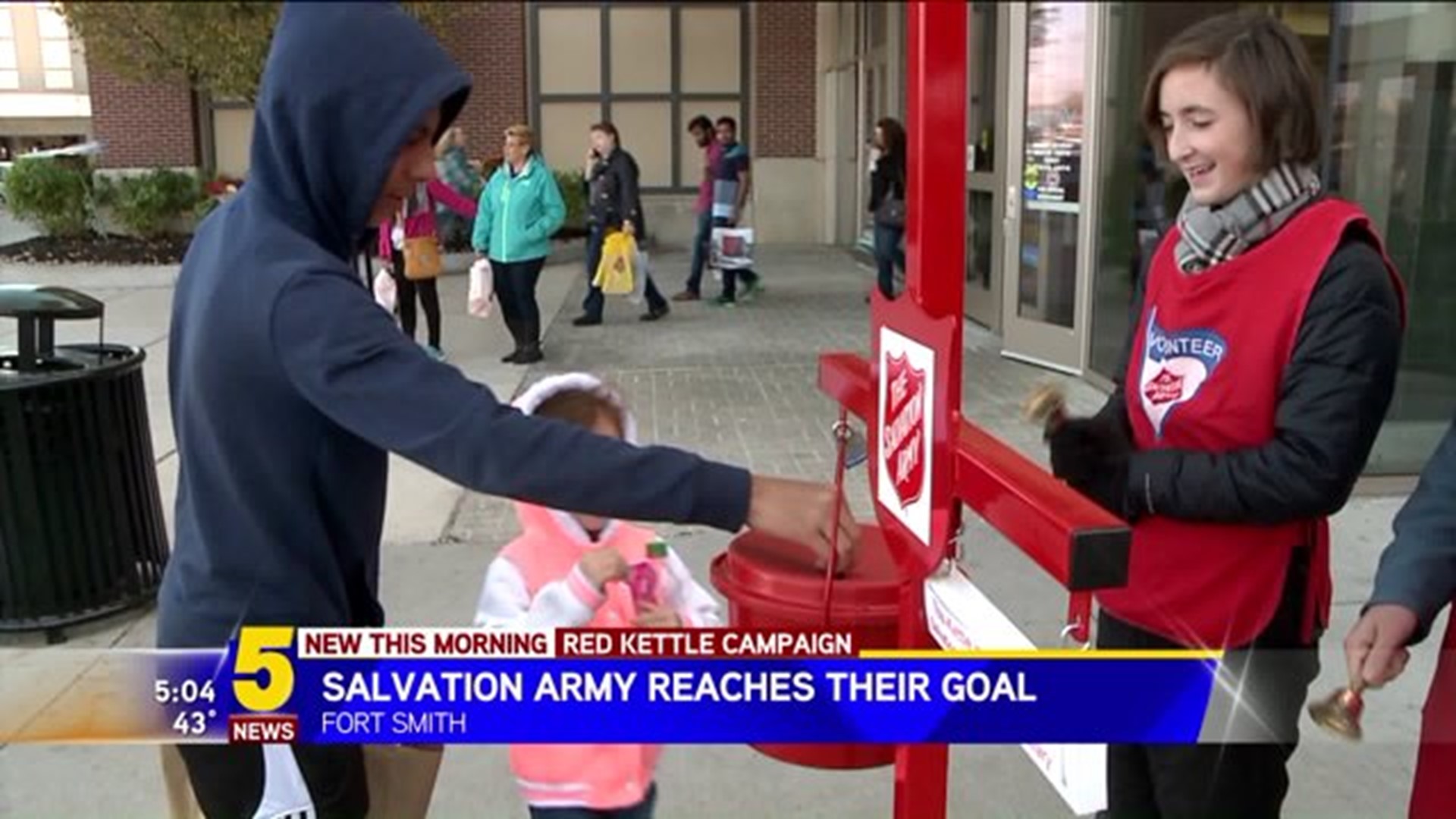 FORT SMITH (KFSM) — Those at the Fort Smith Salvation Army have counted their donations raised from their annual Red Kettle Campaign, and say they've exceeded their goal.

They said the donations  exceeded their expectations with about $218,000 raised through the campaign that began during November.

"It made us feel great.. the community really supported us," said Acie Turner with the Salvation Army in Fort Smith.

During that time, a total of 28 kettles throughout the River Valley were filled to the brim with cash, some even collected $100 bills, and of course a lot of coins.

The money collected will help pay utility bills at the shelter, as well as groceries for The Red Shield Diner, the diner at the shelter. At the diner, they serve nearly 40,000 meals per year. The rest of the funding goes toward the Angel Tree program, which assists more than 1,000 kids each Christmas.

With more and more money raised with during each year, organizers say they're thankful for a community that has a giving heart.

"We want to thank everybody for their heart and donations," Turner said. "The money will go a long way and we will absolutely do this very carefully and help with as many people as we can."

Workers said the campaign helps with 25 percent of the budget throughout the year.

The Salvation Army of Northwest Arkansas continued counting Wednesday (Dec. 28), the funds raised from their campaign.