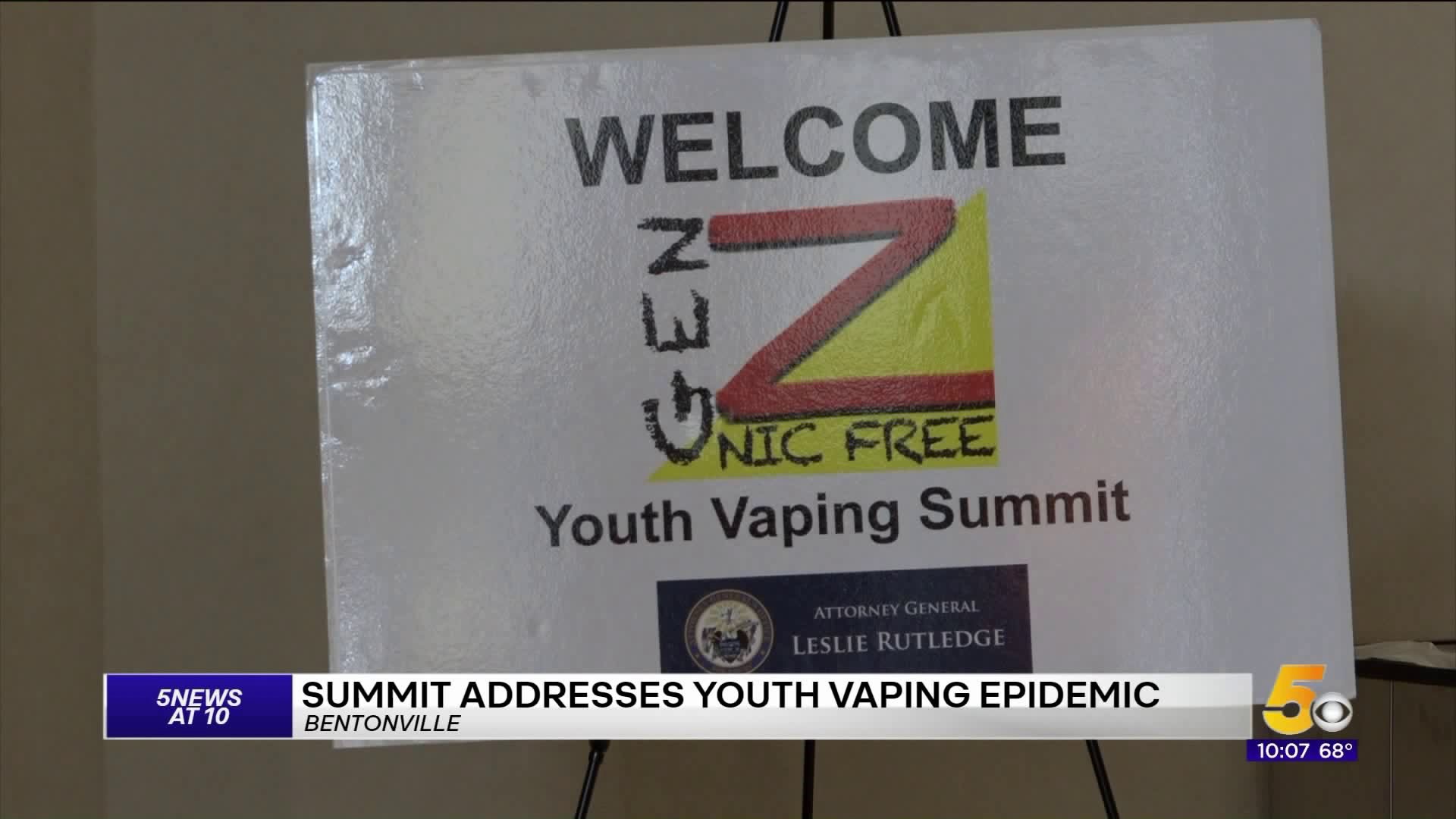 Rutledge hosted a vaping summit at Bentonville High School Wednesday (Oct. 10) and spoke with several people about how they feel about what's being called an epidemic.

The Arkansas Department of Health says there are 19 total lung illness cases in the state. Three cases are confirmed, 10 are probable and six are under investigation.

Crawford County Prosecuting Attorney Rinda Baker says it's the community's responsibility to get the message out there to kids that this is not safe.

"All that they are hearing is commercials, and internet and Youtube video telling them that this is safe and this is okay for them and it's a way for them to get their high, their little high," Baker said.

The injuries are on the rise as the popularity of e-cigarettes has surged among teens and young adults. So much so that one student from Bentonville High School had to be taken to the hospital due to vaping.

"We have had to transport a student to the hospital for medical care due to some use of a vape," said Bentonville Superintendent Debbie Jones.

With the number of vaping related injuries continuing to grow, Jones says she is taking a stand against vaping.

"Our greatest concern's really for the youth because they do not currently have a nicotine habit and starting with vaping with what they believe is a safer product they are beginning a life of addiction to nicotine," Jones said.

Jones spoke about the increase in students being suspended for vaping related infractions saying they have seen a 420% rise since 2016.

Bentonville High School freshmen Ryan Davis says he is against vaping and listened in on today's summit.

"I thought finally somebody is doing something to help stop it," Davis said.

Davis says he knows it's become a real problem and wants it stopped before there are more injuries or even deaths.

"Disgusted…I just don't know why people would want to do that,"

Earlier this week Leslie Rutledge sent a letter to eBay demanding the removal of all electronic nicotine devices and products from its website.

The attorney general also issued an enforcement advisory to 100 online e-cigarette retailers, warning that it is illegal to sell or ship any tobacco products, including e-cigarettes and e-liquids, to customers in Arkansas.