RUSSELLVILLE (KFSM) — A Russellville man is remembering his wife and 9-year-old son who died after a tree fell onto their mobile home Saturday (Sept. 1). ... 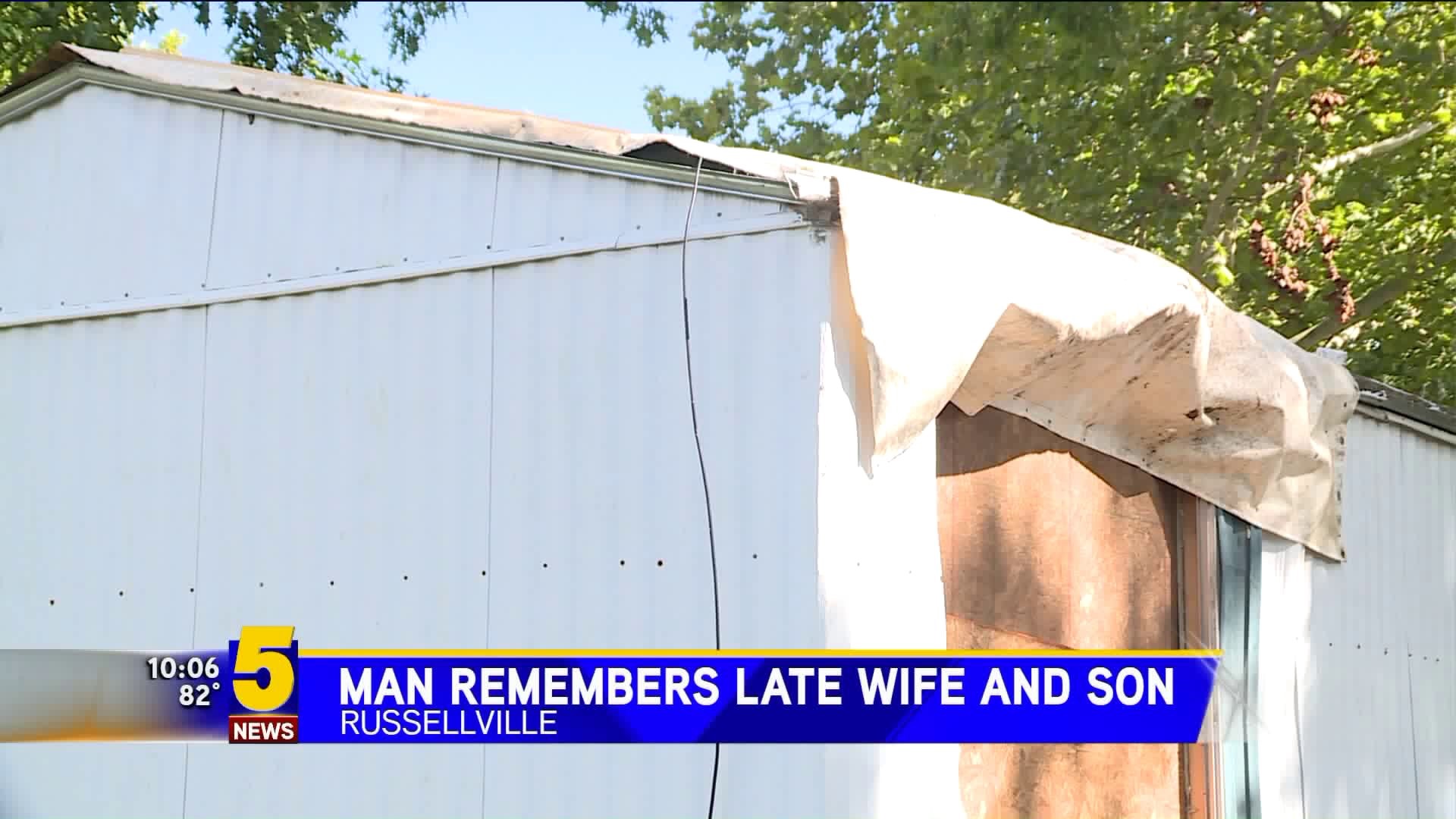 RUSSELLVILLE (KFSM) -- A Russellville man is remembering his wife and 9-year-old son who died after a tree fell onto their mobile home Saturday (Sept. 1).

Chris Huggins rented their home in a mobile home park off W. Main Street in Russellville with his wife, Alisha, and their four children.

The morning of the accident, Huggins said he was helping a friend work on a car when he got a phone call.

“My friend called me and said ‘Did you get a phone call?’" Huggins recalled. "I was like 'What phone call?', and he said ‘There’s a tree that fell on your house.’”

Huggins said he rushed home to find a tree lying on top of his mobile home. In the wreckage, he ran to attend to the screams of his 6-year-old daughter who was trapped underneath.

“All I heard was her screaming, and it was just tearing me up," Huggins said.

“As soon as I got there, they told me they had bad news and I said ‘I already know, just don’t tell me. I don’t need to hear it,'" Chris Huggins recalled.

It wasn't long after that he was informed that Alisha and Landon had both died.

Huggins said at the time, Alisha and the children were taking a nap in the back bedroom. His younger son and old daughter, Landon's twin, both made it out with little injury.

The last few days have been difficult, especially as Chris thinks back to how the accident could have been avoided. He said the tree had long been a concern and had grown too large for being so close to the home.

But, his thoughts remain on his late wife and son, who will always be remembered. Landon, he said, for always wearing a smile, and having a joyful personality. Alisha for her enjoyable presence and her ability to make people smile, Chris Huggins said.

“Cherish every moment that you’ve got with your family because you never know when they’re going to be taken away," Chris Huggins said. "Don’t take anything for granted.”

A GoFundMe account has been created to help the Huggins' family with funeral expenses. A public visitation for both Alisha and Landon will be held on Wednesday (Sept. 5) at Humphrey Chapel in Russellville from 6 to 8 p.m.