Rules For Drone Use In Arkansas 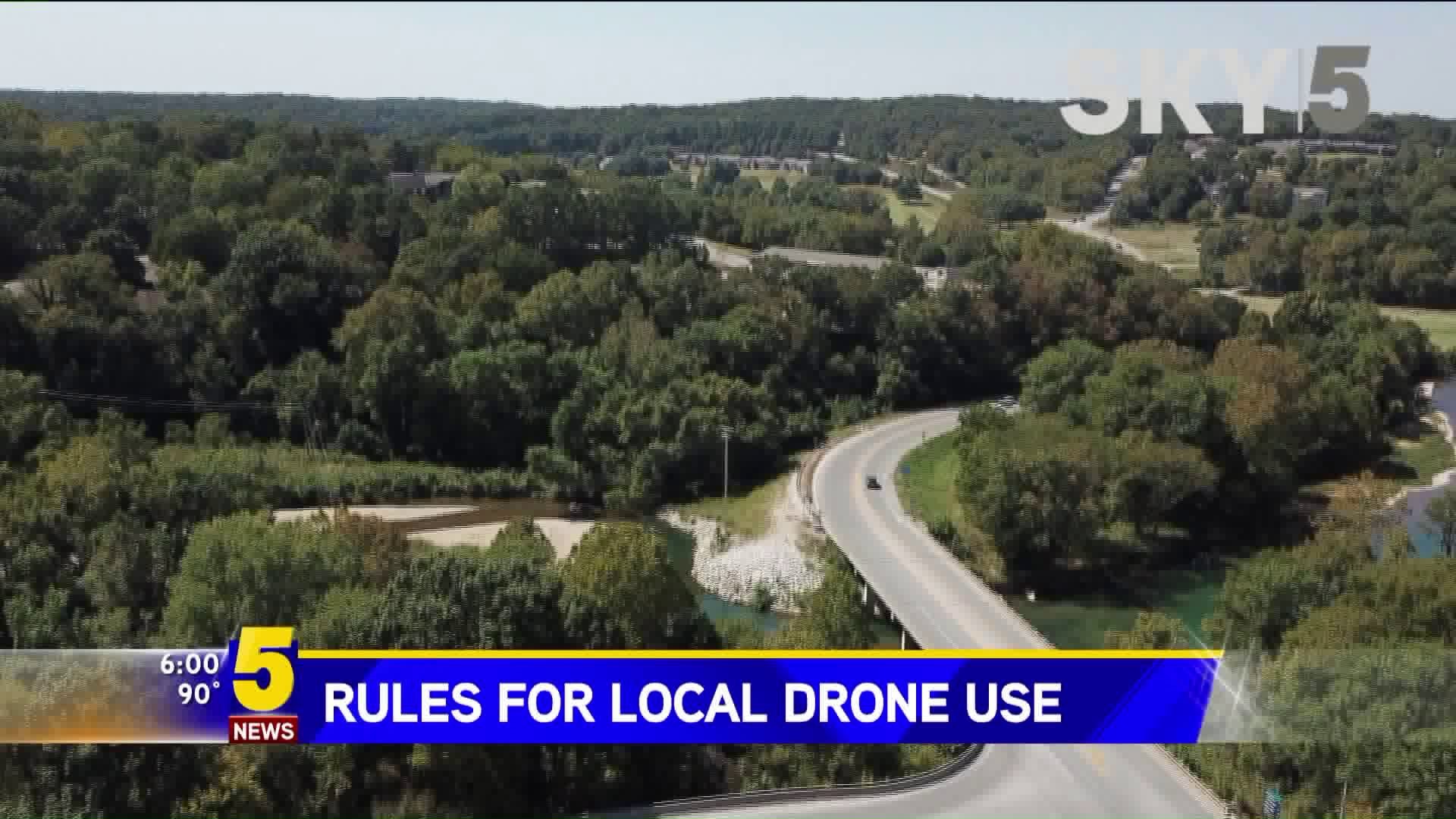 BELLA VISTA (KFSM) -- Drones are becoming more common and they can often be heard buzzing overhead in local neighborhoods.

Bella Vista Police Department has had six calls in just the last few months into dispatch about drones. Callers said they felt like they were either being watched, followed or just had safety issues with the drones.

“It technically wouldn't necessarily be a violation if someone was just hovering a drone near your home or near your backyard but it does concern people and I can see why,” he said.

He said Arkansas has a voyeurism law and violating it could result in a misdemeanor or even felony charge depending on the victim's expectation of privacy.

“It would be no different than you climbing a ladder and looking in someone's window. So, it's the same thing if you put the drone in the position that where it could do the same thing that you could do on a ladder, it would be the same kind of charge,” he said.

University of Arkansas drone expert Richard Ham said the Federal Aviation Administration allows drones to be flown if it's not within five miles of airport or doesn't have any other restrictions.

He said the FAA does have some specific requirements depending on what authority you are flying under.

“Almost every time in almost all those authorities the FAA says if you ever operate the drone in an unsafe manner or that causes or could cause any danger to property or people that that`s prohibited,” he said.

The FAA as online hotline for anyone to report drone misuse or concerns.

If you are having issues with a drone flying over your house, police first recommend for you to approach the person flying the drone to voice your concern.

Calling police will just result in them doing the same, as there won't be any criminal violation.