SPRINGDALE (KFSM) — Nearly every seat in Cross Church was filled Sunday (April 8), as Dr. Ronnie Floyd stepped down as senior pastor to accept a position ... 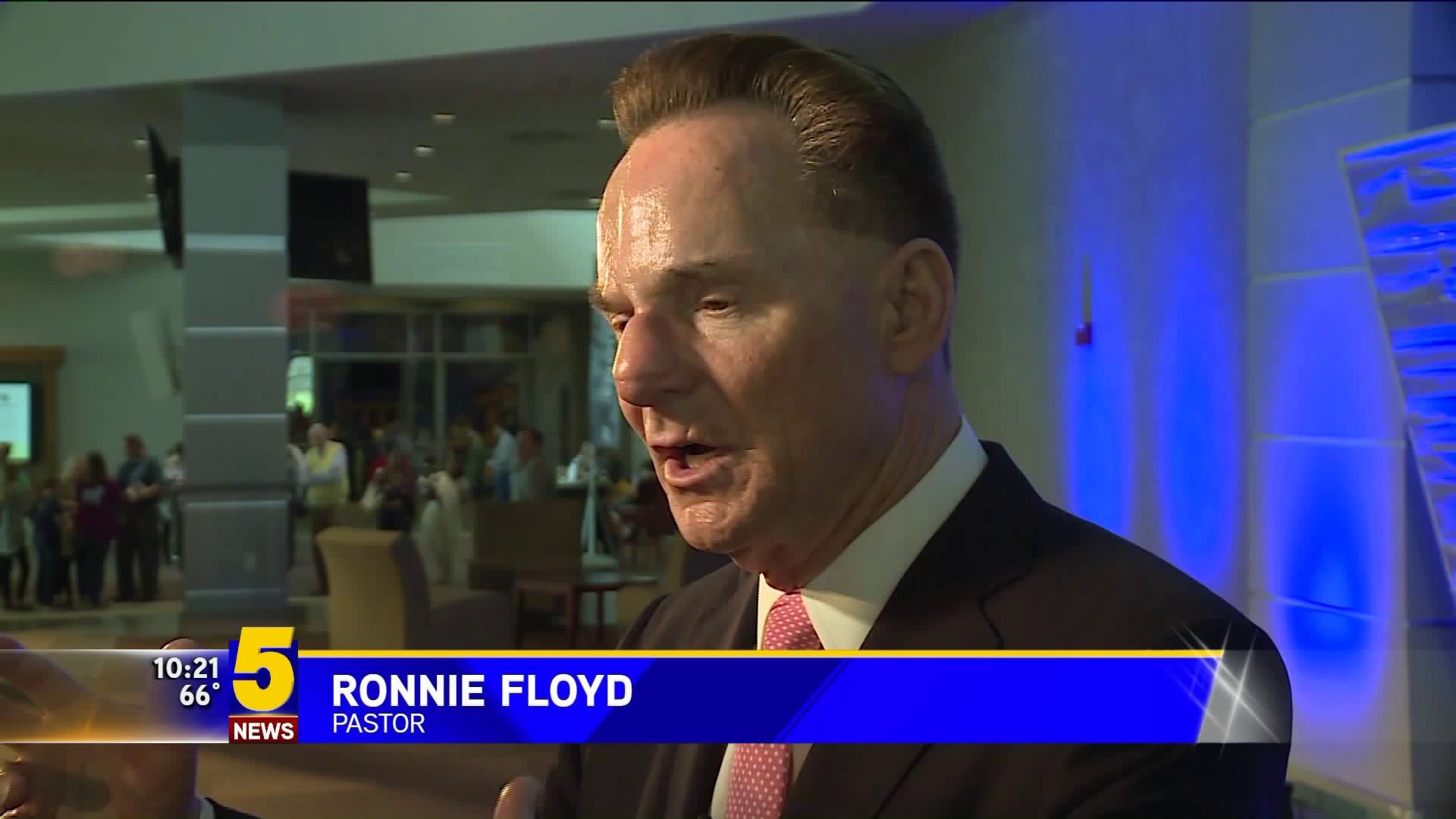 SPRINGDALE (KFSM) -- Nearly every seat in Cross Church was filled Sunday (April 8), as Dr. Ronnie Floyd stepped down as senior pastor to accept a position as executive committee president of the Southern Baptist Convention.

"Today was a very emotional day for me. I have been in those whole emotions for these weeks knowing today would come," said Floyd, who served the church for more than 30 years.

He was elected earlier this month by a vote of 68-1 to become the convention's next executive committee president.

Floyd, who got a standing ovation after announcing his resignation, will hold his last service at the church on May 19.

Floyd said his goal as president is to shake things up and help spread the Gospel.

"We just have to do what we can to re-engineer, restructure, revive under the spiritual leadership of all the churches towards reaching the gospel," Floyd said.

Church members will vote April 28 to decide their next leader.