FAYETTEVILLE, Ark. (KFSM) — Pastor Ronnie Floyd has been elected as the Executive Committee President of the Southern Baptist Convention (SBC) and is leaving Cr... 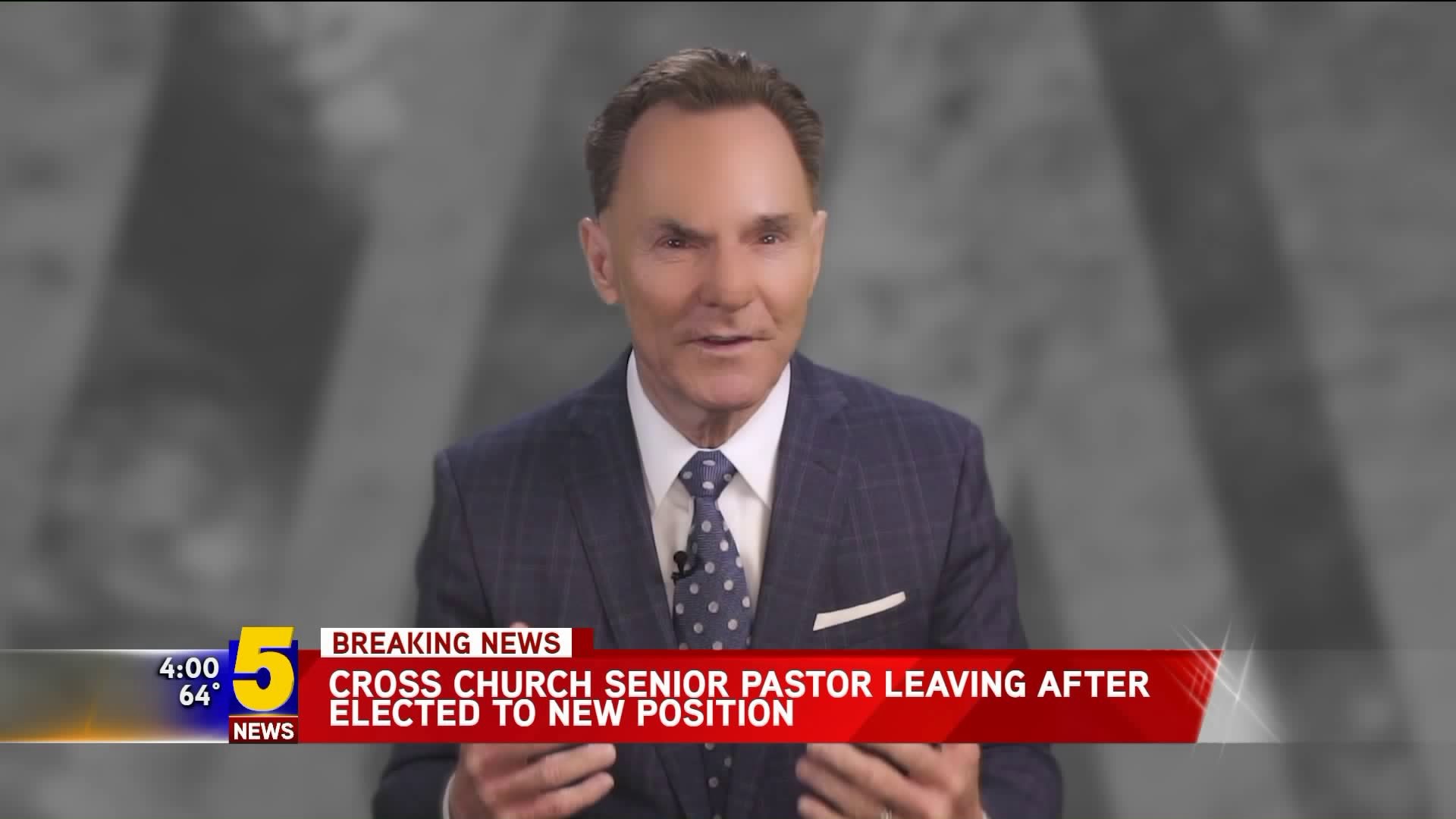 FAYETTEVILLE, Ark. (KFSM) — Pastor Ronnie Floyd has been elected as the Executive Committee President of the Southern Baptist Convention (SBC) and is leaving Cross Church.

Floyd has been the pastor at Cross Church for 33 years. He shared a video addressing the church on Sunday (March 31), saying the church was his joy and his family. He says that God has issued a new calling on his life.

He is set to announce Sunday, April 7 when his last day at Cross Church will be.

Cross Church has four locations across Northwest Arkansas and a total of 11 services on Sunday mornings.

“Dr. Ronnie Floyd is a visionary who leads with incredible excellence. He is an innovator in Arkansas in multi-site church campuses, fueling a growing prayer movement, modeling racial diversity among his staff and church, and investing in local business leaders and the next generation of church leaders. Despite the demands of leading a large congregation, he continually models being a great husband, father and personal friend.” – Dr. J.D. “Sonny” Tucker, Executive Director of the Arkansas Baptist State Convention