FAYETTEVILLE, Ark. (KFSM) — A Rogers woman who admitted to embezzling nearly $20,000 from a Springdale law firm was sentenced Thursday (Oct. 10) to just under t... 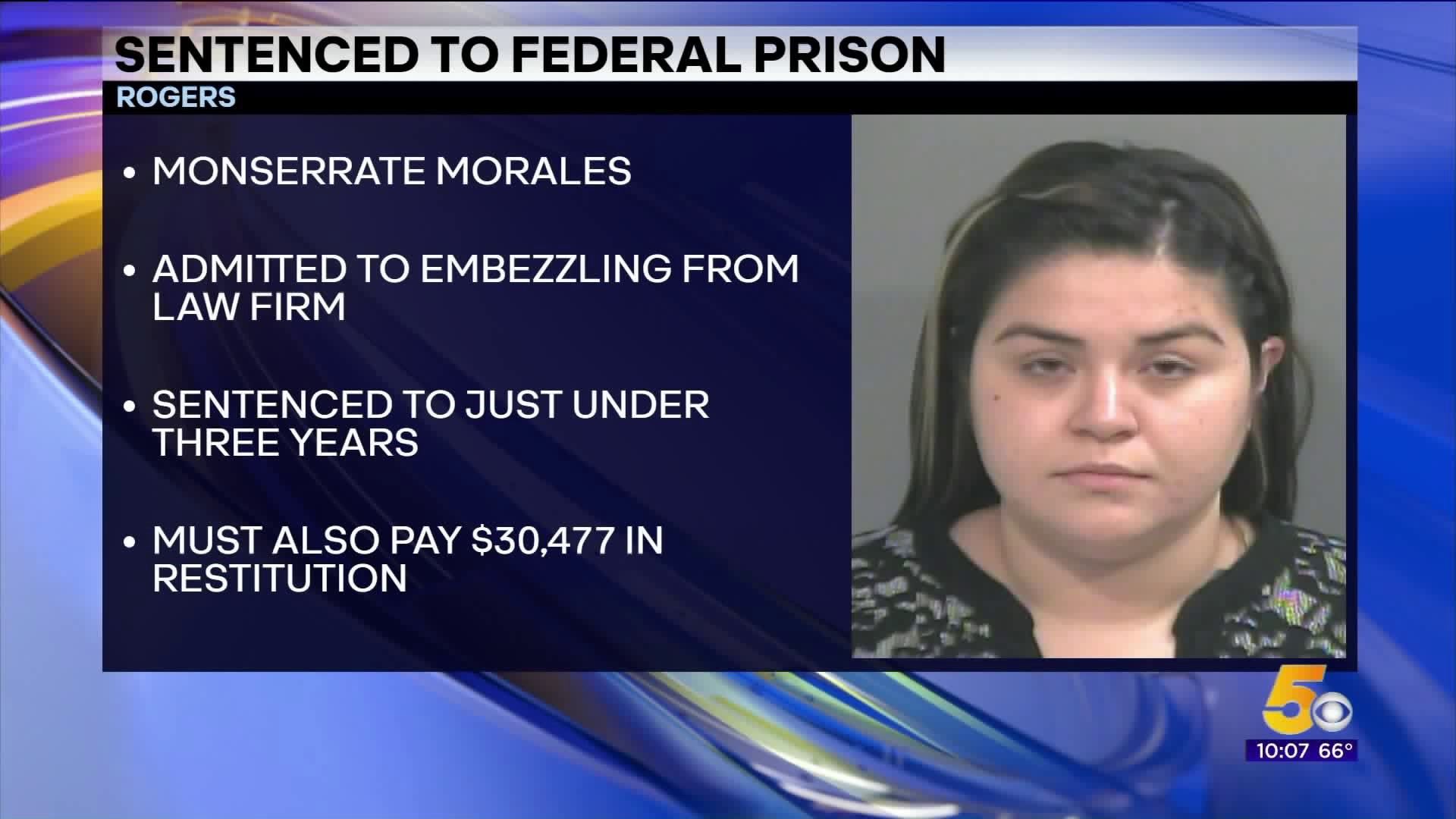 FAYETTEVILLE, Ark. (KFSM) — A Rogers woman who admitted to embezzling nearly $20,000 from a Springdale law firm was sentenced Thursday (Oct. 10) to just under three years in federal prison.

Morales pleaded guilty in May in U.S. District Court to one count each of wire fraud and bankruptcy fraud.

Morales told federal investigators she stole roughly $18,961 by intercepting payments from clients to the McManus Law Firm, where she worked as a receptionist between 2012 and 2018.

Morales would steal cash payments from clients that were intended as legal fees to the firm, according to court documents.

She also forged court documents, bankruptcy documents and, in one case, a federal judge's signature, to help conceal the scheme from attorneys and clients.

Investigators noted that for one client, Morales took their money despite no legal work taking place.

Morales told the client their file was "almost done" and should be filed "this month once funds are paid i(n) full," according to court documents.