Police arrested a Rogers student after they said he sexually assaulted an assistant high school principal. Fernando Rodriguez, 18, was arrested Wednesday on sus... 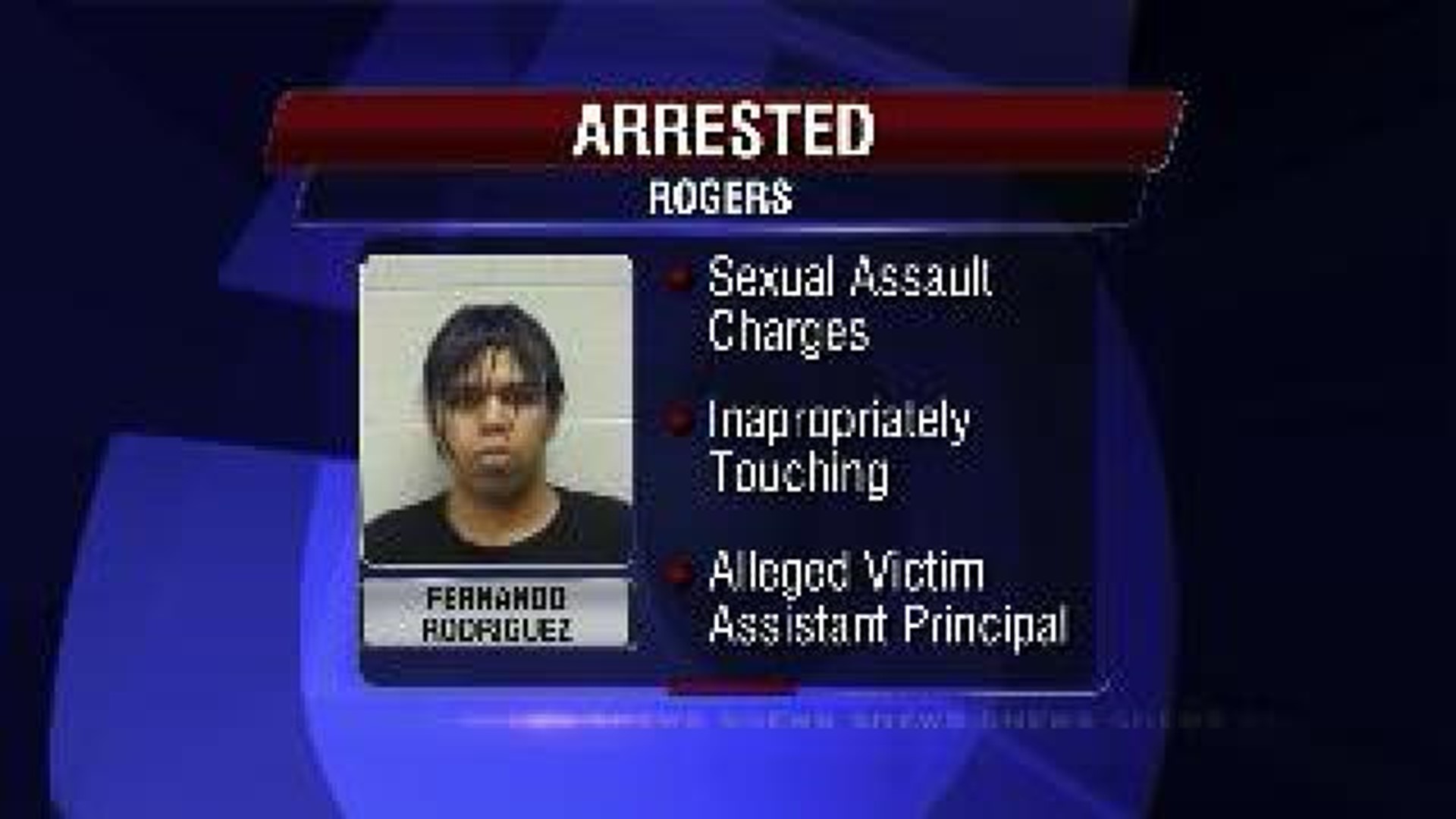 Police arrested a Rogers student after they said he sexually assaulted an assistant high school principal.

The assistant principal had received a call earlier in the day from a teacher who was concerned about Rodriguez. The teacher said Rodriguez was behaving erratically and talking to “people who were non-existent,” according to an arrest affidavit from Benton County.

When the assistant principal sat down to talk to Rodriguez, the student began to rub his hands up the woman’s leg and arms, the affidavit states. Rodriguez also moved his foot up and down the alleged victim’s leg, police said.

Rodriguez’s sister arrived at the school to pick him up and told administrators Rodriguez had recently stopped taking medication for an undisclosed medical condition. The sister also said Rodriguez was a patient at a local mental health facility and that he had a court hearing scheduled to determine whether Rodriguez should be involuntarily committed into a facility, according to the affidavit.

Rodriguez then reached out and grabbed the assistant principal’s buttocks, police said.

“I was shocked at this behavior and felt that my person had been assaulted by this erratic behavior,” the alleged victim told police. “I was scared that this student might harm me or others on our campus.”

The assistant principal then spoke with the school resource officer to file a personal assault report.

Rodriguez was later admitted into a local mental health facility, according to the school’s counseling office.

Rodriguez is no longer a student at Rogers Public Schools, a school district spokesperson said.