ROGERS, Ark. (KFSM) — As the first day of school for Rogers students quickly approaches, administrators say some new changes this year aim to cut back on traffi... 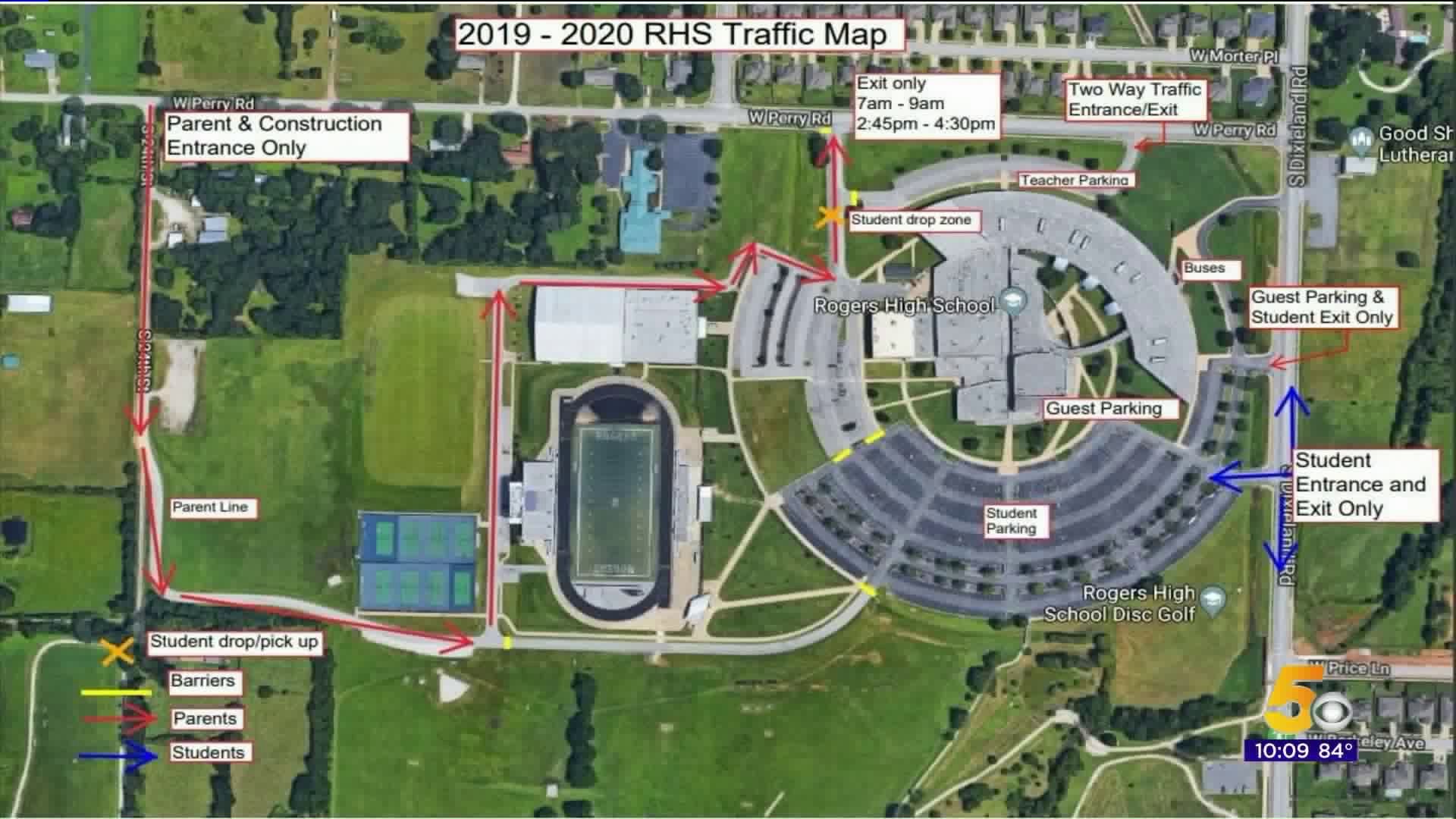 ROGERS, Ark. (KFSM) — As the first day of school for Rogers students quickly approaches, administrators say some new changes this year aim to cut back on traffic and increase safety.

Rogers Superintendent Marlin Berry gave 5NEWS the details on what the administration is doing this year to keep students safe and hopefully cut down on some of the morning traffic.

"We want those kids to be just as safe as the parents do," Berry said.

The school has implemented a new radio system with direct contact to the fire and police departments. Berry says quick and efficient communication is a top priority.

"We hope we never have a situation that’s a crisis, but if it does happen then we have instant communication," Berry said.

Berry says communication with the old radio system can be patchy along some bus routes in rural parts of the district and towards Beaver Lake. He says with the new radio that will no longer be an issue.

"We have the ability to take to our buses where ever we are in the state," Berry said.

One parent's children ride the bus to school every day. She says knowing her children are safe is crucial.

Traffic is another major concern for parents or anyone on the road during school hours.

Berry says law enforcement will assist with traffic control for the first few days at some schools including the brand new Fairview Elementary.

In addition, Rogers High School has new traffic patterns for the school year.

These changes and others are a part of a plan to cut back on slowdowns and many parents say they look forward to it.

The district also stresses to anyone else on the road to be mindful as school starts back up. There might be some slowdowns but as time passes, parents, buses and students will get back in the swing of things.