ROGERS (KFSM) — Rogers police fatally shot a pit bull Monday (Aug. 20) while responding to a welfare check on Price Lane. Officers were called at about 9:30 p.m... 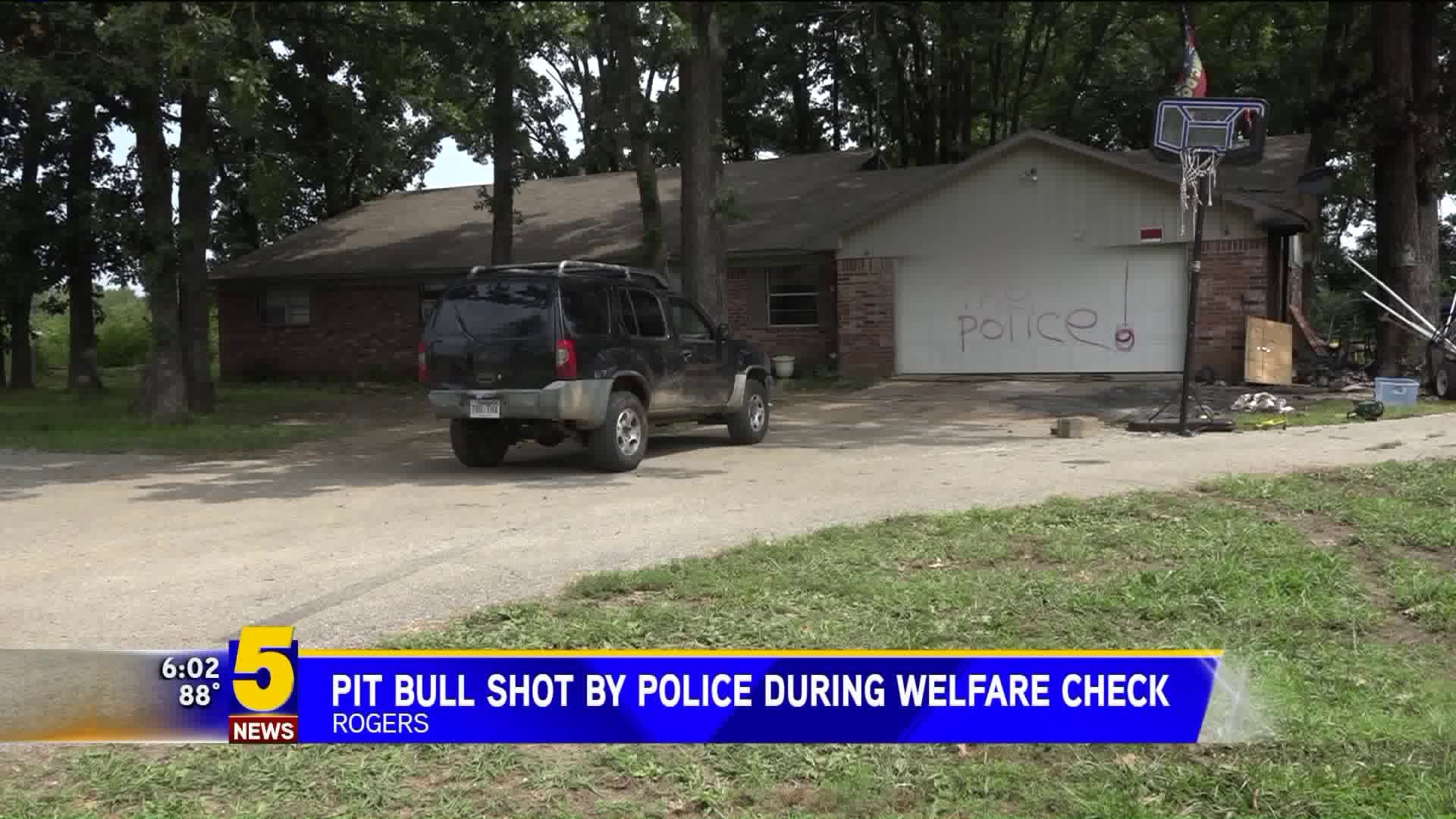 Officers were called at about 9:30 p.m. to the house for a suicide threat and found a car parked nearby with a person inside as well as a pit bull chained between two trees, according to a news release.

Officers asked to speak to a person inside the house, but they ignored their request, according to the release.

When an officer walked around the corner to speak to the person in the car, the chained pit bull began barking and aggressively charged the officer.

As the officer moved to get out of the dog's range, another unchained pit bull came around the corner and began barking and charging at the officer.

The officer said he yelled at the dog, but when it didn't stop the shot and killed it, according to the release.

Police declined Wednesday (Aug. 22) to comment further but said the investigation is ongoing.

The owner of the dog is demanding justice because he said police shot his dog for no reason.

Kelly Nichols said he and some friends were just about to eat dinner Monday (Aug. 20) night.

“When we heard two or three shots...pop, pop, pop. That's when the spineless cop from Rogers police shot my dog,” Kelly Nichols said.

“He came back in and he was shot and my dog was bleeding from his neck.”

Nicholas said his dog, Boceffus, was not aggressive and disagreed with what the officer said.

“We're living on 50 acres here, so I don't put my dogs on a chain because you make them mad, you know. Boceffus was the gentlest dog you've ever seen in your life, you've never even seen a more gentle dog,” he said.

Nichols said no one at his house called the police that night, but he said he and his ex had called police before when they were having problems, but not that night.

“The police never even, they didn't even...they never even told us we are here or even recognized us. 'We're the police department,' they never said that one bit,” he said.

Nichols said he did take the dog to the vet, but he couldn't be saved.