ROGERS (KFSM) — Several customers of Pei Wei in Rogers are claiming they found blood in their food while dining at the restaurant Saturday night (Oct. 13)... 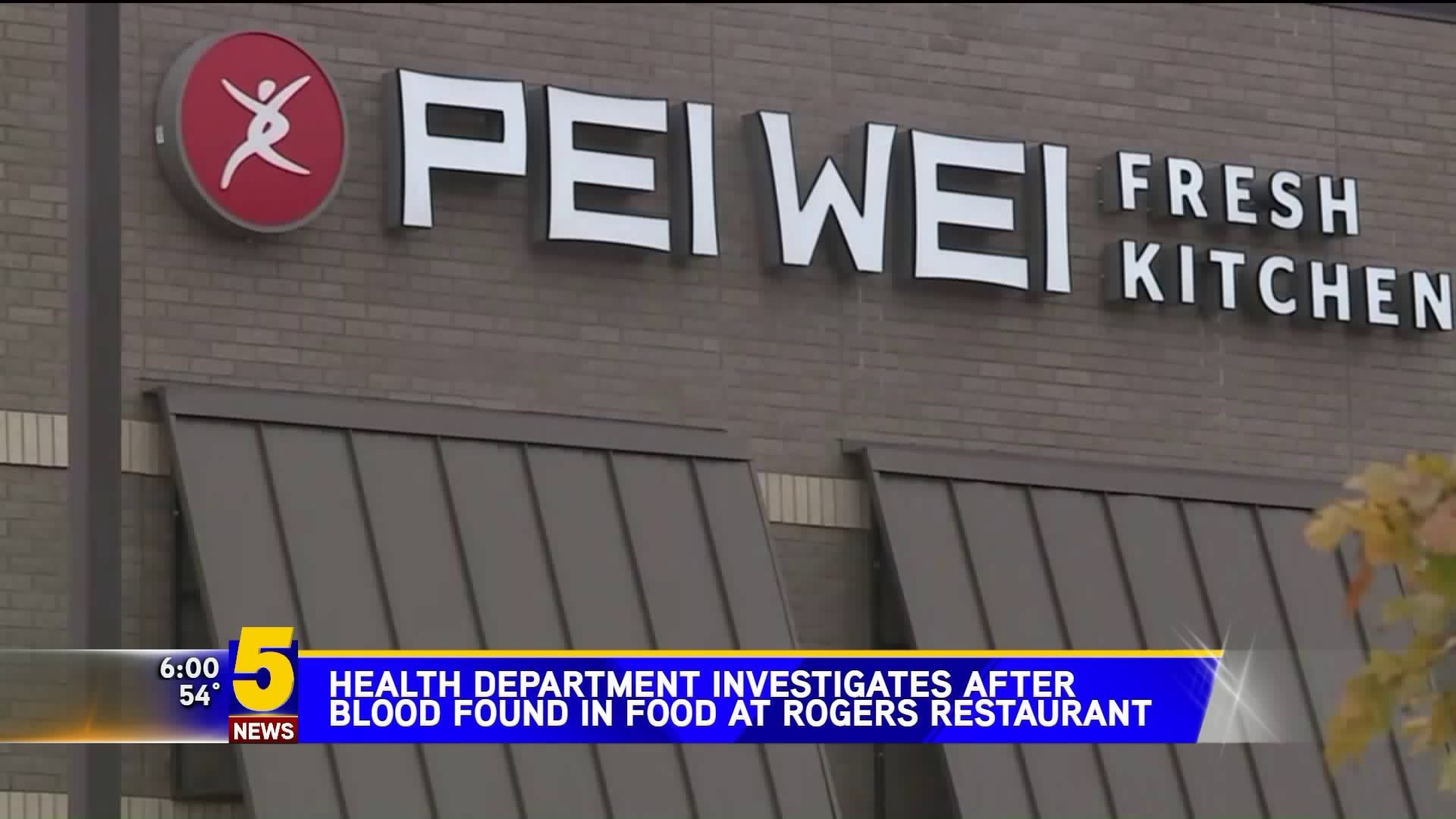 ROGERS (KFSM) -- Several customers of Pei Wei in Rogers are claiming they found blood in their food while dining at the restaurant Saturday night (Oct. 13).

Both the restaurant and the Arkansas Department of Health are investigating the incident.

Jackie Tuma and Stasi Thurston made the discovery after choosing the popular Asian eatery during a last-minute dinner decision.

After the duo received their food and began eating, Tuma said Thurston noticed something on the inside of Tuma's bowl.

"My friend [Thurston] noticed that there was some red item on my bowl," Tuma said. "We got to looking, and it was clearly blood."

Tuma says she took her plate to alert a manager of what she found, Tuma then learned she wasn't the only one who had blood in their food.

"Another lady came up and she had the same complaint that her little 8-year-old granddaughter had ate blood as well," Tuma said. That woman confirmed her story to 5NEWS but did not want to go on camera.

While talking with the restaurant's manager, Tuma and Thurston learned one of the cooks had cut himself while preparing food. The women said the manager then went back into the kitchen and directed employees to put on gloves.

"The response from [staff], pretty much, was that they would give our money back, and we kept telling them that wasn't what we were looking for," Tuma said. "We wanted some kind of assurance that we weren't going to be contaminated from this blood."

"I want everyone who ate there from the time we left to the time they closed to know there is a possibility that they could've ingested this man's blood," Thurston said. "It's not like we had bad chicken and got food poisoning. We ingested somebody's blood."

"Our utmost priority is the safety and health of our guests and employees. Our leadership team is aware of the incident at this restaurant and have begun an investigation to ensure that our strict safety and quality standards are being followed."

According to the Arkansas Department of Health spokeswoman, Meg Mirivel, as of Monday morning (Oct. 15), at least one person had filed a complaint against the restaurant.

The Arkansas Department of Health conducted an inspection Monday, where they found two health violations that have since been fixed. The health department complaints included an employee not properly washing their hands, and a kitchen utensil not being properly stored.