ROGERS, Ark. (KFSM) — Some parents in the Rogers School District are calling for change after their children were put on the wrong bus during the first day back... 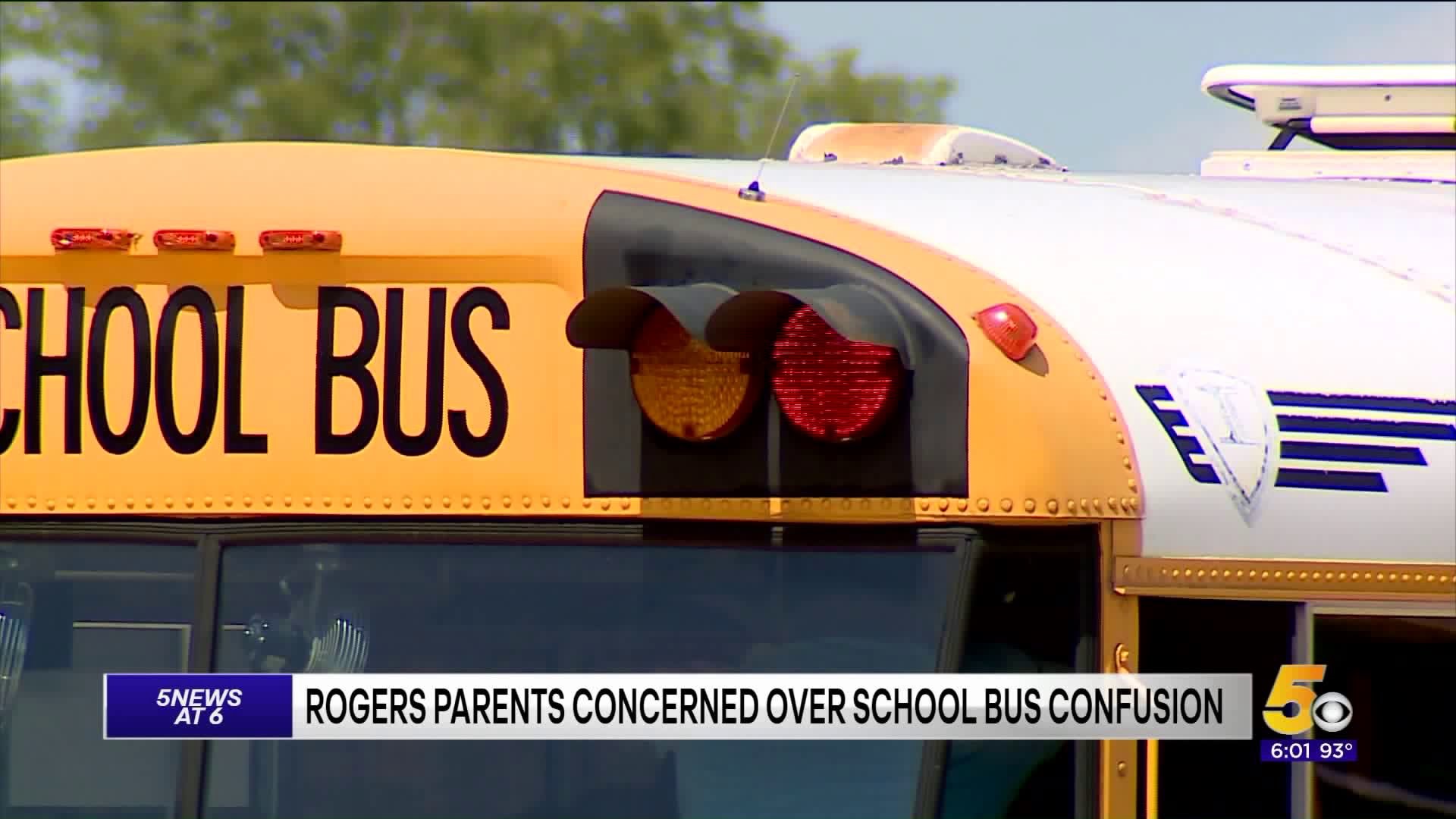 ROGERS, Ark. (KFSM) — Some parents in the Rogers School District are calling for change after their children were put on the wrong bus during the first day back to school.

One parent says her child was dropped off at the wrong stop and picked up by strangers.

Luckily the couple turned out to be friendly people, but Westside Elementary parent Amanda DeMent said she's speaking out in hopes that the school will take a closer look at its policies and procedures concerning school bus routes.

She says on the first day of school, Wednesday (Aug. 14) her 8-year-old daughter knew which bus number she should ride home from school.

DeMent says when her daughter did not get off at the bus stop near their home, she called the school. She said the staff there told her at first that her daughter walked away from campus. She says they then told her a man was bringing her daughter back to the school.

"It took every nerve in my body to not lose it," DeMent said. "I'm a very protective mother. To be told she walked away and now some stranger was bringing her back, I was very upset."

DeMent says the couple who picked her daughter up turned out to be nice people. She says they rescued her daughter form an unfamiliar neighborhood, crying and walking alone.

She says 8-year-old Kinzley was told by school staff to get on a different bus other than the one they had discussed at home. Once kids are let out of the door at school they go to a waiting line of buses, and she thinks this is where the problems lie.

"I think a better process could be put in place where maybe they put a print out from the bus barn with the child's name and match that up for the first week of school to get them acquainted," DeMent said.

Other parents of the district, whose child attends Elza R. Tucker Elementary, said their kindergartner didn't get off at his stop on the first day either. They say even with a tag around his neck displaying his bus number he was let onto the wrong bus.

At this time the Rogers School District wouldn't answer questions regarding policies and procedures, but they did issue a statement from the Transportation Director, Ron Young.

"With a new year comes new students, new routes, new boundaries, and new staff.  With all the new this year, the Transportation Department had to change bus numbers, routes, and drivers to accommodate the needs of the schools and our students.   While there may have been some confusion on the first day, all students made it home safely and were taken care of. Safety is always our first priority.  We ask for patience as we start the new school year.   If you have any concerns, please contact the Transportation Department at 479-631-3519."

Both sets of parents said they went to the school and spoke to leaders about the confusion.

DeMent says she hopes school board members and school leaders will make changes to their system to ensure the safety of children in the future. She also says she hopes the couple who picked up her child will reach out to her on Facebook so she can relay her appreciation for their help.

"More than anything I would love to see the school step up," DeMent said. "We pay taxes for these things and the bus system is great. It's awesome for our kids but it needs to be improved. I would like to see them step up their game."