BENTON COUNTY (KFSM) — A Rogers man is in the Benton County Detention Center on a long list of charges after leading police on a chase — twice — through the cou... 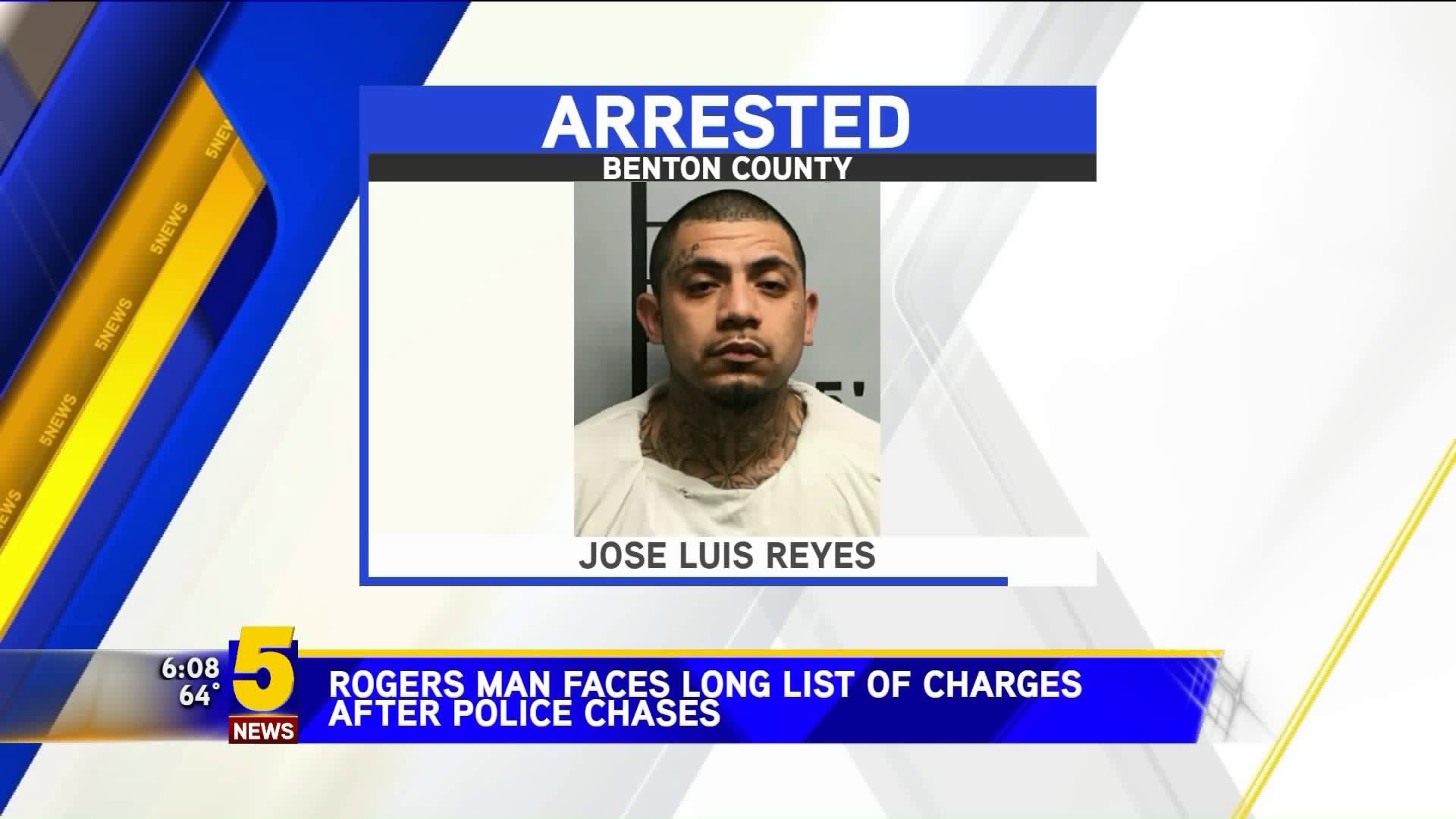 BENTON COUNTY (KFSM) — A Rogers man is in the Benton County Detention Center on a long list of charges after leading police on a chase — twice — through the county over the weekend.

According to an arrest affidavit, Lowell Police spotted a white Dodge Charger Hellcat carelessly driving east on Arkansas 264. The vehicle had been reported stolen, and Lowell Police had chased the vehicle during the night shift and said they would be requesting a felony warrant for fleeing.

At 1:40 p.m. on Saturday (March 16), Lowell Police followed the vehicle and attempted to stop it, but the driver took off traveling east on Arkansas 264. The car drove toward oncoming traffic until it reached U.S. 71 Business and Highway 264, then turned south on U.S. 71B and began driving down the center lane of the highway with police in pursuit, police said.

Police pursued the driver down U.S. 71B at speeds up to 110mph, with the driver mainly in the turn lane. A Benton County Sheriff's Deputy joined the chase at Las Fajitas and continued it once the Lowell Police reached the county line.

The driver sped through intersections at speeds up to 60mph, police said.

Eventually, the driver was captured by the Benton County Sheriff's Office with the help of the Air One helicopter and several law enforcement agencies.

The driver was identified as Jose Luis Reyes, 25, of Rogers. Police said Reyes had an outstanding warrant with $75,000 bond at the time of the chase.

He is now being held in the Benton County Detention Center on an additional $80,000 bond in addition to his previous bond, for a total of $150,000 bond.

Reyes was charged with the following: