ROGERS (KFSM) — A Rogers man said he’s been using a car that looks similar to a Benton County K-9 unit for his work as a repo man. Nicholas Dean Wil... 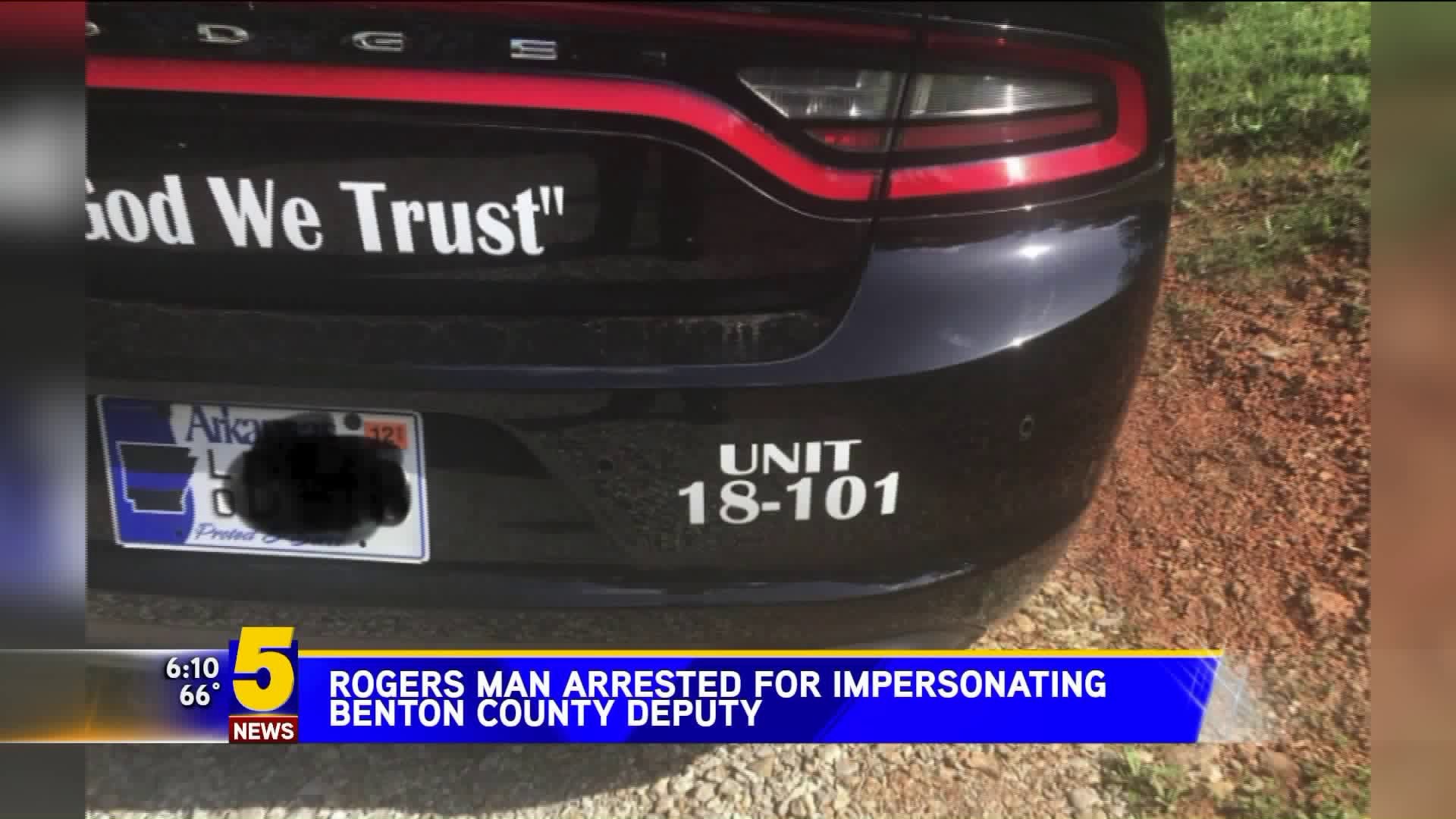 ROGERS (KFSM) -- A Rogers man said he's been using a car that looks similar to a Benton County K-9 unit for his work as a repo man.

Nicholas Dean Wilkerson, 39, was arrested Monday (May 6) in connection with criminal impersonation and carrying a weapon.

A deputy said Wilkerson pulled up next to his marked unit on Scenic Drive and reported that a car was chasing him, according to a probable cause affidavit.

The deputy said he first believed Wilkerson to be an off-duty officer, noting that his Dodge Charger had tinted windows and large white lettering that read "CAUTION WORKING K-9."

The car also had "In God We Trust" written on the trunk in large white letters, while the bumper had a message that read "UNIT 18-101," according to the affidavit.

Wilkerson's vehicle looks similar to some vehicles in the sheriff's office's fleet, which also encompasses Chargers with black and white markings.

Another car soon pulled up to the deputy and reported that they'd been following Wilkerson, who they thought was a police officer that was driving erratically.

They said they wanted to report him for speeding, failing to use turn signals and nearly hitting a school bus, according to the affidavit.

The deputy verified through dispatchers that the men had reported Wilkerson just moments before for driving erratically.

The deputy also discovered Wilkerson had a lengthy criminal history that included arrests for aggravated assault, domestic battery and failure to stop after an accident.

The deputy searched Wilkerson's car and found two sets of handcuffs and a collapsible metal baton, according to the affidavit.

Wilkerson, who admitted to driving erratically, said he uses the vehicle as part of his job in repossessing property.

Sgt. Shannon Jenkins, the spokeswoman for the sheriff's office, said impersonating a law enforcement officer can be dangerous for more than just the impersonator.

"Impersonating a law enforcement officer is not only criminal, it is dangerous and can put your life in jeopardy and others around you," Jenkins said.

Wilkerson is free on a $5,000 bond. He has a hearing set for July in Benton County Circuit Court.

Criminal impersonation is a Class D when a person uses a vehicle “designed, equipped, or marked so as to resemble … a federal, state, or local law enforcement agency,” according to Arkansas Code Annotated 5-37-208.

Class D felonies are punishable by up to six years in prison and a maximum fine of $10,000.