ROGERS (KFSM)– As a part of their expansion plan, the Rogers Historical Museum will remodel the old Hailey Ford building to add more gallery and office sp... 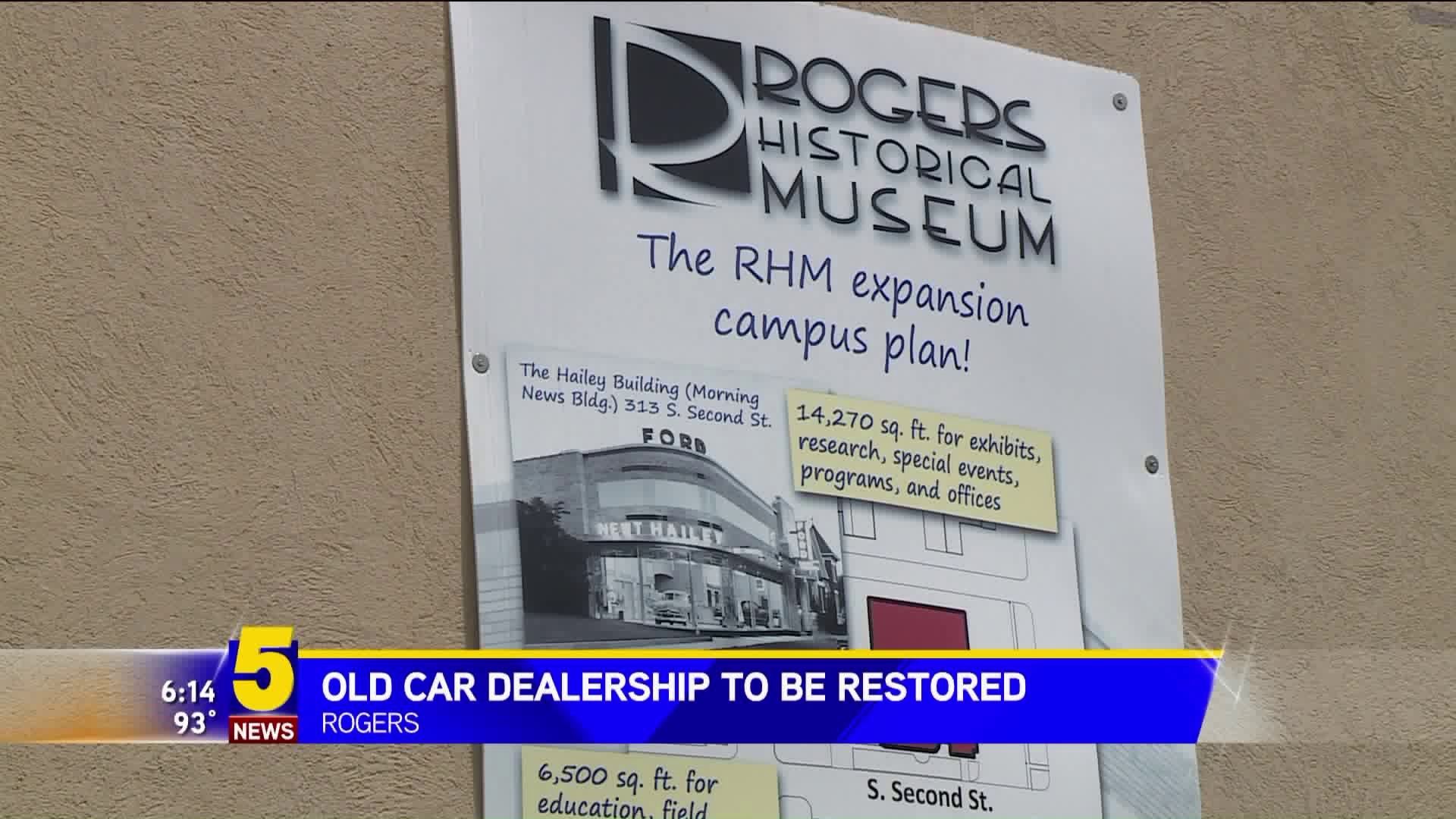 ROGERS (KFSM)-- As a part of their expansion plan, the Rogers Historical Museum will remodel the old Hailey Ford building to add more gallery and office space.

At the latest city council meeting, the city of Rogers committed to supporting this plan by offering up to $2.5 million, according to Curator of Exhibits Richard Calloway.

He said the entire project will cost about $5.5 million, which includes the purchase of the less than $800,000 building.

"With that and the city's commitment of up to $2.5 million, because we are still fund raising," Calloway said. "And the $5.5 million, the rest of that was all donations and grants that the museum raised. The museum has raised half that price."

Calloway said the building was built in the late 1940s.

It was sold and remodeled around the early 1960s, covering up the existing architecture.

Calloway said the museum has always known what was underneath the tan exterior, but never had an opportunity to do anything about it.

"It just so happened to correspond with our programs base needs with the galleries," Calloway said. "Our galleries, we'd already designed for a new building down here. We really were able to pick them up and they just sat right in that space."

The inside will be gallery space and offices for the museum, but the outside will look the same way the building did in the the 40s.

Calloway said there are currently people working behind the scenes on this project.

He said the public may start to see changes in the coming weeks.

The museum hopes the project will be complete and ready for visitors at the end of 2018.