NORTHWEST ARKANSAS (KFSM) — With the chance of some flash flooding in Northwest Arkansas this evening, local first responders warn drivers of the dangers of dri... 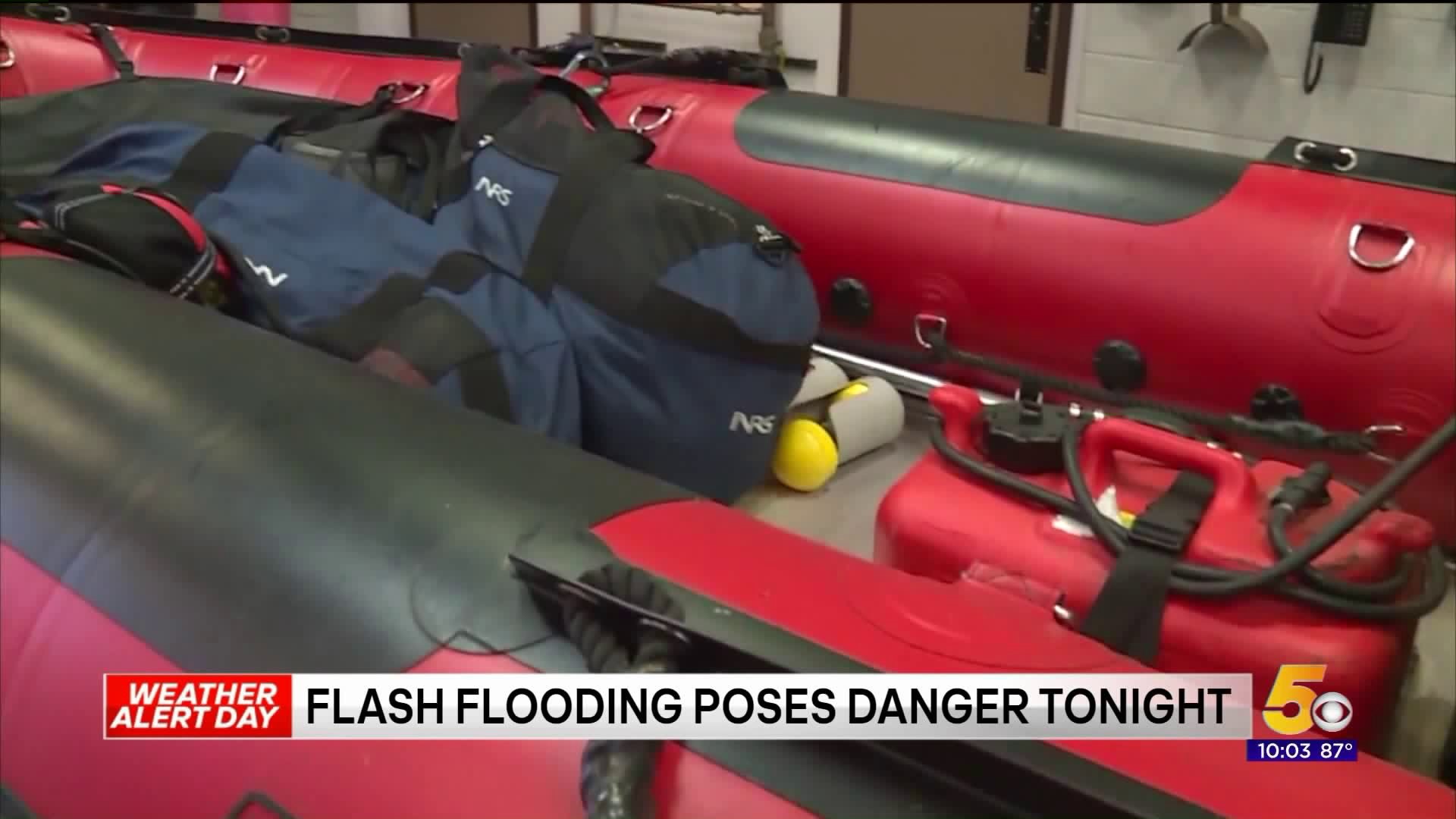 NORTHWEST ARKANSAS (KFSM) — With the chance of some flash flooding in Northwest Arkansas this evening, local first responders warn drivers of the dangers of driving through these conditions.

The Rogers Fire Department is reminding drivers that swift-moving waters are a serious threat.

Rogers Fire Captain Shawn Treat says the most common warning when it comes to water on the roads is to turn around don't drown.

When it's dark outside, it can be hard to tell if you are approaching an inch or a foot of water. Treat says this is when drivers need to be extra cautious and aware.

"A lot of things people don’t realize is six inches of water will reach the bottom of vehicles two feet of water will float and carry away most vehicles including SUVs pickups," Treat said.

He says places like Northwest Arkansas are more prone to flash flooding because of high elevation, but flatter areas can also be affected.

"Even in flat surfaces just like here in Rogers we still have a lot of flash flooding just in the streets, the water systems can't handle and cannot remove the rainwater fast enough," Treat said.

Treat says flash flooding rescues are the most common special operations calls the department receives. He says these warnings should not be taken lightly.

"They are taking their lives in their own hands when they don’t take it seriously, 75 people annually die in flash floods so it’s something not to be messed with," Treat said.

He says to keep yourself and first responders out of harm's way, it's best to avoid driving during flash flooding if at all possible.

The Rogers Fire Department says it only has to use it's swift water rescue equipment about three times a year, but first responders train frequently to stay ready at all times.