ROGERS (KFSM) – All 25 people who were hospitalized with inhalation injuries after an ammonia leak at a Rogers Tyson plant Wednesday (Dec. 10) have been t... 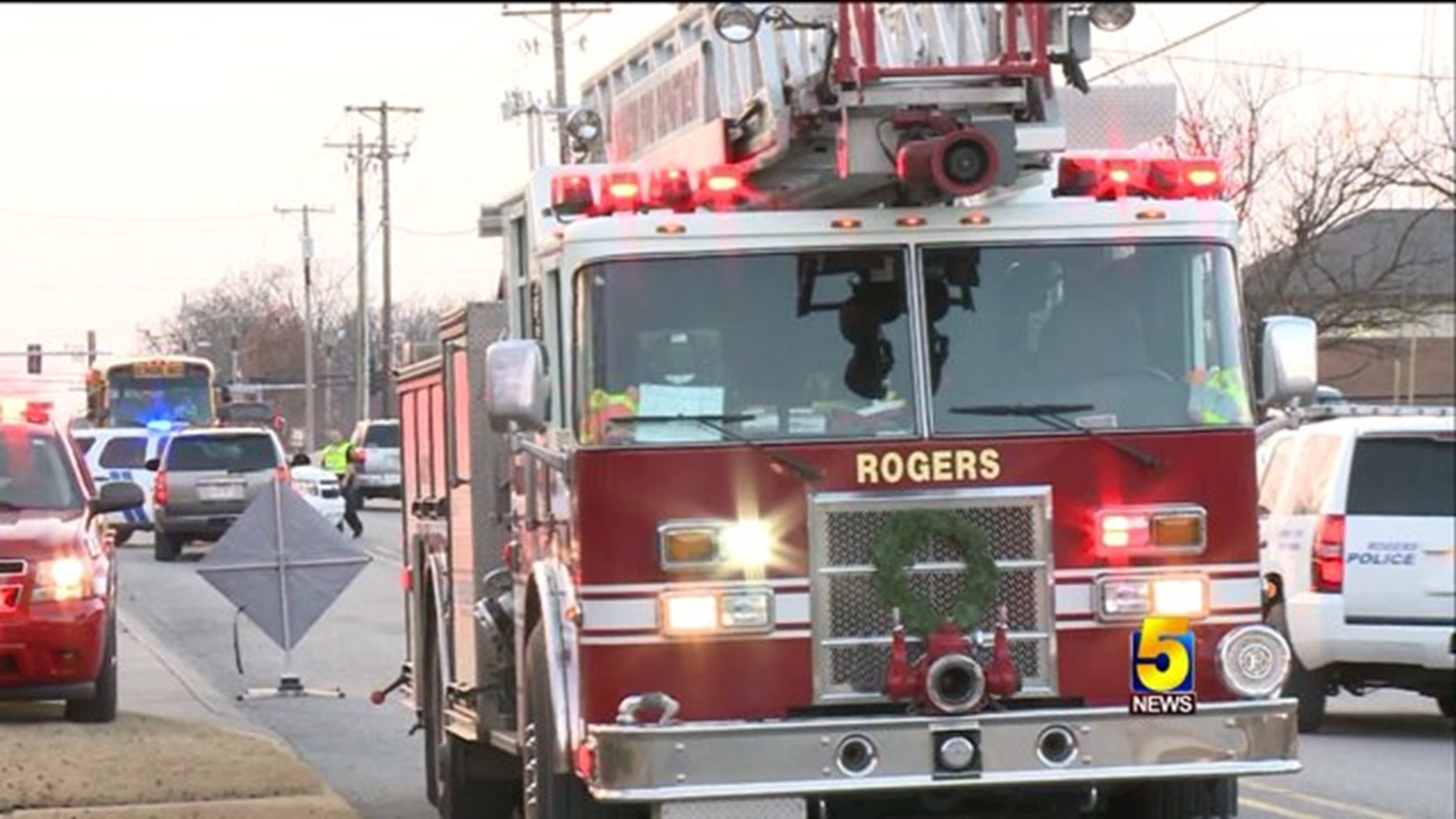 ROGERS (KFSM) - All 25 people who were hospitalized with inhalation injuries after an ammonia leak at a Rogers Tyson plant Wednesday (Dec. 10) have been treated and released, hospital officials said.

The patients were either taken by ambulance or drove themselves to Mercy Hospital in Rogers or Northwest Medical Center in Bentonville, officials said.

The ammonia leak happened around 3:30 p.m. at the Tyson Chick 'n Quick at 400 W. Olrich St., according to the Rogers Fire Department, which responded to the hazardous material situation.

"We were dispatched, initially, to an unconscious patient," said Battalion Chief Eddie Thompson. "On arrival, the first arriving units realized they had a possible ammonia leak, and upgraded the response to a hazmat response."

Thompson was one of 29 emergency personnel who responded to the scene. He said Tyson employees were able to stop the ammonia leak before they got there.

"It was actually pretty easy since the leak was stopped by the time we got on scene," Thompson said. "If it had been an active leak, it would've been more intensive."

No one in the neighborhood surrounding the Tyson plant was in any danger, according to Thompson, but some people said they were concerned.

Emergency responders said all of the patients taken to the hospital had ammonia inhalation symptoms.

"Our emergency department received 18 patients," said Jessica Eldred, the spokeswoman for Mercy Hospital. "We treated [them] for respiratory type symptoms, shortness of breath and trouble swallowing."

Eldred said the hospital had translators for patients who needed them.

"We were able to care for all of them in a very timely manner," she said.

Seven other patients were treated and released from Northwest Medical Center, said Pat Driscoll, a spokeswoman for the hospital.

"Contractors were performing maintenance on the roof of our Rogers Chick 'n Quick facility today and a small amount of an ammonia smell was pulled into the plant through the air conditioning system. As a precaution we immediately evacuated about 250 employees. There were some team members who asked to see a doctor and they went to the hospital. We're still gathering details, but initial readings inside the plant indicate that ammonia was not detected in the environment."

Employees were allowed back into the plant by 4:25 p.m.

"As a precaution we immediately evacuated about 250 employees when an ammonia smell entered part of our Rogers Chick 'n Quick facility today as contractors performed maintenance on the roof. Some team members asked to see a doctor and went to two area hospitals for observation. As of 9:30 p.m. all but one of our team members have been released from observation.

The health and safety of our employees is very important to us, that's why we have extensive safety and health training, programs and policies in place at all of our facilities. Our emergency plan worked as designated today.

We'd like to thank the Rogers Fire Department for a quick response and their assistance."

A Rogers fire captain said emergency personnel train with Tyson to respond to hazmat incidents annually. The last practice was during the previous summer.

The Rogers Fire Department responded to a similar situation on Aug. 31, 2013.